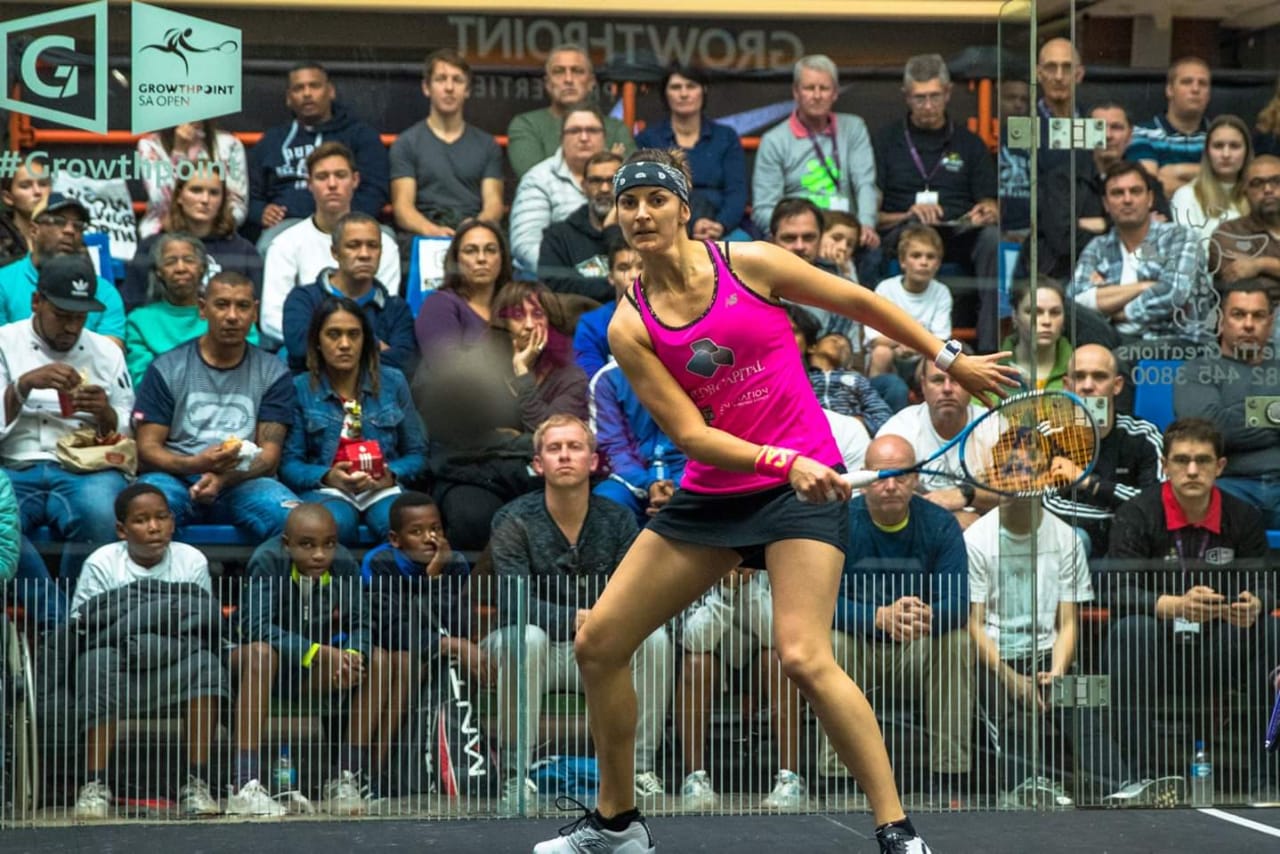 South Africa’s squash sensation, Milnay Louw recently reached the final of the Growthpoint SA Squash Open in Cape Town where she earned a silver medal for her efforts on the glass court, losing the match to Egyptian Menna Hamed. However, the professional has come a long way in her journey that has seen her cement her place as the fifth seeded local.

By the age of nine, Louw had already found herself on the courts and it was by no mistake that she had found herself becoming a squash player as both her parents had also played the game.

The Capetonian has continuously shown that talent together with hard work and determination one can fulfil their goals and create a brighter future for themselves.

Speaking to gsport after her final appearance on Sunday, 11 August, 2019, at the squash finals, the silver medallist had said that she enjoyed playing the tournament on her home turf and has taken away vital lessons along the way.

How was the Growthpoint SA Squash tournament for you?

Playing in my hometown on a glass court, with all the people I love there to support me is all any player can ask for.

What were the difficulties that you faced in the games that you were involved in?

Every match definitely comes with its own challenges, winning or losing. Having to deal with the court conditions, your opponents, and of course yourself.

What was the feeling like when you had found yourself getting into the final?

I honestly went into this (past) week, reminding myself that I have to enjoy my squash, going on court day after day trying to be as comfortable as I could on court and just be able to play freely. Reaching the final and getting a chance to play for the title is definitely why all of us entered the event. Also getting another chance to play the sport I love in such an incredible environment was really special.

Please explain that final match against Egypt’s Menna Hamed and how you found the match.

The final was tough. She came out all guns blazing, not giving me any room for error. I could not play the same game I did to reach the final, she simply did not allow me or gave me the opportunity to settle. She was just too good on the day.

What lessons have you taken away from this tournament?

Definitely to enjoy yourself and try to relax as much as you can with the pressures and expectations that’s involved with playing big matches. The sun will come up again tomorrow and if you’re not loving what you’re doing, its time wasted.

When you look at yourself and your game over the years, what would you say has stood out as your biggest improvement in your game?

Definitely to take more of the moment in. Not to stress too much about things, what’s happening around or even inside the court. It’s impossible to always play the perfect game or to always win. It’s sport. Your journey getting through all those tough moments and the happy moments is what it’s all about.

What goals have you set for yourself for the near future?

I will definitely be focussing more on giving back, especially to juniors. Doing more coaching clinics and developing squash where I can.

Photo 1 Caption: South Africa’s Milnay Louw in action during the semi-final round of the Growthpoint SA Squash Open at V & A Waterfront in Cape Town, Western Cape where the Capetonian finished second at the tournament. Photo: Squash South Africa on Facebook