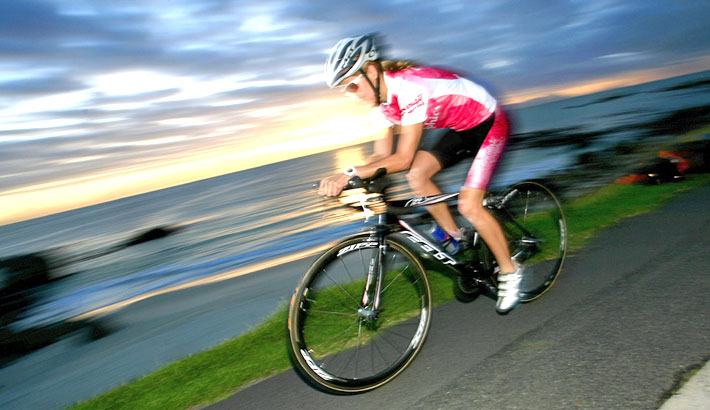 Kate Roberts is on a mission to blood the next generation of star South African triathletes.

The recently-retired two-time Olympian – and 2014 Commonwealth Games silver medallist in the team event – is in the process of launching an Elite Junior Triathlon academy, at the High Performance Centre.

The former globe-trotting 31-year old will dedicate six days a week to training aspiring triathletes aged between 13 and 20 in Pretoria.

Roberts told gsport: “My main focus is going to be developing juniors with a hands-on coaching and mentoring style, by providing them with the necessary skill-set to enter into the ITU format of racing, with the intention of being our future triathlon stars in the Olympic format of racing.”

The modest endurance athlete says she is particularly keen on blooding female triathletes.

“During the past 10 years I have also seen a great interest and increase in female participants in South African triathlon races, and I want to help develop female triathletes from all levels and formats of racing (beginner to advanced, Olympic distance and long course triathlons), and encourage them to improve and enjoy the sport of triathlon.”

On her decision to call time on her career, she told Mark Etheridge for Road to Rio 2016: “To be honest my retirement has been brewing for a long time now, and I have realised that to carry on pursuing triathlon at ITU level requires 100% dedication and motivation, and that my heart is not directly in it like it used to be,” said the 31-year.

“I also feel I desperately want more balance in my life now, and since I have been home, I also realise there is a desperate need to develop the future of triathlon in South Africa, and if no one does this, then the sport will have no more Olympians.

“So there are a number of reasons, but I am happy with my decision and know it is the right one.”

Setting out her goals for post-retirement, Roberts explained on her blog why she wants to run an Elite Triathlon Academy: “This will be my way of giving back to the wonderful sport by developing future South African triathletes.

“I will endeavour to put the same energy, passion and commitment that I did into my professional triathlon career into my new venture. I will pass on all the many lessons and experiences I’ve learnt along my way, and invest them into future triathlon stars.”

Photo 1 caption: A significant sun set for SA’s 2-time Olympic triathlete Kate Roberts as she calls an end to professional competition, and gears up to launch an Elite Junior Triathlon Academy at the HPC aimed at developing the future of Triathlon in SA. Photo: Supplied

Photo 2 caption: The prolific multi-disciplinary athlete has called time on a 12-year international career of proudly bearing the flag of SA around the globe, in pursuit of her dreams. Photo: Supplied

Photo 3 caption: 31-year old Roberts is intent on giving back, in particular, to the women athletes in South Africa: “This will be my way of giving back to the wonderful sport by developing future South African triathletes. I will endeavour to put the same energy, passion and commitment that I did into my professional triathlon career into my new venture. I will pass on all the many lessons and experiences I’ve learnt along my way, and invest them into future triathlon stars.” Photo: Supplied