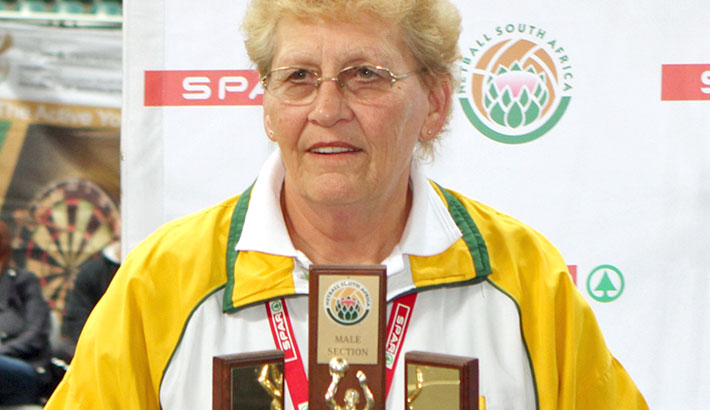 Netball South Africa (NSA) announced on Tuesday the appointment of Benny Saayman as Head Coach of the SPAR Protea team. She will be assisted by Dr Elsje Jordaan and Martha Mosoahle.

Their appointment is with effect from 1 February 2015 till 31 August 2015. They replace Elize Kotze, who resigned as head coach last week, for personal reasons.

“We are confident that Ms Saayman would be able to guide the team to a successful Netball World Championships (WNC),” said NSA President Mimi Mthethwa.

“She is a mature coach who has been on the same platform before, and during her tenure the team was ranked fifth in the world.

“Ms Saayman was the coach for the Western Stings, the NPL that won the second division of the Brutal Fruit Netball Cup last year. Her trademark is playing basic netball,” continued Mthethwa.

“It would be important for our team to go back to playing basic netball where all the skills they have acquired in the last three years under the former coach would come in handy to support and strengthen their play.

“We had a frank discussion with Ms Saayman to ensure that she and her assistants work as a team. We are happy with how she sees their roles as individual coaches. She was given the opportunity to suggest who she thinks would add value to her game plan; she identified the two assistants,” said Mthethwa.

“I am confident Dr Jordaan would contribute a lot towards the attack aspect of the game while Martha Mosoahle is very good in mid-court and would be instrumental in improving this area of the game,” said Saayman.

“I will guide and nurture both the assistant coaches. Elsje (Jordaan) played under me when I was national coach, I know her as a player and I can also say she is currently the best game analyst we have in South Africa.

“She and Martha both captained the SPAR Proteas during their playing days. I will also work hard to build the team to understand that we are family. I would like our team to play basic, fast netball”.

Saayman said South Africa had enough quality players, both black and white, to do a good job in the WNC. She was quick to point out that she was not coming in to perform miracles but was definitely looking forward to the challenge of preparing the team to do well at the WNC.

South Africa is drawn along Malawi, Singapore and Sri Lanka in Pool C (INF has indicated that this might change). Although this might look like an easy pool, it would be bad for the team to take these teams lightly. Regardless of where the team ends in the pool, if they are position one or two they are guaranteed to meet either Australia or New Zealand in the next stage of the competition.

Mthethwa said plans for team preparation had been worked out before the Kotze’s resignation, and Saayman was expected to proceed with these plans.

Photo 2 caption: Former SPAR Proteas skipper, Martha Mosoahle-Samm has been appointed as co-assistant coach of the SPAR Protea Netball team along with Dr Elsje Jordaan, under Ms Benny Saayman as Head Coach, following the retirement of Elize Kotze. Saayman sees Mosoahle as a mid-court specialist, instrumental in improving this area of the game. Photo: Reg Caldecott

Photo 3 caption: Rated the best analyst in South Africa, Dr Elsje Jordaan has been appointed as assistant coach of the SPAR Protea Netball team to contribute towards the attack aspect of the game. Photo: Reg Caldecott