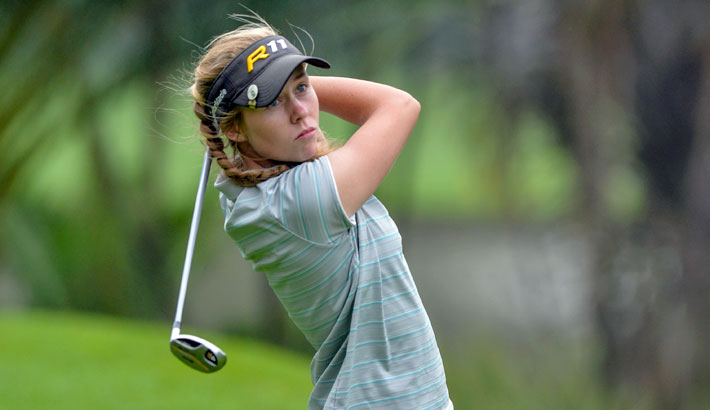 Team South Africa will have to rally after defeat in their opening match at the Astor Trophy at The Grange Golf Club in Adelaide, Australia on Tuesday.

The national team were beaten 2 – 0 in the Foursomes by Great Britain & Ireland and lost all but one of their four Singles to the defending champions.

The Brits pulled out all the stops against South Africa to get their title defence back on track after their first round loss against New Zealand.

Bronte Law and Chloe Williams defeated Bertine Strauss and Ivanna Samu 3 & 1 to in the Foursomes, while Lora Assad and Eleonora Galletti were handed a 6 & 5 drubbing by Charlotte Thomas and Hayley Davis.

English Women’s Amateur Champion Bronte had to battle all the way to the 18th to beat Strauss 1-up.

Only KwaZulu-Natal amateur Michaela Fletcher, who sat out the Foursomes, could muster a point for South Africa when she defeated Williams 4 & 3.

Australia were a point down after the Foursomes, but rallied with three wins in the Singles to defeat New Zealand 4 & 3.

The host nation will enjoy a bye on Wednesday, while South Africa face New Zealand and Canada take on the defending champions.