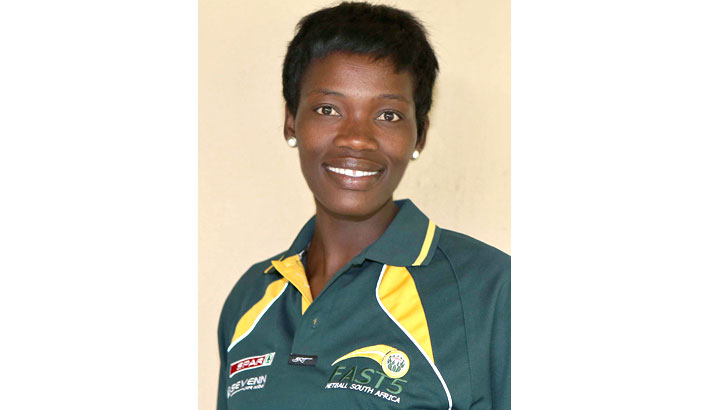 SPAR Proteas defender Phumza Maweni has become the latest South African to be signed by a UK Netball Superleague team for the 2015 season.

Announced earlier in December, inspirational SPAR Proteas captain Maryka Holtzhausen became the first South African to join an English SuperLeague franchise, when she was signed by Loughborough Lightning the 2015 season.

Holtzhausen brings leadership qualities, which will complement the current crop of youthful talent at Lightning. Holtzhausen will stay until the completion of the NSL when she will return to South Africa to resume her World Cup preparations.

The popular SA skipper is renowned for her creative attacking play and accurate shooting.  She is also extremely versatile, being able to play in all three front line attacking positions.

“I am very privileged to be given an opportunity to play for Loughborough Lightning in the 2015 season,” said Holtzhausen. “I am extremely excited not only about what Lightning can offer me as a player, but what I can offer them. I am truly blessed.”

Having represented South Africa at the recent Fast 5 World Series in New Zealand, and one of the stand-out players at last season’s Brutal Fruit Netball Cup, Maweni will also join the Loughborough Lightning, where she is keen to develop her own game while adding strength and depth to the Lightning defensive end.

Maweni, who represents the Southern Stings in the Brutal Fruit Netball Cup, joins SPAR Proteas captain Maryka Holtzhausen as one of the Lightning’s three overseas players for the new season.

The South Africans are joined by Uganda shooter Peace Poscovia.

Loughborough Lightning Head Coach, Karen Atkinson said: “It is fantastic for Loughborough Lightning that we are able to secure a player of Maryka’s calibre. I have watched her play for South Africa for many years, and have been impressed by her skill level, play making ability and composure under pressure.”

Atkinson said the three international players had settled in well since their arrival in Loughborough.

“The girls have integrated well with the rest of the squad. I am excited by their style of play, and how it will enhance the performance of the squad this season.”

“Phumza and Peace add some much needed height and range to both attack and defence circles, and Maryka is an intelligent play maker with quick hands and accuracy of shot.”

Speaking about the squad announcement Atkinson said: “It is important that this squad improves this season, both in performances on the court, competitiveness in every game and in its’ win-loss ratio.

“It was important to bolster this group with new players that have experience, the hunger and competitive drive to play Super League netball, and who could offer something different both on and off the court.”

Netball SA President Mimi Mthethwa said the federation was excited by the international attention the South African players had received.

“We are blessed with exceptionally talented players in our country who through much hard work and determination have shown that they have what it takes to play at the highest level,” said Mthethwa.

“This is a wonderful opportunity for these sportswomen to further build their international profile, and we wish them all the best for the tournament and year ahead. With the World Cup fast approaching it is also ideal preparation for the two.”