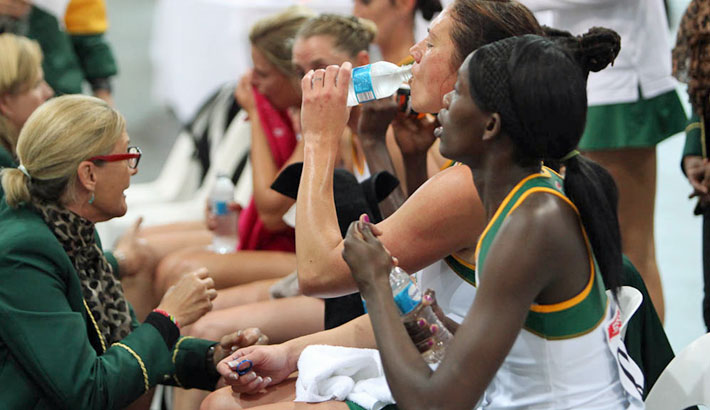 Netball South Africa (NSA) confirmed on Wednesday that it had accepted the resignation for personal reasons of the head coach of the SPAR National team, Elize Kotze.

“We had a meeting with the coach on Monday to discuss the team’s preparations for the World Championships in Sydney in August,” said NSA President Mimi Mthethwa.

“At that meeting, she read us a letter tendering her resignation.  She said she had given the matter much thought and had decided that it was necessary for her to resign.”

In her letter of resignation, Kotze said she had experienced a trying time in her life, and for personal reasons beyond her control, had  decided to resign as national coach.

It is known that Kotze’s son has been critically ill, spending several weeks in intensive care.

Kotze said it had been an honour and a privilege to coach the national team.

“I am passionate about netball, and have always believed we can compete successfully against the best in the world,” she said.

“Their talent is exponential, and I will be behind them all the way.”

Mthethwa said Kotze’s resignation had come as a shock, but there was still enough time for a new coaching team to prepare the Proteas for the World Championships.

“We will have a team of coaches focusing on different aspects.  For instance, while our defensive play is outstanding, we need to be more attacking, so we will have a coach who can develop that style of play,” said Mthethwa.

“The team of coaches will operate under a head coach, and we expect to make that appointment next week.”

“We are very grateful to Elize for her outstanding work with the team,” said Mthethwa.

“She took over when the team was down, and brought them back into contention.  She has laid an excellent foundation for the coaching team to build on.”

Mthethwa said NSA had considered bringing in a coach from one of the powerhouses of world netball, Australia or New Zealand, but felt that there were people in South Africa who were capable of taking the team further.

“However, we are bringing the former Australian coach, Norma Plummer, out to work with the 15 top players for two weeks in February.  Norma was coach of the Australian team that won gold in Singapore in 2011, and she will bring much to our team.”