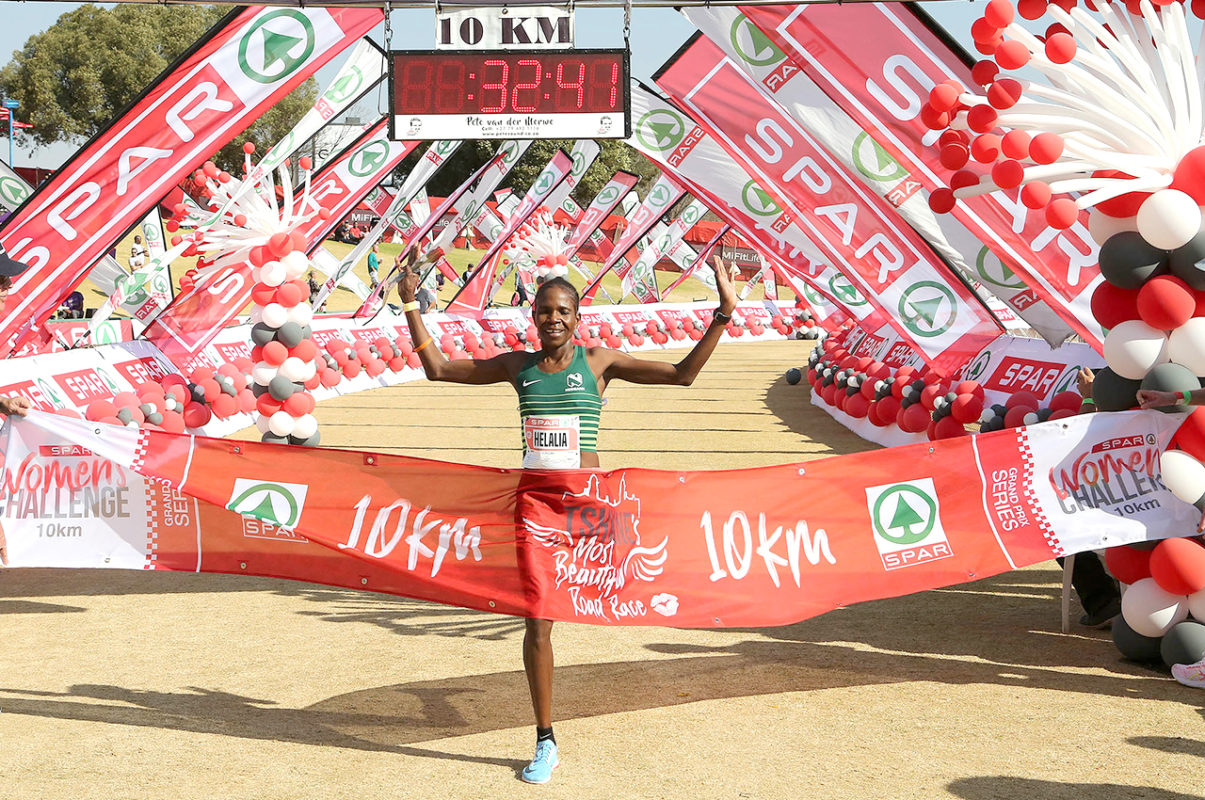 Namibian star Helalia Johannes (Nedbank International) won her fourth successive SPAR Women’s 10km Challenge when she led from start to finish to win the Tshwane race at Supersport Park on Saturday afternoon, in a record time of 32.29 minutes.

Johannes was fresh from coming second in the Bogota half-marathon in Colombia, which was run at an altitude of 2700 metres.  She said she was excited about her last two seasons of running, because she was doing better than ever before.

Johannes shot into the lead from the start and the chasing pack were not able to reel her in.

“My coach told me not to worry about anyone else, but to run my own race.” – Helalia Johannes, winner of the SPAR Women’s 10km Challenge in Tshwane

I was feeling good and I am happy with my performance,” said Johannes.

She confirmed that she would run in the Pietermaritzburg SPAR Challenge later this month, but said she took things from day to day, and could not commit herself at this stage to running in the last race, in Johannesburg in October.

“I am training for the World marathon championships and they are just before the Joburg race, so I will just have to see how I feel.”

Nare, who won the South African half marathon in Port Elizabeth last weekend, said her legs were still tired after the half marathon, but she was delighted to have finished second.

“I think it’s my favourite race and I was very happy to get a podium finish. I have had some health issues but I am feeling stronger now.”

Former Grand Prix winner, Kesa Molotsane (Murray&Roberts FS), who finished eighth, said the presence of the international athletes in the SPAR Challenge series was good for running in South Africa.

“They are spurring us on to faster times and they are making it very exciting for us.  I think it’s good that different people are getting onto the podium in each race,” she said.

Forty-thousand 940 people took part in the 10km Challenge and the 5km Fun Run.