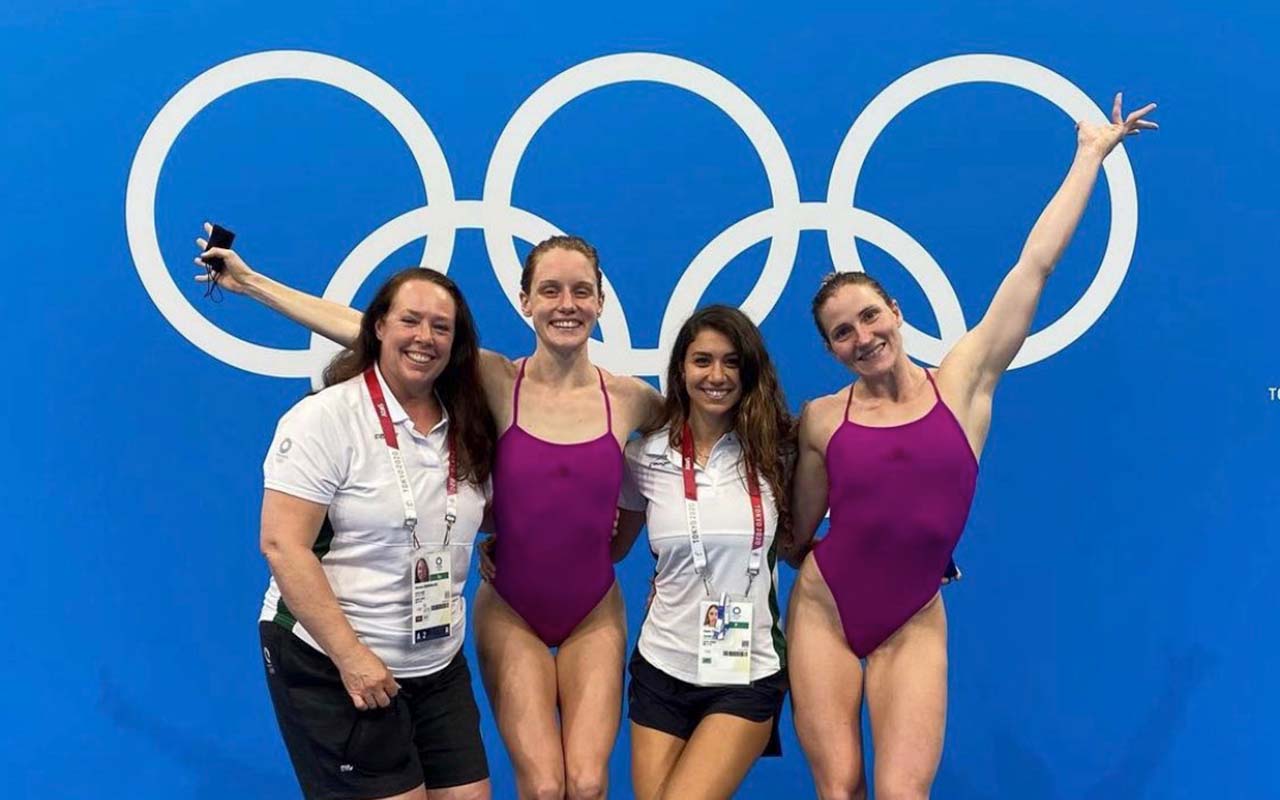 The South African artistic swimming duet of Clarissa Johnston and Laura Strugnell will be leaving Tokyo with their heads held high after setting a new benchmark in the sport.

With the country represented in the Olympic artistic swimming pool for the first time since 1992, the pair scored 72.1667 in their free routine preliminary on Monday, 2 August 2021, and followed that up with 70.9099 in the technical routine a day later.

“We’re super-stoked. It started off really well yesterday when we got all sevens,” said Johnston who was convinced out a six-year retirement by her partner, to first qualify and now compete at these Games.

“We got a 72, which is the highest score South Africa’s ever got at a major international event. Then today’s event is more technical so there are required movements and we got a 70 which is slightly lower than yesterday but that’s normal for this routine so we’re still super-stoked we got the 70.

“It’s kind of been like a glass ceiling for South Africa. We came here, we did it, so whatever generation comes after us, we’ve set that for them. Now when South Africa walks out into the world, they’re like this country is a 70 and above.”

As for the performance itself, which is judged on artistic expression, difficulty and execution, Johnston added: “We recently changed our music to something more upbeat and it was just more fun and more high energy. It was really great because we could see a few South Africans in the stands as well which was so special.”

Asked whether it had been worth putting retirement plans on hold, Strugnell reckoned: “People are trying to get us to stay and not retire again but it’s definitely been worth it. It’s not been easy, there’ve been a lot of difficult things and it’s been mentally draining as well as physically, but today it was worth it.”

Apart from working their way back into form after a break from the sport, and all the complications that Covid-19 threw their way in terms of travel between their respective bases in Johannesburg and Cape Town, Strugnell was also hospitalised for several weeks last year with Meningitis. So it’s been a triumphant return all round.

“We don’t know what the future holds now. We’re not 100 per cent sure yet,” she explained.

“It’s been a ton of hard work,” said Johnston. “We’ve had a great support system – we’ve had each other the whole time, but we’re old now. I’m 30 so my body is like ‘what’s happening?’” she concluded with a laugh.

Photo 1 Caption: The South African artistic swimming duet of Clarissa Johnston and Laura Strugnell will be leaving Tokyo with their heads held high after setting a new benchmark in the sport. Photo: Team SA (Twitter)