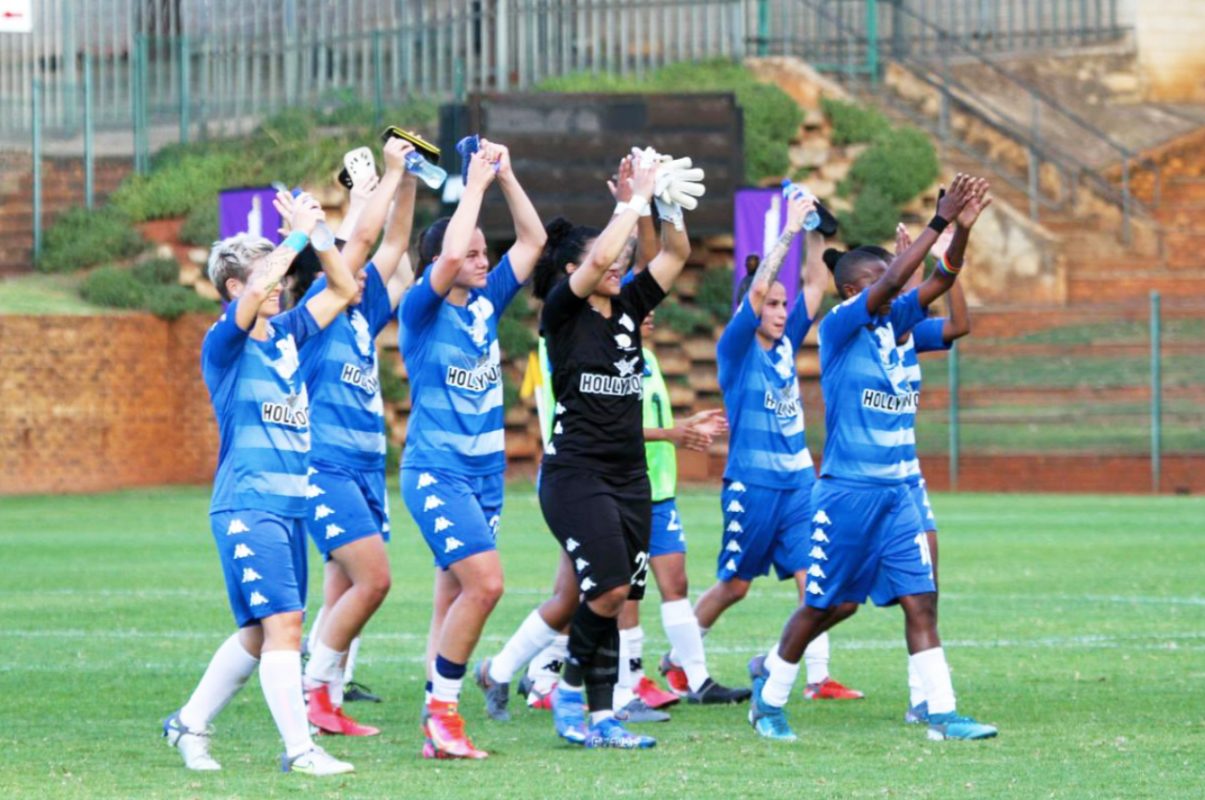 Other teams that walked away with three points were Bloemfontein Celtic Ladies, University of the Western Cape and Thunderbirds Ladies FC who won 2-1 against newly promoted CR Vasco Da Gama, City Lads and Golden Ladies, respectively.

The fixture between Durban Ladies FC and Tshwane University of Technology FC was postponed due to the heavy rains that affected the KwaZulu-Natal province.

On Sunday, matches continued at Giyani Stadium where Limpopo side First Touch FC beat Tsunami Queens 5-0 in the first match of the day.

In the afternoon match, Ma-Indies FC entertained defending champions Mamelodi Sundowns Ladies. It was the latter who claimed a 2-1 win with Boitumelo Rabale receiving the Player of the Match award.