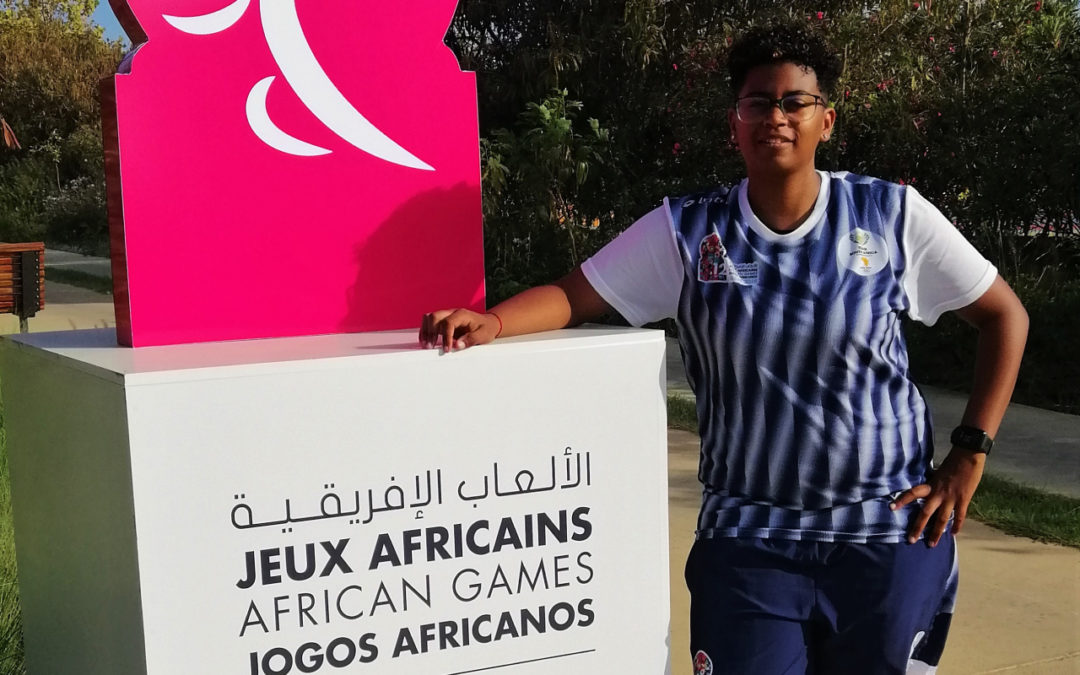 South Africa’s physiotherapist and owner of MOVE, Kayla Richards, is a key player in the University Sport South Africa (USSA) team and is eagerly awaiting the Olympic Games to practice her craft once again.

Richards has always enjoyed watching sport when growing up and attests to not playing anything except inter-school athletics.

“At the age of eleven, one of the youth leaders at church started his own girls football team and asked if I was keen on joining. At first, I was sort of at the bottom of the pack but eventually played my way through the ranks,” she explained.

Her passion for sport carried on along with her desire to become a physiotherapist or a chef, but her aspiration to change daily lives through sport is what helped her make her decision.

“My passion for sport and interest in the human body basically chose my career for me.” – USSA Physiotherapist, Kayla Richards

As she put it best: “My passion for sport and interest in the human body basically chose my career for me”.

As a young physiotherapist, USSA played an important role in her development and progression.

Richards has been part of the medical team at the Confederation of University and Colleges Sports Association (CUCSA) Games (Botswana 2018) and FISU World University Games (Napoli 2019 Summer Universiade)—recognising that these experiences helped her grow through the years.

“Being selected to be part of the medical team gave me my first experience in representing the green and gold and being part of USSA has definitely been a stepping stone in aiding my career as a sports physiotherapist to take off and grow,” she explained.

“Whilst working at various competitions especially internationally you get to grow and expand your knowledge as a professional through interactions with therapists from other countries.”

“One of the key lessons I’ve learned being part of USSA is that teamwork makes the dream work.” – Richards speaks on working with USSA.

The 27-year-old has been grateful to USSA for allowing her take a hands-on role in the organisation and teaching her key lessons early in her career.

“One of the key lessons I’ve learned being part of USSA is that teamwork makes the dream work. Most importantly we put athletes first, after all without the sports men and women there won’t be any events.

“When involved with USSA we’re always guided by good leadership and I’d like to think that it has helped me enhance my leadership skills outside the organisation,” she revealed.

Richards, who completed her BSc Physiotherapy in 2015 at the University of the Western Cape, has also faced many challenges during lockdown as a physiotherapist.

She elaborates that most practices cut down operating hours, limited treatment to in-hospital and emergency cases in attempt to flatten the curve.

“Lockdown forced us to be creative as we started doing video consultations with patients.” – Richards speaks on her approach during Covid-19 lockdown.

“With all sports being cancelled I had to adapt to all the extra free time I suddenly had especially over weekends (where I would normally be field-side).

“With that being said, I was provisionally selected to be part of the medical team to go to the Tokyo Olympics. Unfortunately, that didn’t take place,” she mentioned.

“Lockdown forced us to be creative as we started doing video consultations with patients (tele-health) to minimise relapses and to keep rehabilitation programs going.

“On the bright side, once restrictions were eased, I got the opportunity to be part of making history as I worked in a second-tier football division whilst living in a bio-secure environment. That was a challenging but good experience as well.”

She went on to explain the importance of sports physiotherapists and how they commonly need to make important decisions about athlete performance—sometimes in a matter of seconds.

“Once people actually know what their body is going through and what physiotherapy is all about, then only do they realise that we don’t just do massages.” – Richards explains the misconceptions about physiotherapy.

She also mentioned how common misconceptions can also lead to actual realisation once they are educated about the profession.

“One way I try and change people’s perception about physios, is through education. I’m a firm believer in that when you leave my treatment room you are well aware of what your injury is all about, the management as well as the role you as the patient has.

“Once people actually know what their body is going through and what physiotherapy is all about, then only do they realise that we don’t just do massages,” she shared.

“I believe we all have something to learn and something to teach one another. You grow and learn from the people you’re surrounded by.

“I’m just grateful that I got to work with so many different people and apply their knowledge to my career as well as my personal life.

“I’d also like to thank USSA for all the opportunities they have given me to apply my trade and work with some of best athletes in the country,” she added.

“You’ve got to grab every opportunity you get and make a difference in at least one person’s life wherever you go.” – Richards explains on getting opportunities and making the most out of them.

Richards who comes from the Cape Flats further stated that being a sport medical leader in her country meant that each player’s life is the responsibility of people in her position.

“This becomes very tough and stressful especially in a male dominated environment, however you just have to own it and back yourself.

“Most us don’t think that we are capable of being in this position. You’ve got to grab every opportunity you get and make a difference in at least one person’s life wherever you go,” she said encouragingly.

On Richards goals to achieve list, the Olympics remains one of her biggest along with continuing her passion for being involved in sports.

“I’d like to continue being involved with sports and at the same time grow my practice and brand of physiotherapy, whilst changing how people view the industry.”

One thing for sure is that burning desire of Richards’ Olympic dream is much alive. With her already impressive rapport, she would like to continue across various competitions and hopefully secure a Head of Physiotherapy position with one of the South African teams.