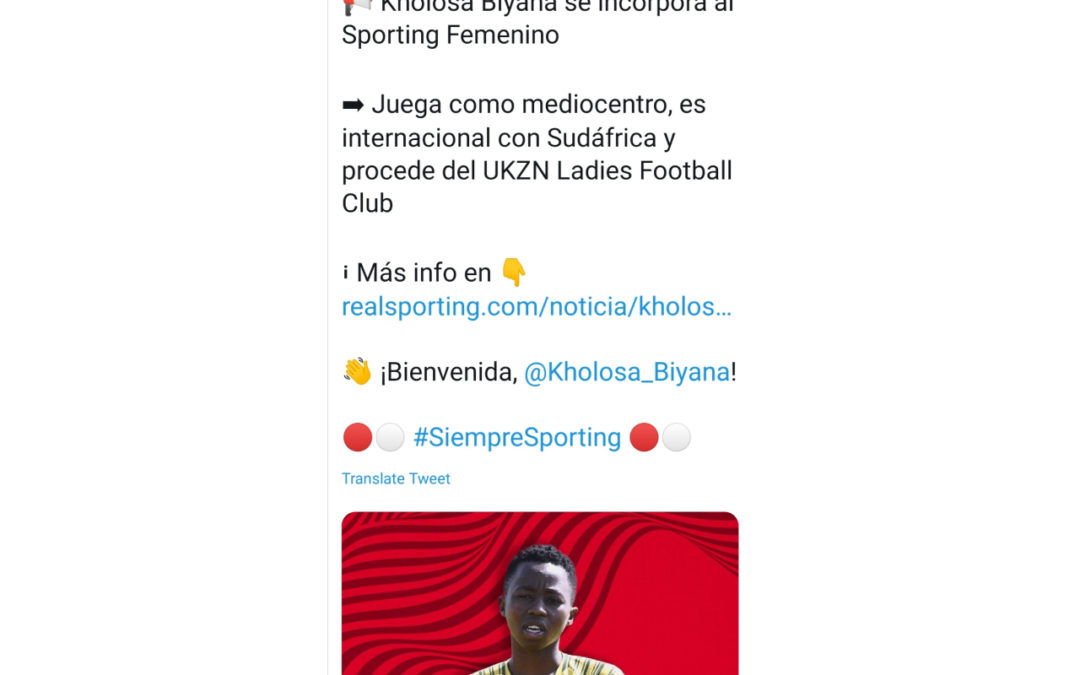 South African footballer, Kholosa Biyana is grateful for her new career challenge after signing with Real Sporting in Spain.

The 26-year-old joins the club on a one-year deal from UWC Ladies Football Club.

“This is a great opportunity me, and it’s all due to patience, faith and hard work from my side,” she said.

Biyana joins the growing list of South African footballers who are plying their trade on the international stage and she believes playing at the 2019 FIFA Women’s World Cup opened doors for the national team players.

“I think going to the World Cup was key, now look at how many of us have signed (abroad).

“SA has always had the talent, I think the key was working extra hard and getting the exposure, the world knows that in the Southern Region there is Banyana Banyana with talented female soccer players.

“I believe this is only the beginning of great things.”

Going into her new team, Biyana is looking forward to familiarizing herself with her new teammates and being consistent on the field.

“I don’t know much about my teammates, but I know a few things about the team.

“It is a big team in Spain with great history, especially the mens side…the first thing I’d love is to adapt fast, be consistent and help the team gain promotion,” she ended.

She becomes the latest Banyana player to join the international exodus, she was part of the Banyana team that won the COSAFA Championship 2017/18/19 & represented SA at the @FIFAWWC in France last year👏 pic.twitter.com/hB2pd5H9Xk