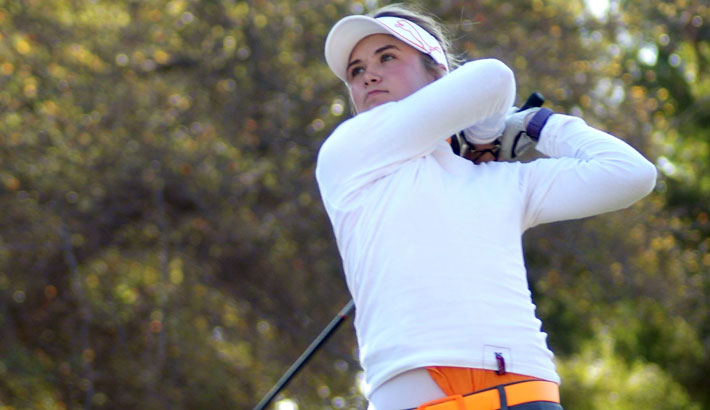 Women’s Golf South Africa (WGSA) celebrates its centenary this year at a time when the local women’s game is the strongest it’s ever been, and with this weekend’s Sanlam Women’s SA Amateur Stroke Play Championship set to showcase this.

The country’s leading women’s amateur tournament tees off at Stellenbosch Golf Club this Sunday with a top field of 115 players including golfers from as far afield as Russia and the United Arab Emirates, and nine of South Africa’s top-10 ranked players.

Missing from the field are two of South Africa’s most promising women golfers in defending champion Nobuhle Dlamini and Kim Williams, both of whom have since turned professional. Dlamini crushed the field in the 2013 championship in Pretoria when she won by 12 strokes and became only the sixth golfer since 1969 to have successfully defended her title in this event.

Kruger comes into this year’s championship as a rapidly maturing golfer who has not only dominated the women’s amateur circuit, but also claimed three top-10 finishes on the new Sunshine Ladies Tour. And in one of those Kruger lost a playoff with professional Tandi von Ruben.

Michaela Fletcher was another who put in a good showing against the professionals on the Sunshine Ladies Tour, while Carrie Park, Ji Sun Kang, Monja Richards and Carla Gorlei all head to Stellenbosch as strong contenders.

It’s an exciting time for South African women’s golf, with professional Lee-Anne Pace at the pinnacle of a system that is now starting to show similar signs as the local men’s game in its ability to produce a generation of players that can move from a strong amateur circuit to the international professional arena.

“We have so many golfers capable of winning because the strength and depth of the women’s amateur game at the moment is incredible,” said Cynthia Rayner, the president of the WGSA.

“Many of our players were able to hold their own against the professionals on the recent Sunshine Ladies Tour, and I think that experience has just sharpened their games for this Sanlam Women’s SA Amateur Stroke Play Championship.

“And it’s apt that we should head into one of our flagship tournaments with such a strong base of players at a time when the WGSA is celebrating its centenary,” said Rayner. “This is a testament to the hard work of an organisation that since 1914 has been developing women’s amateur golf in South Africa, and the support we’ve had from longstanding sponsors such as Sanlam.”