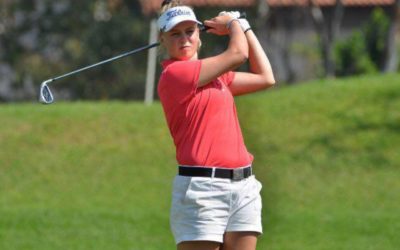 Megan Streicher is following in the footsteps of fellow WGSA Elite Squad members as she recently qualified for the prestigious South Final in North Carolina. She also hopes to gain her national colours next year. 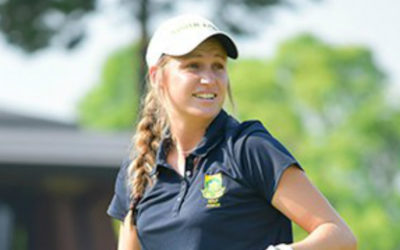 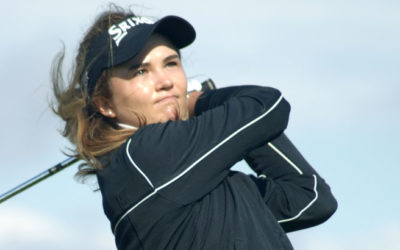 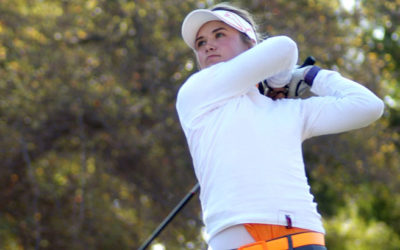 Sanlam entrant Gina Switala plays down the fairway. The entries for the Sanlam Women’s Amateur Golf Championship of South Africa 2008 have opened, and all enthusiasts are urged to come showcase their skills in the tournament scheduled to take place at the Royal Johannesburg & Kensington Golf Course, Gauteng, from March 30 till April 4.

Provincial Golf Profile: KZNLGA Women’s golf is taking off like never before in South Africa and over the past few years, young women have enthusiastically taken to the sport. This month, gsport launches a 12-part series which focuses on the state of provincial women’s golf and profiles some of the country’s talented golfers who epitomize […]

Bertine Shows Her Worth

Bertine Strauss has proved she is made of stern stuff after winning the 36-hole junior event of the year, the Nomads SA Girls Junior Championship.

The 2007 Nomads SA Girls Championship trophy is likely to be hotly contested by a number of juniors including Monique Smit, Bertine Strauss, Dominique Jacobs and Gina Switala, in Middelburg from Sunday 1 to Tuesday 3 July.

Great Britain may have won the Acer 5 Nations, but not after a strong challenge from the local side on the final day of the Acer 5 Nations Commonwealth Tournament, played at the Royal Johannesburg and Kensington Golf Club.