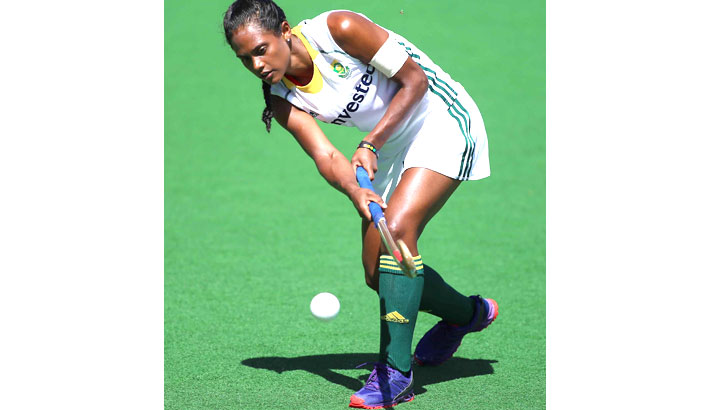 Giles Bonnet’s Investec South Africa women’s hockey team take on world number 2 Argentina in a five-Test series in Mar del Plata, 400km from Buenos Aires, offering the world no. 11 team another stage in their build-up to a much-coveted medal placing at the Commonwealth Games, which takes place in Glasgow from 24 July to 3 August.

In their recent home series against the world number 16 European team, where Scotland had five of their Great Britain players missing in the recent 5-0 series blank at the hands of the SA women in Pretoria, SA were also without several big names, a total of eight players who would have challenged strongly for inclusion.

The players missing effectively cancelled each other out and much of the interest in that series was in seeing how those selected would step up to the plate – and in this South Africa were markedly better.

Livewire SA defender/midfielder Nicolene Terblanche of Northern Blues will be looking to maintain the form she showed in the 5-0 whitewash of Scotland. Photo: Reg Caldecott

The Scots’ coach Gordon Shepherd was impressed with what he saw. “It’s the best South African team I have seen. Some tremendous players, a very fast team,” he said of a side he had last encountered in a series in Edinburgh some time ago.

Among a host of other SA players who distinguished themselves against Scotland, young striker Lilian du Plessis and high-energy attacking defender/midfielder Nicolene Terblanche caught the eye.

Superstar SA leader and midfield general Marsha Cox is back for the Mar del Plata series, but other big names are sitting out, including triple Olympian and world record Test match goalscorer, Pietie Coetzee.