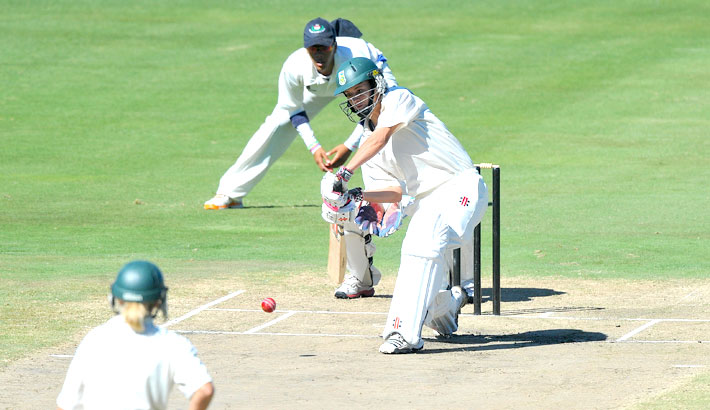 Anneke Bosch scored 103 from 121 balls to lead Free State to a mammoth, 223-run victory over old rivals, Griqualand West (Griquas) in the latest round of the Cricket South Africa (CSA) Women’s Provincial League.

Free State made 280/7 in their allotted 50 overs with a half-century from Allouise Joubert (53), and Sonja Rheeder falling just a single run short of her one.

Bianca Sakoor took four wickets for six in Griquas’ reply, her spell of 5.4 overs included three maidens. Griquas were bundled out for 57 with Bosch completing a fine all-round performance to take three wickets for eight in four overs, including a maiden to round off a brilliant cricket day for herself.

Kei suffered a nine-wicket loss to Boland in Mthatha. Yolandi Potgieter took an outstanding seven wickets for just six balls in 6.4 overs, including four maidens to bowl the Eastern Cape side out for 33. It was an easy chase in the end for Boland to reach victory.

In East London the following day, Boland recorded their second victory when they beat Border by 39 runs. They batted first this time, posting 221/6. Alicia Smith returned unbeaten for 90 with Yolandi Potgieter adding 44 off 84 balls.

Border made a valiant effort to chase the score down but were missing the batting power possessed by the opposition. G Fritz top scored with 59 with Angelique Taai adding 56. Boland’s V Smith was the chief destroyer, taking 4/37 while Ashlyn Kilowan and Stacy Lackay took two wickets apiece.

In Benoni, Gauteng recorded another away victory when they beat Easterns by eight wickets. They remain on top of the Highveld log with just one point between them and number two, Northerns.

KwaZulu-Natal hold pole position in the Central log with 27 points, while Western Province reign supreme on the West/East log with 44 points, the highest points in the League.

The next round of matches will start from Saturday, 22 February.