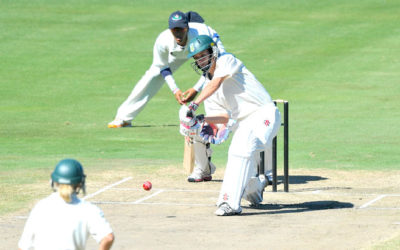 Defending champions of the women’s provincial cricket league Western Province enjoyed a spectacular 96 runs win over a totally-outclassed Boland in Paarl on Saturday 21st November. Province batted first on a slow wicket and an even slower outfield, and after losing the early wicket of Alexis Le Breton to an Alicia Smith snorter, put together […]

Olivia Anderson pulls a Papua New Guinea delivery to the onside boundary, in her innings of 91 in 119 balls. Picture: Mouton van Zyl After South Africa’s hungry batswomen struck the biggest innings total of the ICC Women’s World Cup of Cricket Qualifiers tournament on Tuesday, they let the bowlers loose to pick apart the […]

Boland Stretched But Keep on Winning

Boland Cricket is enjoying a run of good form, but were made to sweat for the first time to consolidate their advantage at the top of the domestic women’s premier Super Sixes league when they visited KwaZulu-Natal at the Chatsworth Oval, in Durban on Saturday.

Prolific Mignon out of Qualifiers