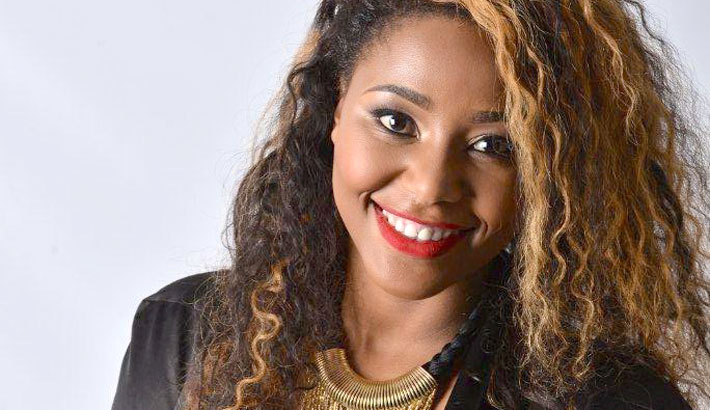 Lebo Motsoeli on Top of the World

Popular sports anchor, Lebo Motsoeli, is still on cloud nine after being chosen as SABC’s first ever woman anchor of the FIFA World Cup.

Motsoeli told gsport that the news came as a surprise: “I feel like the decade I’ve put into my craft in broadcasting is finally noted. Sport is a difficult industry for women, regardless the position. So to be given the nod to be one of the hosts on the national broadcast, alongside Thomas Mlambo and Tshepo Mabona, is an honour. Finally, a woman’s work is seen.”

Motsoeli says her key to success over the years has been her faith.

“Without God I wouldn’t be here. Through all the tribulations, I’ve maintained my faith, while continuing to give 100 percent to my work.

“There’ve been plenty challenges. And because you’re on a public platform, the work and personal life might be difficult to separate. So I focus on work, always. I never entertain things outside of work, and that helps me handle challenges.”

Motsoeli is hoping her experience during the 2010 FIFA World Cup, working for International broadcasters, Eurosport, will hold her in good stead for the 2014 FIFA World Cup.

I’m looking forward to seeing how South Africans receive the Brazil showpiece. I can’t wait to see the different styles of football played, and the flair that will come with that.

Motsoeli, also a sports anchor on 2000FM, drew praise from station manager, Carlito Sheik, who said in an email message to colleagues: “Please join me in congratulating our very own Lebo, who has become the SABC’s first female TV sports presenter to be selected to anchor the 2014 FIFA World Cup soccer live in Brazil.

“This is not the first time Lebo makes TV history. She was the first woman to anchor the African Cup of Nations finals. And she is still the only female face to anchor soccer games on SABC TV.”