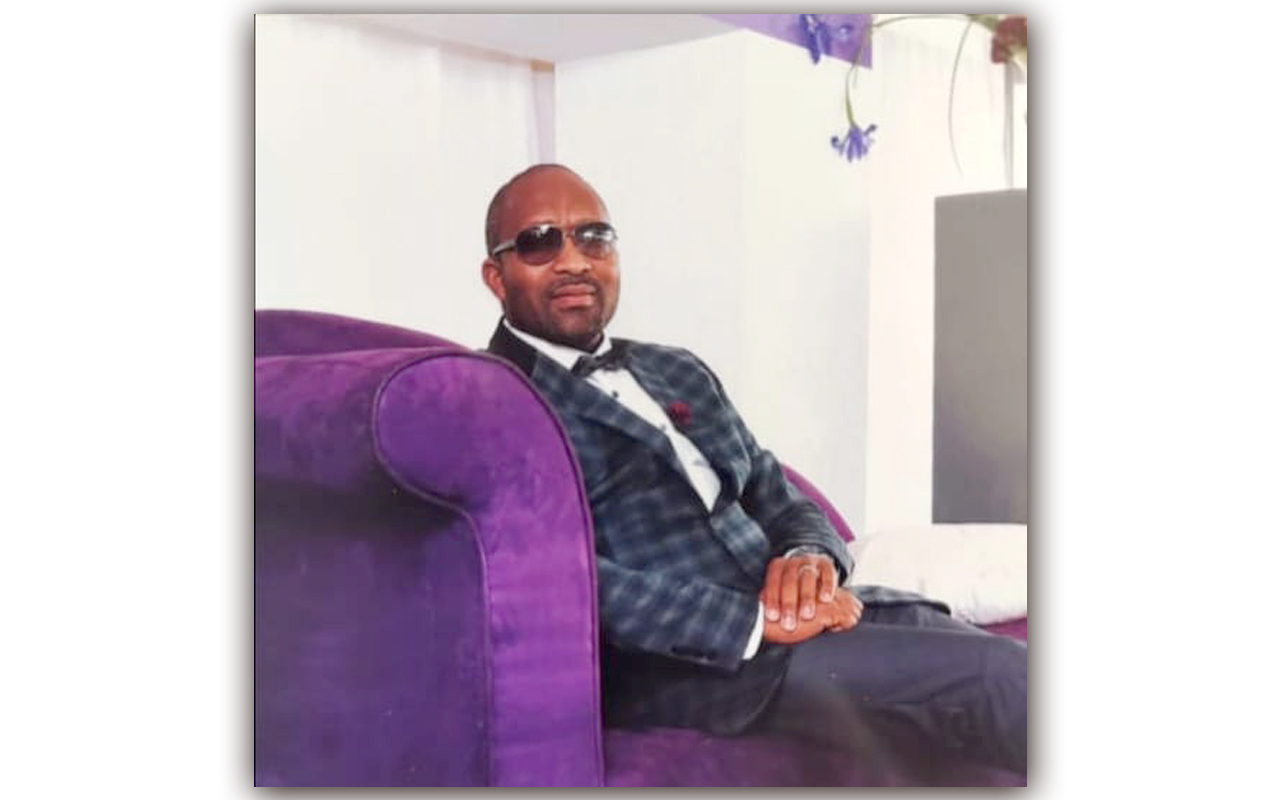 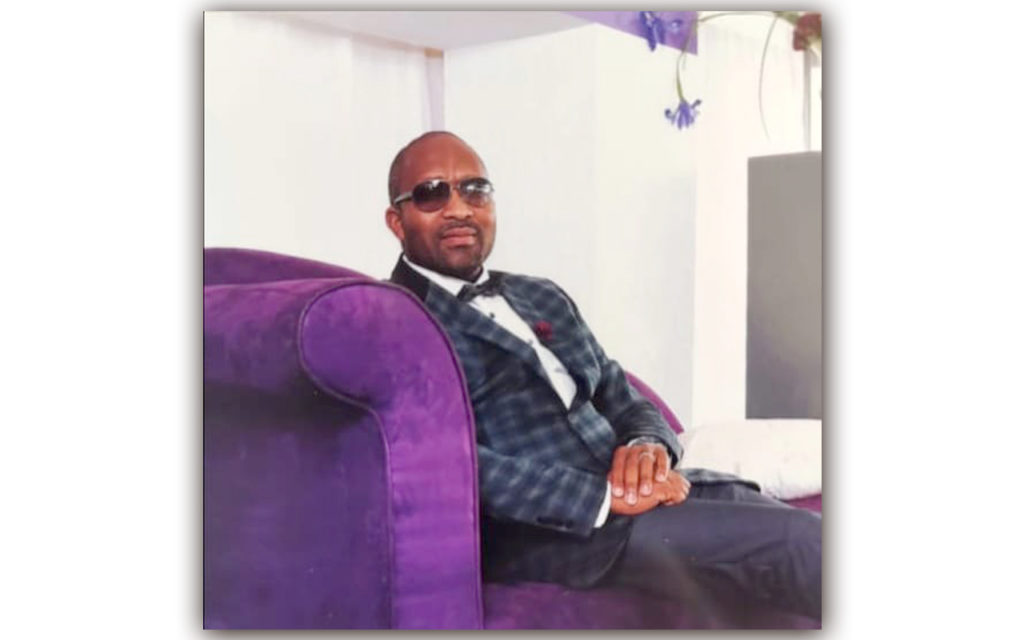 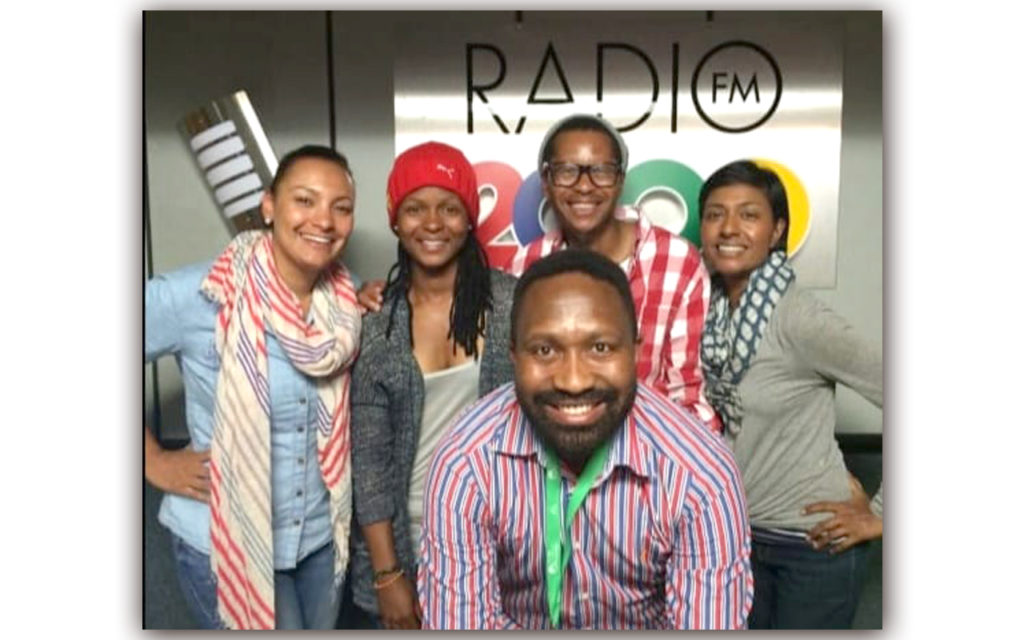 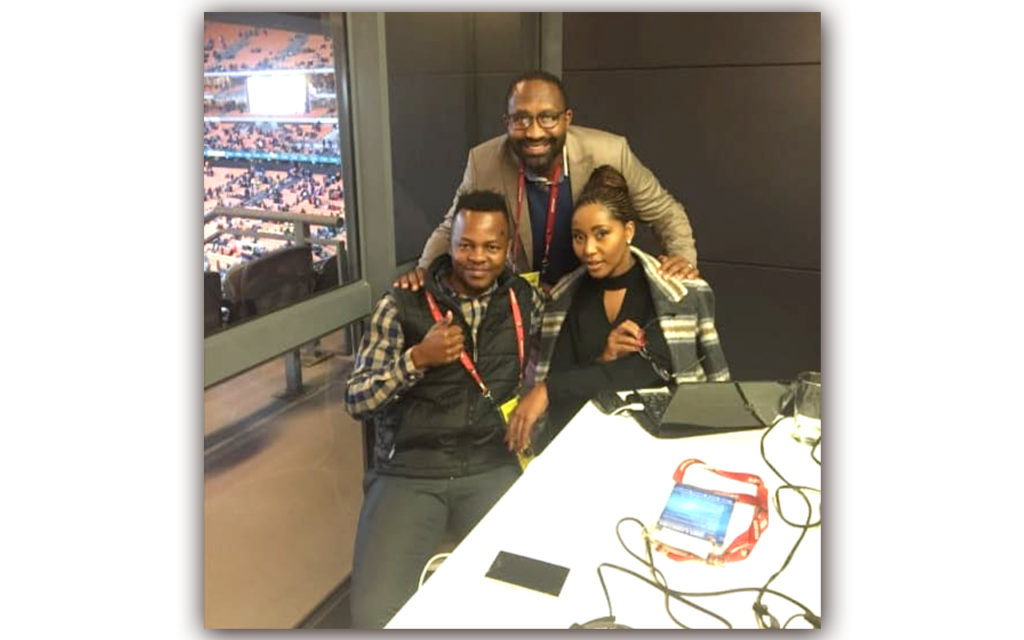 Vision View Radio Station Manager, Victor Khasu, wears many hats including radio presenter, producer and mentor to many female presenters as he has claimed legendary status in the media industry.

Khasu has worked alongside many industry greats at Radio 2000 and admits that he has always found it more comfortable working with a woman counterpart as he believes they bring a different dimension to a production.

Along his journey which began on campus radio at Radio Tuks now TuksFM, Khasu has used his extensive knowledge and experience to invest in the future of radio presenters, one standout being #gsport15 Sub-Editor and Radio2000 Sportcaster, Lonwabo Nkohla.

Having learnt from the best in the business, the long-time SABC employee has been involved in massive productions, with the 2010 FIFA World Cup in South Africa a highlight of his career.

As a champion of women in sport, Khasu believes in giving women a platform to hone their craft and is hoping to continue opening doors for the next generation.

Speaking with Celine Abrahams, Khasu chats about the challenges he has faced in his illustrious career and reveals reasons for his admiration for gsport.

Victor, thank you for taking time out to chat to gsport! Firstly, we must express our admiration towards you for the positive impact that you have had in giving a platform to women radio personalities. Why has it been important for you to open doors, especially for women in the industry?

Thank you very much. I have always found it more comfortable working with a female counterpart because they bring a different energy to a production. But over the years I have noticed that even though the script is the same, a female presenter has a fascinating way to make the story more interesting, you are always curious as to where she might take you next and that sometimes makes people listen or watch longer.

Over the years in your illustrious career, who are some of the women who you have taken under your wing and guided along in their careers?

“But one that jumps to mind is definitely Lonwabo Miso (now Nkonhla). Her remarkable commitment, attitude and energy towards sport and her work was a sight to marvel at, made me really happy and proud to see someone that young being so zealous, knowledgeable and focused.” – Vision View Radio Station Manager, Victor Khasu

There has been a few but to be honest most just want to be pointed in the right direction and to be given a chance to do what they are really passionate about. But one that jumps to mind is definitely Lonwabo Miso (now Nkonhla). Her remarkable commitment, attitude and energy towards sport and her work was a sight to marvel at, made me really happy and proud to see someone that young being so zealous, knowledgeable and focused. There is a number of them in different areas of sport broadcasting and hope I will continue to influence more like them positively going forward.

Before you could get to the point of where your career is today, where did it all start for you?

It started on campus radio in Pretoria, Radio Tuks (now TuksFM) with a small audition and a tricky interview with a much younger but fun Gareth Cliff in the late 90s. At that point I did not follow sport all that much until one of the slots I did on weekends led me to meeting the great Frankie Fredericks from Namibia and Richie Richardson amongst others. And when a very passionate sport fanatic in Sias du Plessis joined the station later, my love for sport was sparked.

What was it about radio and media that fascinated you and ultimately persuaded you to get involved in?

To be honest, it was more who than what. The late and great Bob Mabena had a way to just pull you in and make you fall in love with the art of radio. I even used to mimic his links in my head while a song was playing and when he finally came on, 70% of what he would say in that link would be more or less what I had in mind. Then came Glen Lewis, Kenny Maistry, Chilli M, Tich Mataz, Toni Ndoro and Ian F, I was sold!

We know being involved in the industry comes with a lot of challenges. What have been some of your challenges and how have you been able to overcome them?

“The pain, setbacks, rejections and frustrations are necessary for growth, that is how one gains experience to be honest.” – Khasu speaks on experiencing challenges which has led to growth in his career over time.

For me whatever I had to endure in this industry, I look back now and acknowledge that I needed to go through whatever I did to grow and become better to be where I am today.

The pain, setbacks, rejections and frustrations are necessary for growth, that is how one gains experience to be honest.

But the hardest part is when you know that you have to make a decision that is correct for the business and you know it will break a few hearts and relationships. Correct business decisions are never popular, and you are forced to grow a thick skin to deal with the collateral damage.

You mentioned being a big supporter of gsport – When was the first time you heard about the initiative, and what did you think about the idea of it being an all-women’s sport platform, especially at a time when women’s sport was not popular?

I had always heard and read about the awards in bulletins or interviewed finalists or winners, but it was not until 2013 that I really got to witness just how big the storm was brewing. It was just not about winning an award for the ladies, but a true celebration of incredible achievers from all corners of our country.

Women that may have thought no one noticed their priceless contributions in their communities finally had a home, and were truly honoured and celebrated. I think this is really what the platform and the awards are about. I believe to date, any influential and powerful woman in media has interacted with gsport4girls somehow. I realised then that Kass Naidoo was up to something that is going to be around for centuries to come.

What difference do you think gsport has made in the elevating women’s sport in the country?

I think you only need to look at someone like Caster Semenya or KG Montjane for instance and how far they have come in their careers and you always knew that, “if she is that great, she will be a finalist in the Momentum gsport Awards” because people recognize greatness and know where greatness lives.

“But what gsport has enabled is an exclusive ecosystem where women in sport are found.” – Khasu speaks on his admiration for gsport providing a platform for women to own their success.

Radio and television have a limited time to tell a short story about a successful individual in sport. But what gsport has enabled is an exclusive ecosystem where women in sport are found. And to win or be nominated for a gsport Award is still the greatest professional achievement for some women in media and sport, ever!

For some it has really done wonders for their profiles and for some it has given them that much needed inspiration to achieve bigger things in their careers. And to see how brands like Estée Lauder, SPAR and Momentum have also found a credible partner in gsport shows just how critical the platform is for women in sport in the country.

Being in the midst where you get to see first-hand how women are treated in the industry, what changes are you hoping to see in future?

It is a really tough question because it is not fair that women always have to work twice as hard to be accepted and given a fair chance, and even through all that some doors still remain closed for some. And because no two women are equally strong, you never know which of the two will be broken by the injustice and who will come out stronger and wiser.

I have been blessed and fortunate in my managerial role, especially now, to be led and surrounded by people who believed in giving women a platform and time to learn and craft their skills, hopefully there will be more like this in years to come. It is my personal conviction that if you level the playing field and allow everyone to compete equally, the best talent will prevail and that may not necessarily be a man.

Personally, what stands out as a highlight moment of your career to date?

I think being part of the build-up to the 2010 FIFA World Cup, hosting top matches of that tournament and really just turning radio commentary into a real theatre of the mind was out of this world. I am more of a team player and take great joy when “a collective plan comes together”, so anything that allows me to bring differently-skilled individuals together for a common goal excites me. From such, nominations and awards follow, new stars are born, careers are built, dignity restored, and lives changed for good.

If there is one piece of advice that you would share to a young woman who is aiming to make a credible name for herself in the media industry, what would that be?

Do not worry too much about being an expert at this or that, ask the most difficult or smart questions or cause sensation. Rather try to understand what is it about YOU that makes people listen or watch YOU, learn to be comfortable in YOUR own voice and skin.

There is a growing number of outstanding women in the industry and women are now actually competing against themselves, not so much against their male counterparts. If you understand yourself better, know and acknowledge your strengths and limitations and make necessary adjustments where necessarily, you will be the happiest sportcaster in the world.