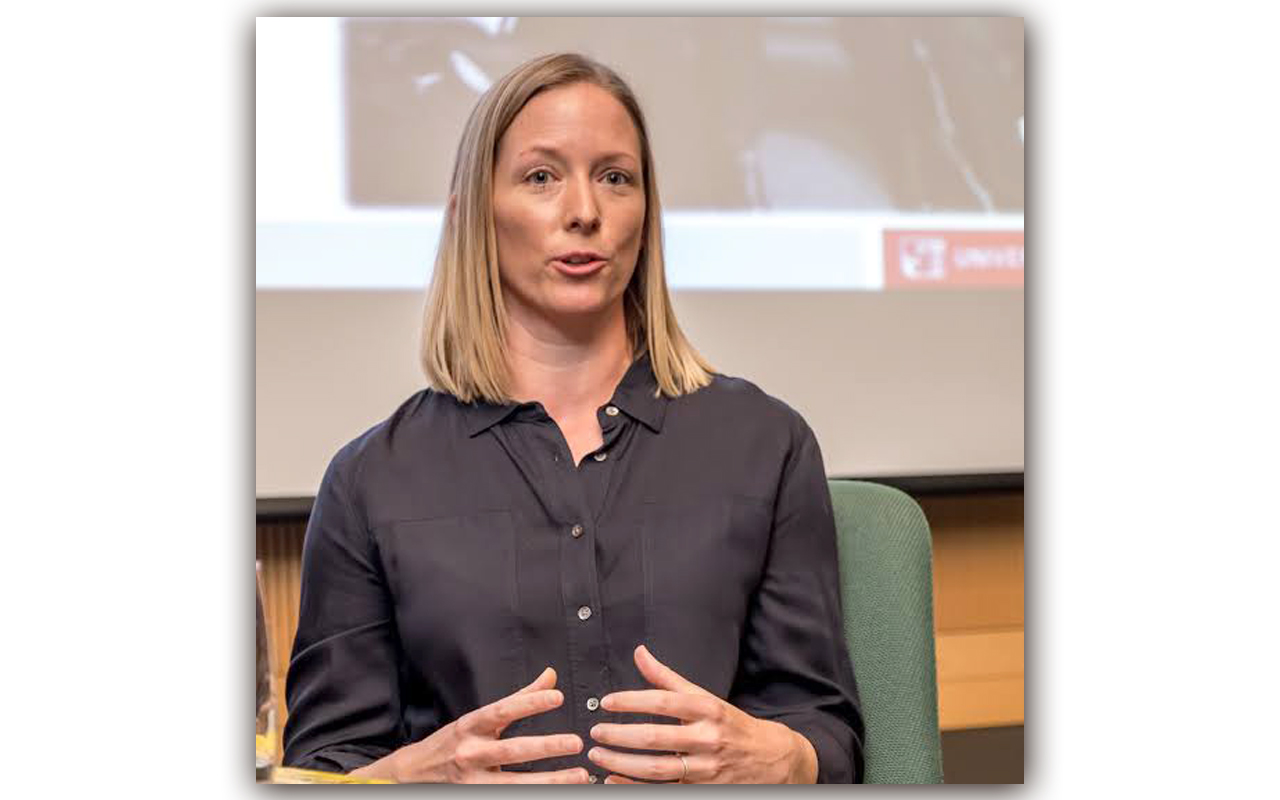 February is the month of love and this week’s #PublicChoice interview features a woman who has managed to combine her love for Sport, Maths and Science.

Dr Helen Bayne is currently a lecturer, researcher and sport scientist who has a research interest in sports injury mechanisms, capacity, coordination, coaching as well as field-based biomechanics.

Over the years Bayne has consulted to numerous sports organisations including Athletics South Africa, the International Cricket Council, and Cricket South Africa.

She has also served on the boards and committees of organisations such as the International Society of Biomechanics in Sport, and the South African Sports Medicine Association.

Recently, she co-founded the South African Society of Biomechanics, and also serves as the chairperson of the non-profit organisation which aims to advance the field of biomechanics in South Africa, by supporting high-quality research and promoting the translation of research to practice.

Speaking with Koketso Kgogome, Bayne debunks the common misconceptions about Sport Scientists and shares advice to those who aspire to be in the profession.

Helen, thank you for chatting to gsport! Where does your passion for sport come from?

I was about 9 years old when South Africa re-entered international sports competitions and I was completely captivated by the 1992 Cricket World Cup and Olympic Games, watching the television broadcasts. From then on, sports has been a major part of my life, whether as a competitor, a coach, a fan, or a sport scientist.

Did you always want to be involved in sports science?

Academically, I always had an affinity for Math and Science. Combining this with my love of sport makes working in sport science an absolute dream job, and it was early in my high school years that I started to realise this was my career path that I wanted to pursue.

What do you find most rewarding about your career?

“I have worked alongside coaches and athletes in the field as a Sport Scientist, as a lecturer teaching university students, and as a researcher studying biomechanics of sports performance and sports injuries.” – Co-Founder of the South African Society of Biomechanics, Dr Helen Bayne

Over the course of my career, I have worked alongside coaches and athletes in the field as a Sport Scientist, as a lecturer teaching university students, and as a researcher studying biomechanics of sports performance and sports injuries.

Every one of these spheres has its own rewards – being able to help athletes achieve their goals, educating the next generation so that they can also go on to work in this industry, and continually asking questions and learning through the scientific process.

What career advice would you give to those who aspire to be in this profession?

Working in this profession demands a blend of many skillsets. For example, you need to be comfortable working with technology and data analytics, and also have strong interpersonal skills – because teamwork and communication are so important.

What are the common misconceptions about your profession that you want to debunk?

The definition of a Sport Scientist is not widely known across the general public. Sport Scientists are specialists in the application of scientific principles and techniques to assist coaches and athletes improve their performance.

The analysis and interventions include application of fundamental and applied science disciplines such as anatomy, physiology, biomechanics, motor control, skill acquisition, training principles and recovery practices.

A common misconception is that Sport Scientists dictate when players should be dropped from the team or “rested” or subbed from the field during a match, based on analysis of work rate or prior workload. In reality, in most performance environments, the information that Sport Scientists gather is considered alongside information from other members of the medical and coaching staff, and decisions that are made are therefore informed by data, but not “data-driven”.

Outside of professional athletes, what advice would you give people who want to keep their body fit? This could be diet, exercise regimen, etc.

No matter what form of exercise you prefer, balance and consistency are vital for sustainable healthy lifestyle and long-term fitness.

You have a special interest in sports injury mechanisms, what should people, including athletes, know about this issue to prevent injury?

“Injury is ultimately caused by a load that is applied to the body being too great for the specific tissue to handle.” – Dr Bayne gives insight into injuries in sport.

Injury is ultimately caused by a load that is applied to the body being too great for the specific tissue to handle. That can be a single large load, which causes acute injuries like ligament ruptures, or repeated smaller loads over a period of time, which cause injuries like bone stress fractures.

To prevent injury, we can manage the load, for example, by making sure that we “move well” with good technique; or manage the capacity to handle loads – such as through strength training.

You have a research interest in “capacity, coordination and coaching”. Can you give more detail on these topics and why they are important for athletes?

As a biomechanist, we typically use motion capture methods to analyse how somebody moves – the positions their joints are in at different times during a sport skill.

The coordination component of my research looks at how different joints or limbs move in relation to each other when executing the skill, and the capacity component relates to the strength, mobility or anthropometric (such as height or body size) factors that influence how we move.

The coaching component emphasises the link between science and practice – as we learn more about how and why people move in certain ways, we translate that into coaching to improve performance and reduce injury risk.

How did you come across gsport4girls?

Having been a cricket fan since childhood and then going on to work in the sport, I have always been aware of Kass Naidoo and the trail that she has blazed for women in sport in South Africa!

With women’s sport on the rise, what else can we do to elevate women in sport?

There remains a lot to be done in broad-based athletic development of female athletes. To make an informed decision on any initiatives and their implementation, we need to better understand the existing context of female athlete development, which is an area of research that I’m currently pursuing.

Who are three women in sports who have influenced your career?

What do you want people to remember you for?

I’ve been very fortunate to have had wonderful mentors along my professional journey to date, especially through an international network after doing my PhD in Australia.

Something that I’m currently focused on is growing local expertise in biomechanics.

I hope to be able to “pay forward” my experiences because I believe this discipline can make major contributions to society, not only in sport, but many other areas of health and innovation.

What does equality in sports mean to you?

For no person to be pre-judged on their ability to participate or excel in a sport because of their socioeconomic background, sex, race, or religion.

Where can our audience find you online?