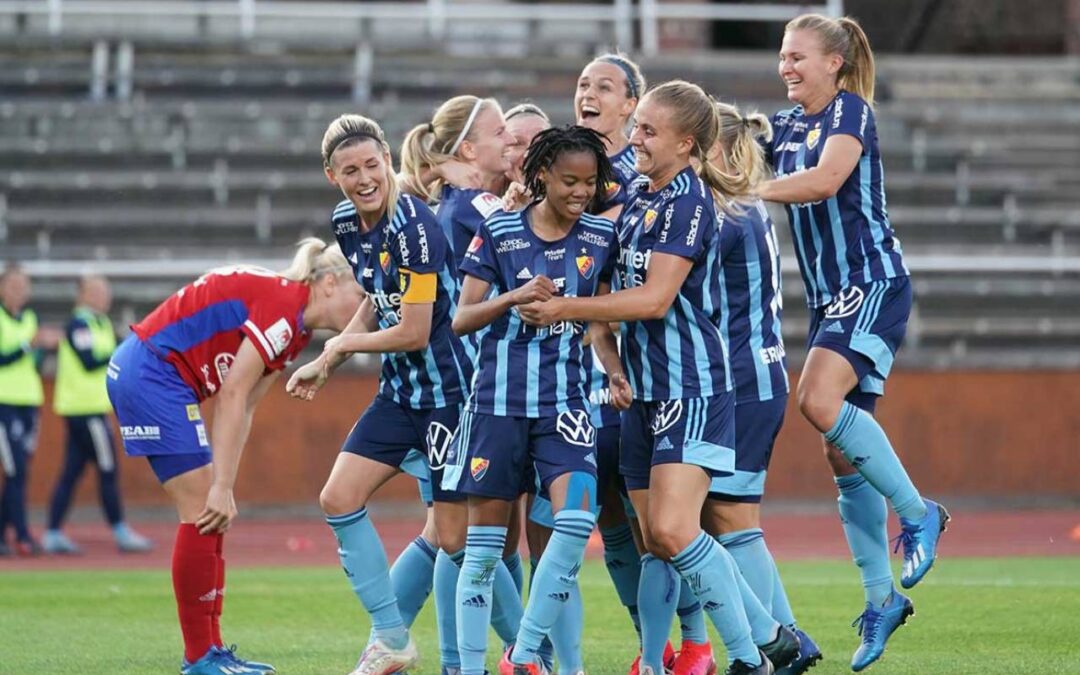 Banyana Banyana international footballer, Linda Motlhalo, added a third goal to her tally with a match winner for Djurgårdens IF Fotboll at Stockholm Olympic Stadium.

The 22-year-old’s 85th minute strike edged her team to a 2-1 victory over Vittsjö in the Swedish Damallsvenskan on Wednesday, 15 July. The crucial goal also earned Djurgardens a much needed three points after going without a win for three encounters.

Known as the Randfontein Ronaldinho, Motlhalo seems to have found her footing at the club after signing in January this year. She’s since netted three in three appearances after scoring a brace back in February.

In a previous interview with Celine Abrahams, she pointed out her desire to become one of the best midfielders to come out of South Africa and is well on her way to making that a reality after penning a two-year deal with Djurgårdens.