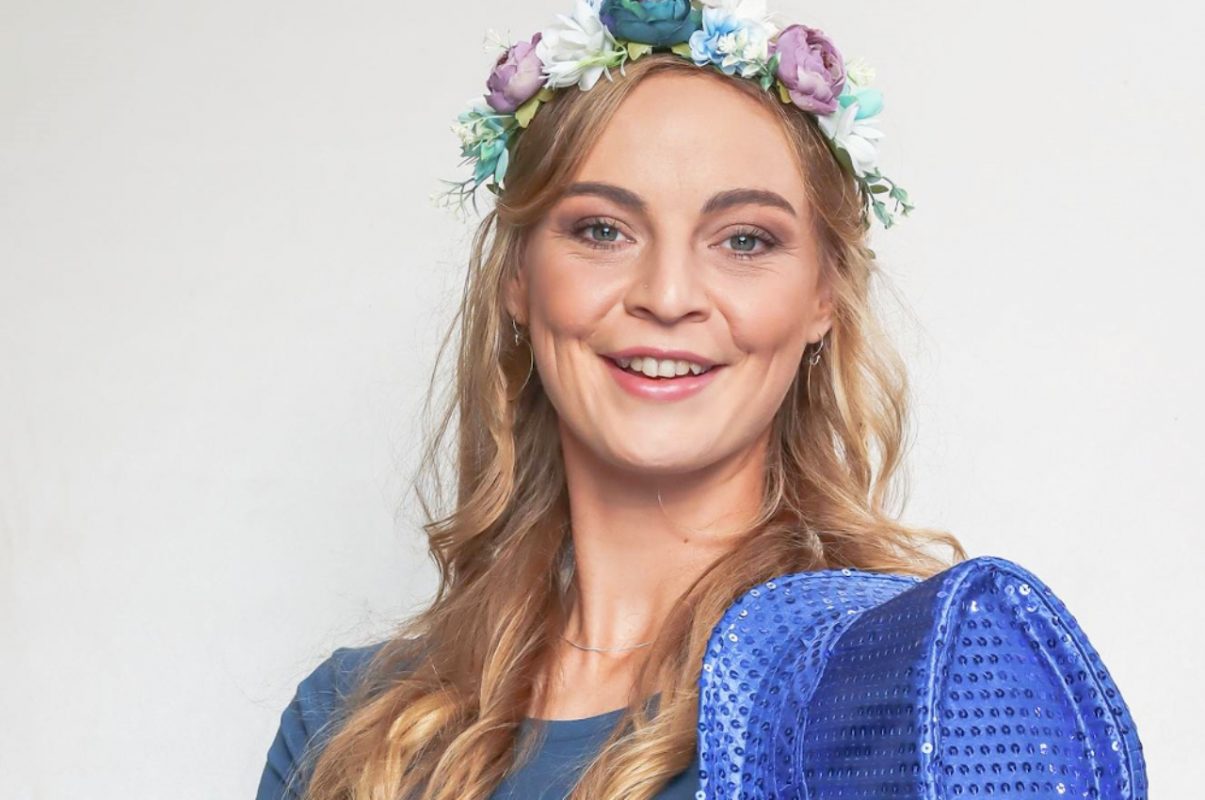 Colourful SPAR Women’s Challenge ambassador and fine arts graduate Jeanie Steyn has combined her passions to design the logo for this year’s events.

The Madibaz netball star, who has a strong relationship with the retailer due to the latter’s involvement in women’s sport, was commissioned by SPAR Eastern Cape to develop the 2022 race identity.

The logo will be used for the Grand Prix Series event in Gqeberha on 28 May and the Virtual Challenge, nationally, on 3 September.

The Women’s Challenge had adopted a slogan of #IRise and Steyn said it was a challenge to create something that would be universally acceptable.

“It is always a bit tricky producing something where you need people to envision what you are trying to represent,” she said.

“You are always thinking ‘Am I conveying the same message to the viewer as what I am thinking and feeling through the design?’

“It is always a gamble because people are different and prefer different things. I have learnt that if someone does not like what you are making, it is okay – you cannot expect everyone to think it is amazing.”

Process of Designing the Logo

Steyn, from Gqeberha, said the slogan played an important role in her thought processes.

“The first idea to represent the word Rise was a female figure standing strong or jumping for joy.”

She made a few line drawings and settled on two that she liked.

“I then drew them digitally, which was still new territory for me since I majored in making three-dimensional objects.”

The designs were presented to all the regional event organisers and, as a group, they settled on the idea of female figures, explained Steyn.

“Although SPAR had to make a few changes to align it with their brand strategies and protocols, I am still pleased that they chose the female figures to represent this year’s event.

“For me, these figures represent resilience and unconditional, consistent rising up to whatever life has to offer.”

The concept of ambassadors in the various regions was created last year to assist in promoting the event.

This year Steyn, comedian and entertainer Gino Fabbri and cancer survivor and motivational speaker Yolanda Bukani are the national ambassadors from the Eastern Cape.

“It really is an honour being an ambassador for this amazing event,” she said.

“This is a platform where women come together, break borders and rise to the challenge. It unites women nationally and allows us to realise our full potential.”

She thought that the ambassador concept worked well as people felt more comfortable when they could relate to someone or their story.

“It makes the event more personal, and people are more inclined to join something they relate to or where they feel part of something.”

As a top netball player who has represented South Africa, Steyn also connects with SPAR EC through its sponsorship of Madibaz netball.

“It was first through playing for Madibaz and then through working in the Madibaz netball office at Nelson Mandela University where I developed a connection with SPAR and the brand.

“When I was asked to be an ambassador it was a no-brainer as their values are aligned with mine. They always look for ways to give back to the community and it is so much more than just food.”

SPAR EC sponsorships and events manager Alan Stapleton acknowledged the important role of the ambassadors in promoting the race as well as campaigns such as the fight against gender-based violence.

“They have done an amazing job creating awareness of these sorts of issues. We have become one very happy family,” he said.

“Besides our three national ambassadors, we have some wonderful new people on board this year and we are excited about collaborating with them in the months ahead.”

The Retailer and Regional Ambassadors: