Paraguay surprised all with their seven-stroke victory on their debut in the Women’s World Cup of Golf at Sun City on Sunday, making a tremendous impact for a country with only six golf courses.

Julieta Granada and Celeste Troche sealed a wire-to-wire victory with a seven under par 65 in the final betterball matches for a total of nine under par.

Their birdie, birdie finish capped a week of superb team play in which they claimed a four-stroke lead in the opening singles, retained it through a difficult round of foursomes, and then marched to an emphatic victory in the betterball.

“Day one was key,” said the 20-year-old Granada. “We didn’t expect a four-shot lead at only five under then, but it made a big difference because the alternate shot is such a tough format, and then everybody scores low in the betterball.”

The United States team of Juli Inkster and Pat Hurst finished second on two under with a closing 67. Korea’s Young Kim and Ji Yai Shin took third place on one under, also with a 67.

Granada and Troche did not get off to the best of starts when they both three-putted the first for a bogey.

But Granada soon found her form, making the birdies at holes three, five, six, eight and 11, while Troche birdied 10, chipped in for birdie on 17 and then holed a five-footer for birdie at the last.

“That chip-in on 17 made us realise that this wasn’t just a dream but that it was actually happening,” said Troche.

As a team, the two players could not be further apart in their careers at the moment.

Granada is a rising star on the LPGA Tour and came into this event having claimed the richest first prize in women’s golf when she won $1-million in the ADT Championship.

“I like winning. I’m enjoying going to the press conferences, and the cheques are nice too,” said the bubbly Granada, whose mother caddied for her this week.

“She gets a good percentage,” she said.

Troche, on the other hand, arrived in South Africa unsure of her future following a poor 2006 in which she campaigned on the Futures Tour and enjoyed a few starts on the LPGA Tour, but with little success.

“To win this is a great feeling because I have been struggling. I’ve been wondering what I should do with my life and whether I should continue playing golf, and this week gave me the answer,” she said.

South Africa finished a disappointing 16th on 13 over par despite a solid 66 in the betterball. But it was a slow start in the opening singles, which led to their worst finish in three years in this event.

“We tried a bit too hard on the first day. We should have just stayed steady. But we really came back on the final day,” said Laurette Maritz. 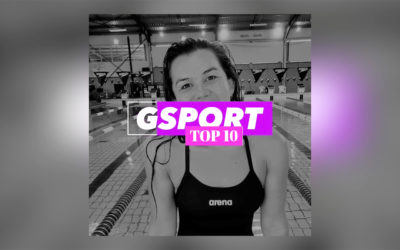