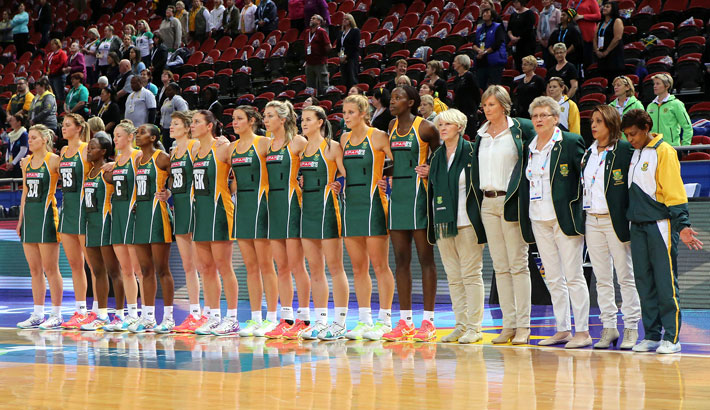 Just days after leapfrogging Malawi into fifth place on the world rankings, the SPAR South African netball team went down 58-51 to the Malawi Queens in their opening match at the Netball World Cup, at Olympic Park in Sydney on Friday. The match was billed as an opening day blockbuster and the tightly-fought contest didn’t disappoint.

Malawi dominated the match from the start, when they turned over the Proteas’ opening centre pass to score the first goal. The Proteas appeared tentative in the early stages of the match, and Malawi took advantage.

Malawi goalshooter Mwayi Kumwende, who has been out of the team for some time, celebrated her return to the side with an outstanding match.  She missed only three attempts out of 43, and the South African defenders Karla Mostert and Adele Niemand had their work cut out for them.

At the end of the first quarter, Malawi were two goals ahead, and they extended this to a five goal advantage by halftime, leading South Africa 27-22.

The Proteas came out with all guns blazing in the third quarter, which was the only one they won, outscoring Malawi by 15 goals to 14.  They drew level with the Queens midway through the quarter, but Malawi pulled away again, and finished it 41-37 ahead.

The Proteas fought hard throughout the match, achieving a number of turnovers, but too often their hard work went unrewarded, as they lost the ball and the momentum again. The minutes ticked by, and the South Africans ran out of time to make up the deficit.

“We gave it away a lot with out feeds around the circle,” said coach Norma Plummer. “We had opportunities and we didn’t take them. I would say we let ourselves down.

“But there were some positives. Phumza (Maweni) came on (as goalkeeper) and she had a good game against one of the best shooters in the world. Considering she has only played netball for two years, she was outstanding.”

“We wanted a better start to the World Cup,” said centre Erin Burger, who is playing in her third World Cup. “But we had some good moments, and we will take them through to our next match.

“We need more consistency, and we must not fall back into old habits,” said Burger. “We are disappointed and a bit frustrated after losing this match, but it will be heads up tomorrow when we play our next match.  We’re not going to let this defeat stop us.”

Plummer lead her Australian team to gold over Aitken’s New Zealand, in the last World Cup final in Singapore in 2011.

“Ruth has done some good work in improving Singapore since she took charge, but she has been working on the basics rather than the advanced tactical issues. It going to be good going head-to-head with Ruth after all these years in very different circumstances,” said Plummer.

Photo 1 caption:  The South African team lines up for the national anthem ahead of their opening Netball World Cup fixture between South Africa and Malawi, on day 1 of the tournament at Allphones Arena in Sydney, Australia, on 7 August, 2015. Photo: Reg Caldecott