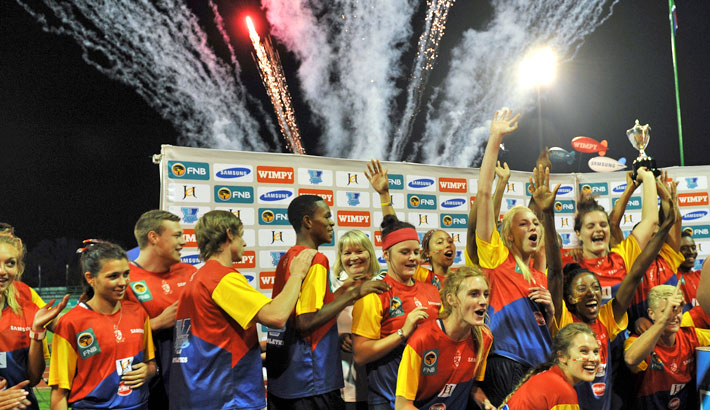 Maties’ Justine Palframan was the star of the 2015 season’s opening Varsity Athletics meet, winning both the 400m and the 200m in a fantastic effort that headlined the series now in its third season, at the Kenneth McArthur Stadium in Potchefstroom, on Tuesday, 24 March 2014.

Also noteworthy was the performance of former 800m world champion, Caster Semenya, who made her comeback in the women’s 1500m event. Semenya announced her arrival in her first competitive event at the Varsity Athletics meeting in style, surprising many to win the 1500m event, clocking 4 min 30 sec after she had not competed in eight months.

Women’s results for the evening included:

Stephanie Greyling threw a mammoth 55.93m in her second throw to smash the Varsity Athletics record and win the event comfortably ahead of Chene Coetzee of UP-Tuks whose best throw was 1.67m short of Greyling. Coetzee eventually finished in second place with Kovsies’ Nadia Botha in third with a throw of 48.93m.

With a throw of 49.00m, NWU-Pukke’s Gizelle Bernard picked up the Javelin title with UJ’s Chelsea Boshoff finishing in second with a throw that was more than seven metres less than that of Bernard’s. UP-Tuks’ Danielle Coetzee finished in third.

Maties’ Samantha Pretorius was dominant in the the Long Jump event, passing the 6m barrier on two occasions. Her first jump of 6.12 metres won her the title, although her last jump of 6.06m would have also got the job done in the end. Bianca Erwee of Pukke finished in second with a jump of 5.73m, while UJ’s Maryke Brits got third with a jump of 5.65m.

The field was tightly packed for most of the race, with NWU-Pukke’s Caster Semenya, Maties Thineke Fourie and UJ’s Mamphielo Sibamba leading for the first 1200m. In the last 400m it was Semenya who showed her class, breaking away from the rest of the back, and by the last 100m she put on the afterburners to win the race in a time of 4:30.12, comfortably ahead of Fourie in second place. Sibamba finished in third, well ahead of the next closest runner.

Geraldine Duvenage made it three from four for NWU-Pukke after winning the discus title with NMMU Madibaz’ Ischke Senekal coming in second. Charlene Engelbrecht finished in third place

After winning the 400m race earlier, Justine Palframan from Maties, showed her class one again piping NWU-Pukke’s Melissa Hewitt in the final stretch to take the race in time of. Margaret Olwoch from UP-Tuks completed the race in third. All three sprinters improved on their season’s best time in the race.

The race came down to a close finish with UP-Tuks’ Melissa Hewitt just hanging to the lead in the last 100mm, with NWU-Pukke finishing strong to just miss out on victory in front of their home crowd. UJ finished in third place.

Tuks were clear winners in the Senior Women’s Medley Relay for the full nine points, finishing comfortably ahead of Pukke’s senior relay team in second, an effort well ahead of Maties in third.

The meets aim to help the development of young athletes in South Africa and help inspire their confidence through competitive meetings.

This high-performance platform enables South Africa’s universities to compete against each other across a number of different sporting codes.

The next two Varsity Athletics meets take place on 24 March, in Potchefstroom, and on 20 April in Stellenbosch.

Photo 2 caption: Justine Palframan (left) of Maties and Melissa Hewitt (second from left) of Pukke battle it out in the 200m. Palframan closely edged Hewitt for the win in an exciting evening for the sprinter, who also beat Anneri Ebersohn to take gold in the evening’s 400m event, at the Kenneth McArthur Stadium in Potchefstroom, on Tuesday 24 March 2015. Photo: Catherine Kotze/SASPA 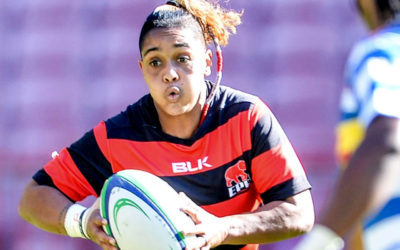