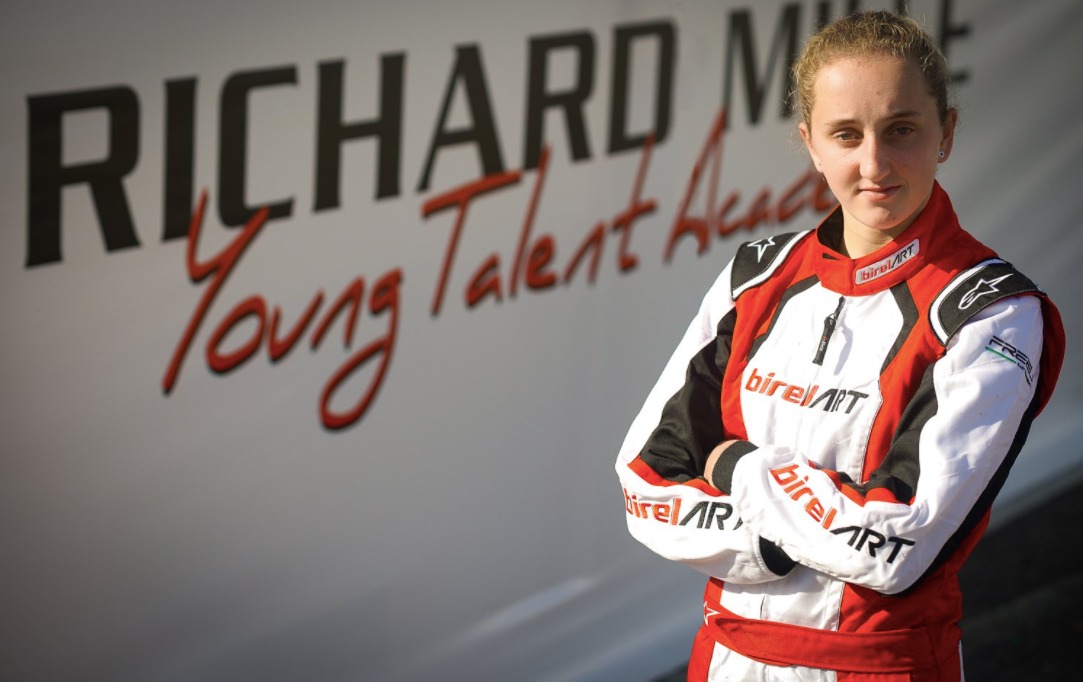 Spanish-born Maya Weug made history earlier this year when she was announced as the first ever female member of the Ferrari Driver Academy.

Get a glimpse of what the future holds for her 🙌@fia @fiawim pic.twitter.com/3JGzt4TEUb

The 16-year-old came out top in the first FIA Girls on Track – Rising Stars initiative, beating three other finalists to land the coveted spot.

The victory will result in Weug competing in an F4 Championship season this year, certified by FIA. “I will never forget this day!” Weug enthused to formual1.com

“I am so happy to be the first female driver to join the Ferrari Driver Academy.” 16-year-old Maya Weug after winning the FIA Girls on Track – Rising Stars programme

“Winning the final stage of the FIA Girls on Track – Rising Stars programme makes me realise that I was right to pursue my dream of becoming a racing driver.

“I will give my all to show the people who believed in me that I deserve to wear the Ferrari Driver Academy uniform and I can’t wait to come to Maranello to start preparing for my first season of single-seater racing.”

This is the first step as the youngster looks to attain an F1 seating in the future.

Photo 1 Caption: Spanish-born Maya Weug made history earlier this year when she was announced as the first ever female member of the Ferrari Driver Academy. Photo: MultiFormula (Twitter)