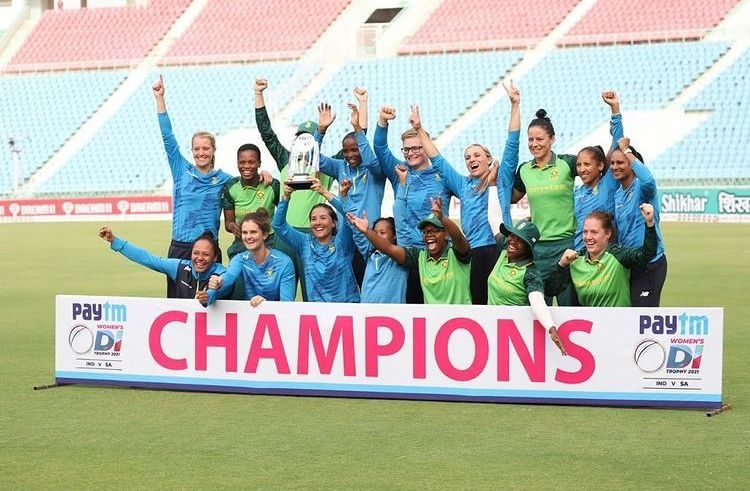 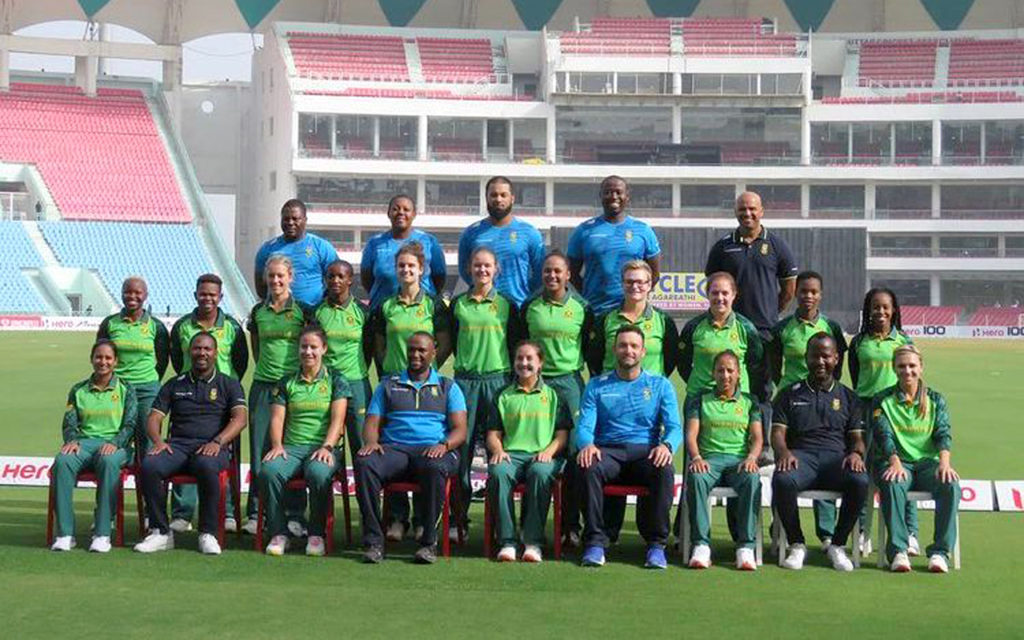 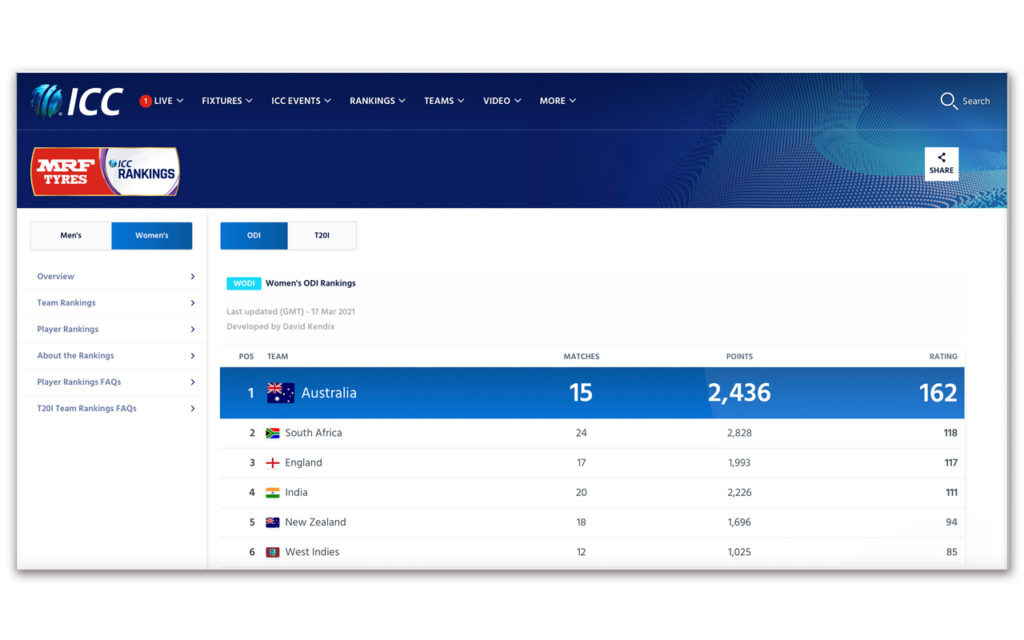 Proteas Women Rise to Number Two in the World

In today’s final game of the series, South Africa had the intent of a team playing in a World Cup final. They hustled India with ball and in the field to restrict the home side to 188/9 in 49.3 overs (Harmanpreet Kaur retired hurt).

In reply, South Africa chased down the runs in 48.2 overs, with new kid on the block, Anneke Bosch and team stalwart Mignon du Preez getting half centuries to lead their team to a five wicket victory, and an epic 4-1 series win.

Among the mainstay players of South Africa’s ODI campaign in India, explosive opening batting star, Lizelle Lee, displaced Australia’s Tammy Beaumont to grab the global top spot for women batters in ODI cricket, and was named Player of the ODI series, even though she was rested for the final encounter.

The team is without front line players including captain Dane van Niekerk and vice-captain Chloe Tryon, who are out through injury. To make matters worse, stand-in captain Suné Luus, was unavailable for two matches in the series.

The upside is that the team found a willing leader in 21-year old top order batting star, Laura Wolvaardt, who found herself captaining the team to a series win with a record run chase in the 4th game before Luus returned to lead the team in the fifth match, as they romped to a 4-1 series win.

It’s the Proteas third consecutive series win after beating New Zealand away and Pakistan at home prior to the trip to India. They could not have asked for better preparation ahead of the women’s 50-over World Cup in New Zealand, next year.

Their consistent success on the global stage would not be possible if the team was not a professional unit.

In 2013, Cricket South Africa introduced its first-ever professional contracts for Proteas women’s cricketers. Eight years later, with this week’s welcome announcement that the list of contracted athletes will increase from 14 to 15 with the inclusion of Western Province’s Lara Goodall, the fruits of that decision are clear to see, and there are very real expectations that a World Cup win could be in the making.