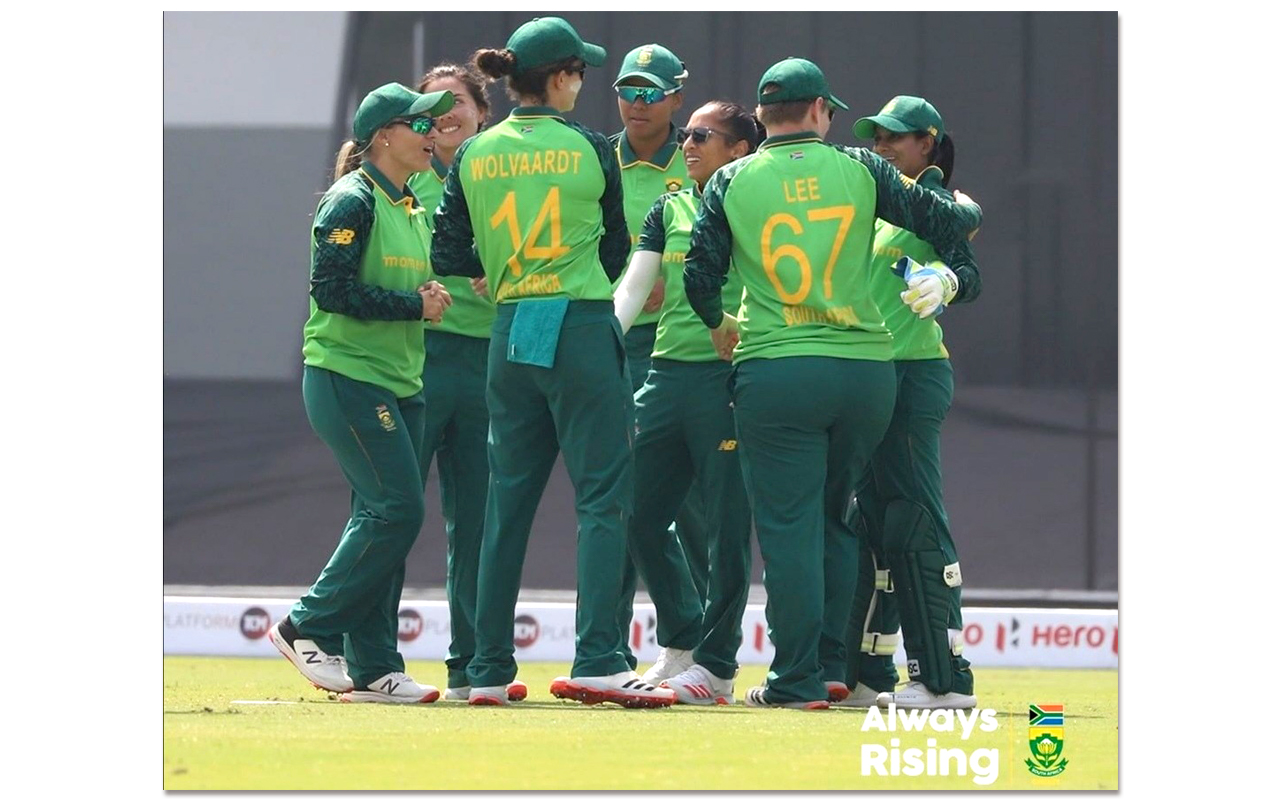 A record partnership between Lizelle Lee and Laura Wolvaardt helped the Momentum Proteas make a storming start to their five-match One-Day International series against India with a stunning eight-wicket demolition at the Ekana Cricket Stadium in Lucknow on Sunday, 7 March 2021.

The pair amassed 169 for the first wicket as South Africa chased down a 178-run target with eight wickets intact – securing their biggest win over the hosts in the process.

It mattered little, though, as Hilton Moreeng’s charges eventually won with 59 deliveries to spare.

The stand for the first wicket was the highest by the tourists for any wicket against India and also beat the previous best of 163 of a top-tier nation that was scored by the same two players against New Zealand at Auckland last January.

The bowlers too played their role for the South Africans with Shabnim Ismail’s three for 28, which included three maidens, leading the charge in helping them restrict their opponents to just 177 for nine.

The Proteas, also outstanding in the field, won the toss at the start of the match and opted to bowl first, with their star fast bowler and Marizanne Kapp (1/25) exceptional with the new ball.

Suné Luus (1/23) eventually broke the stand just after the 100 was raised, before Nonkululeko Mlaba (2/41) joined the act with tidy bowling during the middle overs.

That meant India could manage to set just 178.

Lee and Wolvaardt then made light work of the chase as they recorded 19th and 18th ODI half centuries respectively for their country in 50-over cricket.

The partnership was eventually ended by Jhulan Goswami (2/38), but Lee was on hand to finished the job ant take the visitors to a 1-0 lead.

Photo 1 Caption: The Momentum Proteas team in celebration as the South African’s make a storming start to their five-match One-Day International series against India with a stunning eight-wicket demolition at the Ekana Cricket Stadium in Lucknow on Sunday, 7 March 2021. Photo: Cricket South Africa