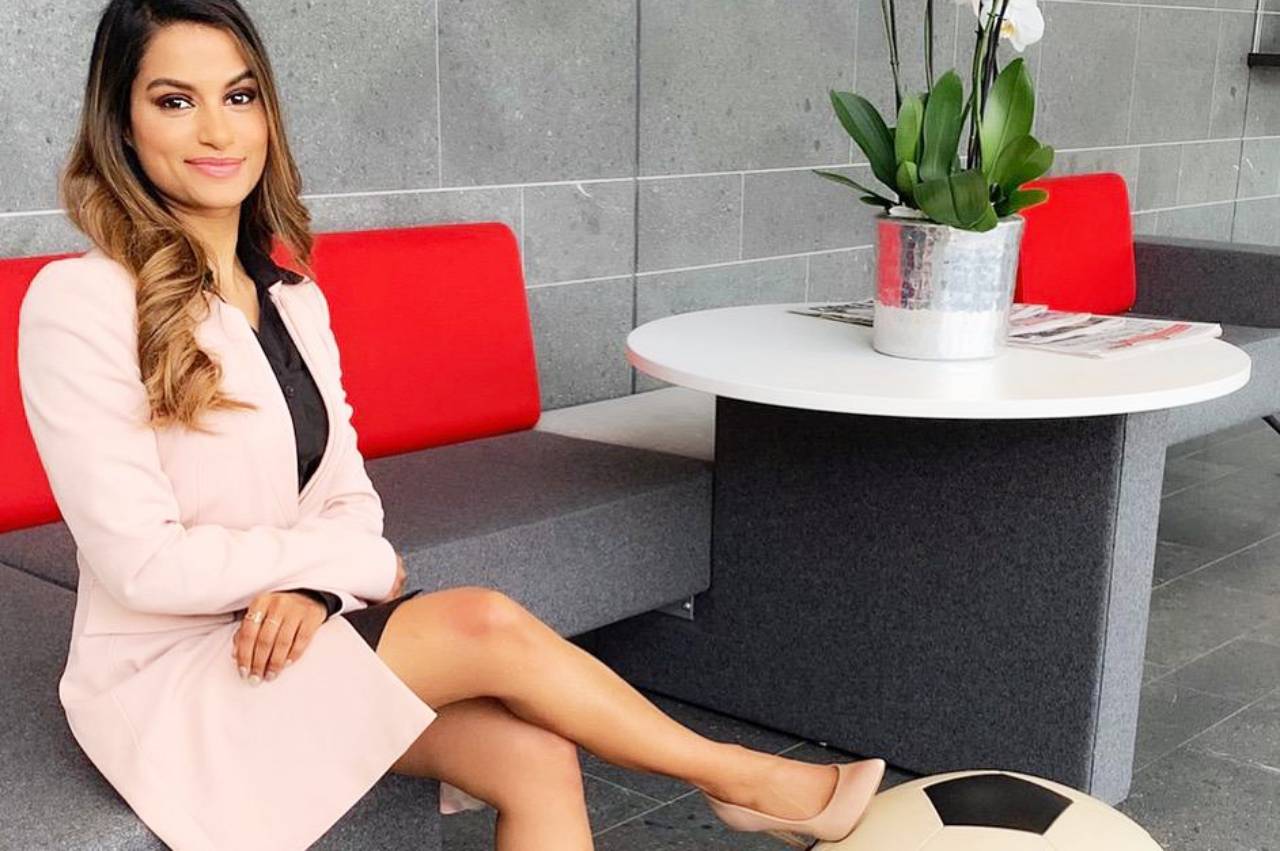 For over a decade, Melissa Reddy has pioneered her way in the football industry and has become a well-respected writer, podcaster and television analyst.

In 2007, Reddy broke into the industry and has climbed the ladder from an intern position at Summit TV to Senior Correspondent for The Independent.

Reddy previously headed the football department at TEAMtalk Media and was Deputy Editor of Kick-Off Magazine when she was crowned the 2011 gsport Woman in Media award winner. Currently based in the United Kingdom, she is a regular contributor to BBC 5 Live, SkySports, Premier League Productions, as well as FOX Singapore.

As a woman of colour within the football industry, the odds always seemed stacked up against her, but it did not deter her from breaking down barriers and living out her dream.

Over the years she has confidently stood her ground and continues to create a pathway not only for herself but for other women who look to follow in her footsteps.

Speaking to Celine Abrahams, Reddy gives insight into her childhood memories, working in the South African media and starting from scratch after moving to England.

Mel, today you stand as a pioneer within the sports industry being a well-respected writer, podcaster and TV analyst. Did that young girl who grew up in a sports-mad loving family ever dream that one day she would find yourself becoming a well-known personality?

Yes and no. I was always a dreamer as a kid and would recruit my cousins into imaginary TV and radio sports shows. I took it quite seriously and would create scripts and critique my writing as well as delivery in order to improve. At the time, however, it wasn’t with a view to one day breaking into the industry – which seemed quite far-fetched for a little girl from an underprivileged background during Apartheid – but because I enjoyed creating these fantasy worlds where we could be anything we wanted to be (yes – even Power Rangers and the Spice Girls!)

At school, in university and during my initial odd jobs, people would often tell me that I should work in sports media. I knew they were right, and I’d scout opportunities, but there were never any. I believed that would eventually change and promised myself that when it did, I would be well prepared to seize my chance. The opening finally presented itself in September 2007 and I am still in disbelief over the scale of everything that has happened since.

It has taken a lot of time, a lot of extra effort and hours as well as hurdling countless obstacles, but I’ve always taken inspiration from that little girl who believed nothing was impossible.

I’ve got to state though, my pride is not at being a “well-known personality,” but at being respected for the dedication and passion I put into my craft without judgement over my gender, race, age or nationality.

When it comes to your personality and knowledge of football one certainly sits back and admires how intellectual you are, but, obviously like anything in life you had to grow through the process of having to learn the smallest of details. Was that a challenging period for you, especially at the beginning of your career?

The learning process should never end. In such a competitive industry, you have to add to your armoury and be able to adapt. I wouldn’t say soaking up info was challenging at the start of my career, I welcomed it. Much of what I knew about football and all other sport was self-taught – I would spend school holidays going through rules, history and reading anything and everything I could – so I was quite receptive to advice and knowledge from others, especially in terms of journalistic best practices. I was lucky enough to have some very good mentors – Richard Ferraris and Richard Maguire – so I do my best to help up and coming talents now.

Were you always as outspoken as you are today?

My beliefs, personality and confidence hasn’t changed, but the industry is now more accommodating to strong female voices which means I can be more comfortable being me. I was once told that a boss from one of South Africa’s big broadcasters felt I was “too opinionated” to be on two of their shows, which were centred around opinions! None of my male colleagues were subjected to that kind of feedback, but I was not going to alter who I am or how I do the job.

What would you say has been the biggest knock that you had to deal with in your career?

Moving to England and effectively having to start from scratch despite having seven years of experience in the industry was supremely difficult. There was a feeling of ‘Who is she? What is she doing here? What does she know about our game? Who does she think she is?’

Football journalism is largely a closed-off environment, most especially on the writing side of things as the majority of guys have been in their jobs for well over a decade. Trying to enter that realm as a young, foreign, female of colour was challenging for a variety of reasons, not least because it is not what people are used to. I had to work so much harder, take so many more losses, show the most persistence and focus possible. I had to prove myself over every day, but every day also felt like a new opportunity.

Have you ever found yourself being undermined by fellow industry folks?

Journalism is quite a competitive industry, and this is one of the drawbacks, particularly during the early stages of your career or at every juncture of progress through it. I have tried to control what I can, putting out my best work and continuously pushing my own boundaries.

When you were still working within the South African media, what was that period of your working life like?

That was an excellent foundation for where I am now. I learnt my craft, soaked up a lot of advice, made mistakes, understood my strengths as a journalist and grew so much. Being the head of football at TEAMtalk Media and then Deputy Editor of Kick Off Magazine were both big responsibilities and a privilege at such a young age. Featuring on TV regularly (SuperSport and SABC) as well as radio (Metro FM, 5FM) helped me be multi-dimensional, which is a key asset today.

Being in the industry can be a very cruel place. There are people that will absolutely love you and then there are those that would hammer you at every chance that they get. How have you been able to manage it?
It is absolutely vital to concentrate only on the opinions of people who know and understand your journey and who are trying to assist you with constructive criticism. Unfortunately, those who shout the loudest on social media are the most toxic and it is very unhealthy to get wrapped up in that negativity.

Know your worth and be convinced by it – do not let people you don’t know on Twitter, many of whom have anonymous profiles, dictate that for you. It’s really easy to say this – trust me I know, because hateful words are hurtful especially if they’re racist or sexist – but it is absolutely imperative that you train yourself not to be broken by trolls because there is no shortage of them.

You won the Woman in Media gong at the 2011 gsport Awards ceremony. How did that recognition play a role in encouraging you to continue striving for the best?

It was really important to understand that I’m not just representing myself in my job and that there are a lot of females looking for inspiration or advice or a pathway into the industry and so you have to keep being kick-ass for them as well. We can only shatter ceilings if we are united, lift each other up, provide encouragement and be great examples to young girls.

What words of encouragement do you have for young South African girls who dream of making it big in their chosen career paths but find themselves in situations that might tear them down?

Setbacks are not only perfectly normal, but they are very important. It helps shape you and teaches you how to deal with tough days or situations in the industry. Do not let it dishearten you, learn from it and allow it to harden you. Do not, however, just roll with unacceptable things like racism, sexism, bullying or any form of discrimination. You should not have to be completely broken to be who and what you want to.

Invest in yourself, believe in yourself, surround yourself with a solid support structure and show the world just how fierce females can be.