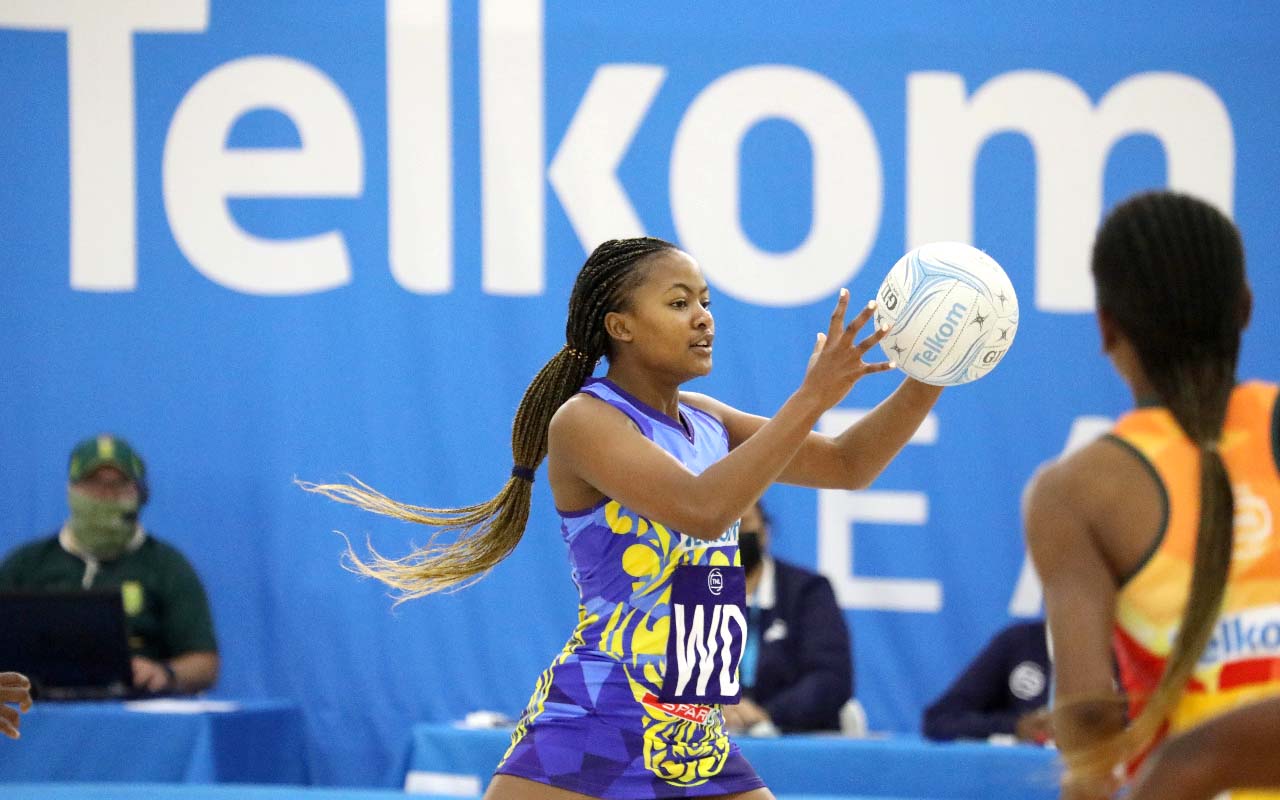 As we continue to shine the spotlight on rising Telkom Netball League players, we get to know more about Gauteng Jaguars’ new recruit, Melodine Jacobs.

Jacobs is a strong-minded individual, who never gives up and has represented South Africa at the Under 21 World Youth Cup in Botswana playing for Baby Proteas, which she describes as her biggest highlight.

Jacobs is one to look out for as her performances in the first leg of the Telkom Netball League has sparked keen interest from the netball audience.

She regards her debut season as a liberating experience so far and is using the platform to further develop her career.

Speaking with Tlamelo Kganakga, Jacobs chats about her netball experience and the impact of gsport in women’s sport.

Melodine, thank you for chatting to us. Please tell us more about yourself and where you are from.

I was born and raised in East London in the Eastern Cape. Raised by a mother, mentor, and coach. I am a very cool, calm, and collective minded person on and off court. I am a very resilient and strong-minded person who has a never give up type of mindset and that transcends on court. Introverted person but easy to talk to. Something that I admire about myself is that I always show my beautiful smile to the world no matter what the circumstance.

Where did it start for you in netball?

I started playing at a very young age and it became serious for me when I got to high school because of the intensity and the drive I had for the sport as well as my passion and love for it.

How did you join the Gauteng Jaguars netball team?

Before I moved to Gauteng, I represented South Africa with the Baby Proteas team at the World Youth Cup games in Botswana. Through that tournament I was scouted by Tuks and moved to Gauteng the following year. In 2018, that’s when my journey started as a Tshwane and a Jaguars player.

What is your biggest failure and what did you learn from it?

It is not really a failure but was one of the biggest setbacks I have ever experienced in my life was being injured and what I have learned from it was to never give up and having goals that I worked towards, that made me have a stronger mindset and putting 100 percent in all that I do.

What has been the highlights of your career before playing for Gauteng Jaguars?

My biggest highlight was playing with and against the best at the under 21 World Cup in Botswana.

Taking you back to the first leg of 2021 Telkom Netball League. How was the experience for you?

It was a very liberating experience to play in the first leg as it was my debut for Jaguars.

What do you think of the performance of the team during the first leg?

I think we performed as expected although there are a few things we need to work on as a team leading into the second leg.

What are the lessons you took from the first leg that you will implement in the second leg?

We bring out the best in every team we play against and that’s great so what I have learned to never underestimate any team.

You won all the games in Division One and well on your way to defending the title. How are you planning to maintain that in the second leg?

By keeping to the basics, being a valuable team player and sticking to the game plan.

Which team is your biggest opponent and why?

Crinums because they have a fighting spirit which makes them unpredictable. So, we never really know which way the game is going to go.

That I can sing.

What do you think of gsport and what impact the initiative makes in women’s sports?

gsport is very impactful in recognising women in sport and giving them a platform to showcase their talent and have their own voice in sport.

To be an impactful and valuable player in any team that I’m part of as well as being a person who motivates and guides others considering the journey and the experience I have in the sport.

Have a DStv channel for netball, to showcase the amazing talent young women have.

Photo 1 Caption: As we continue to shine the spotlight on rising Telkom Netball League players, we get to know more about Gauteng Jaguars’ new recruit, Melodine Jacobs. Photo: Supplied