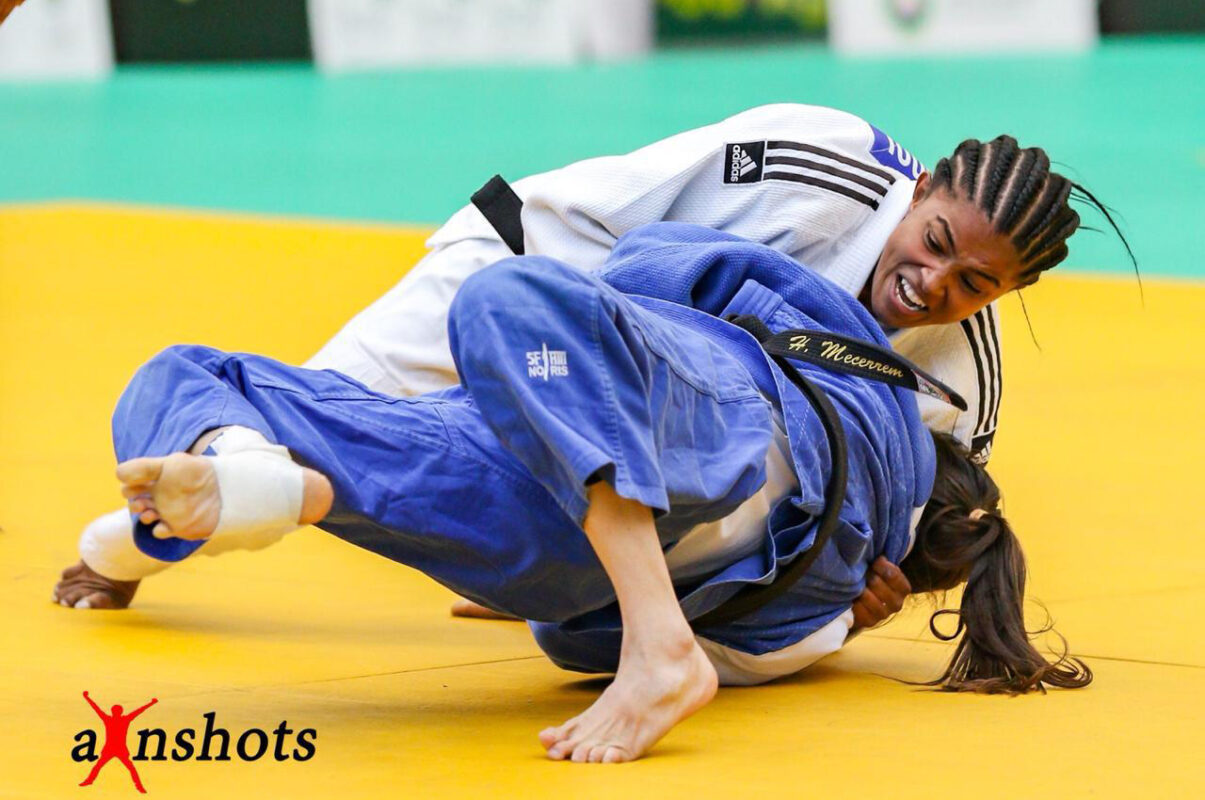 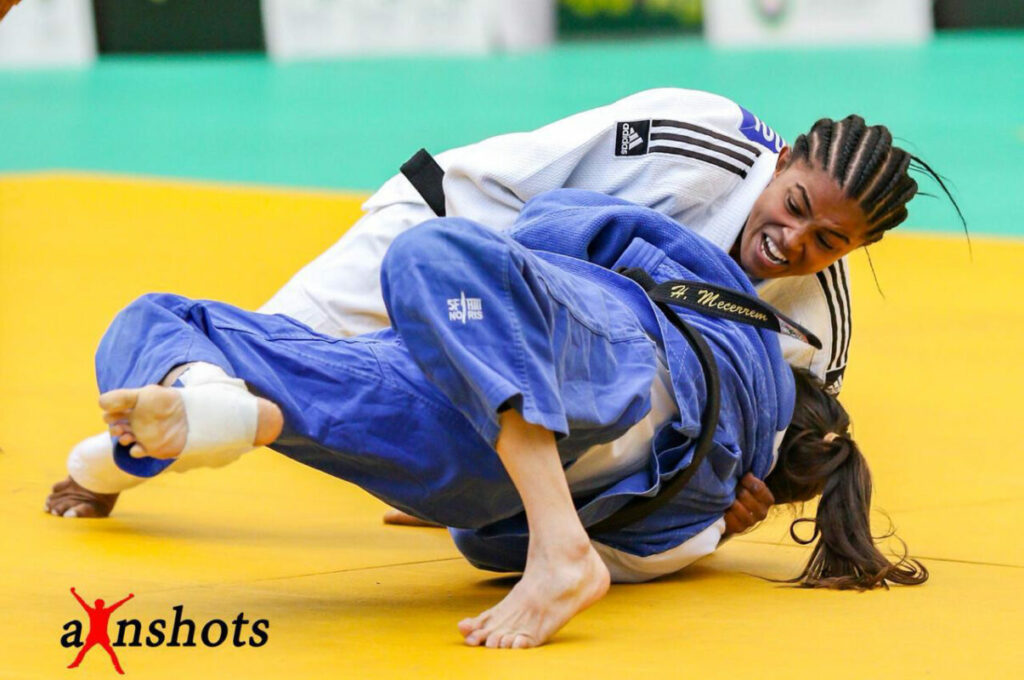 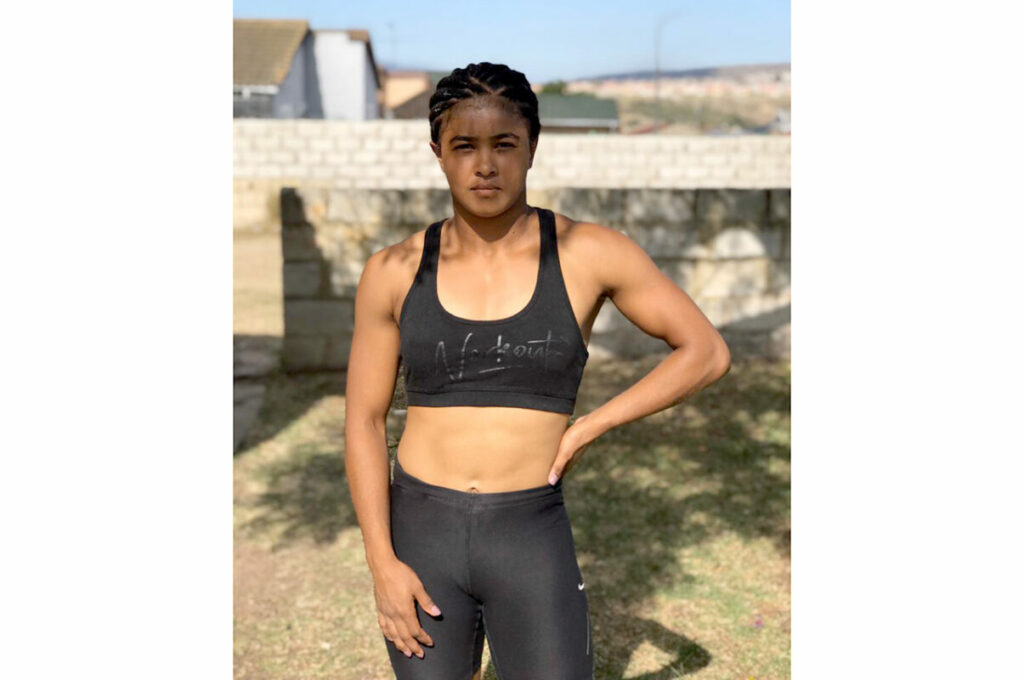 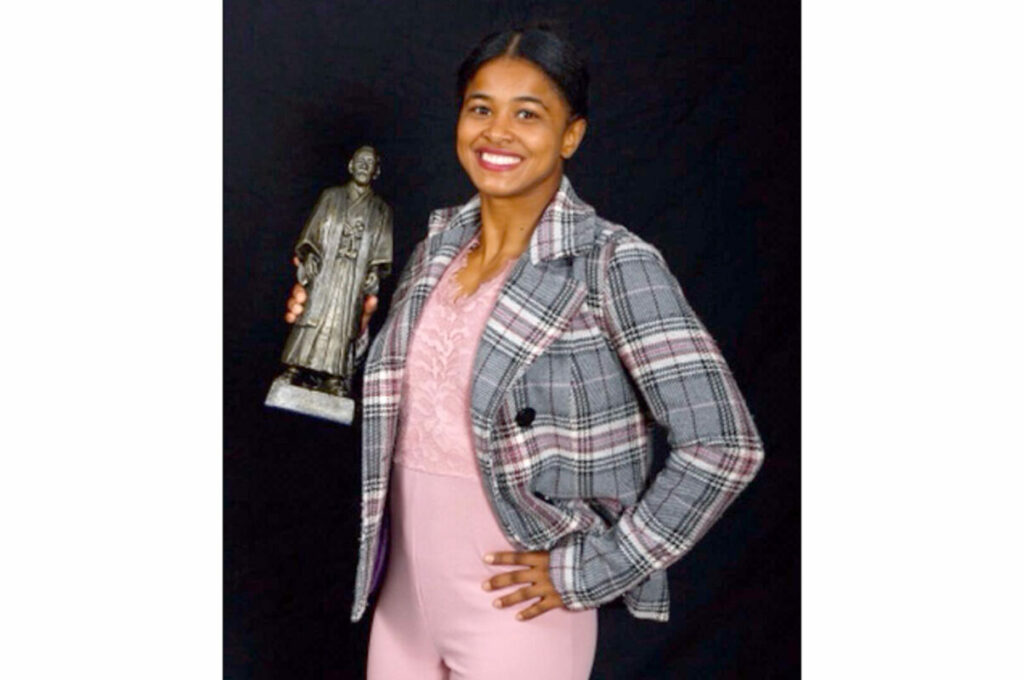 Port Elizabeth-born Michaela Whitebooi does not let her guard down often, nor should she, because in her sport, one lapse of concentration could lead to a painful experience.

While she has been injured before, she has never had to undergo surgery, for which she is grateful, because it has allowed her to rise up in judo and achieve great success, after signing up to the sport by chance in 2006.

In 2007, she won silver in her first competition, on the big stage of the SA Championships.

Three years later, aged fourteen, Whitebooi made the courageous decision to leave home to pursue her sporting dream in Gauteng, as a student of TuksSport High School for Judo.

In April 2019, Whitebooi won gold at the 40th African Judo Championship, becoming the first South African woman to win judo gold at the Champs in 20 years.

A few months later, Whitebooi earned South Africa’s first medal at the African Games, claiming silver in the judo final, and given the honour of being flagbearer for Team South Africa at the 2019 African Games.

She continues to work hard to produce more consistent performances on the international stage and is currently focused on qualifying for the Olympic Games.

Whitebooi credits has strong family structure and her boyfriend’s support for her rise over the years, in both sport and education, two vital pillars that shape her life, as she tells Celine Abrahams.

Thank you for chatting to us! First up: When and how did you get involved in Judo?

What was your family’s reaction when you developed an interest in the sport?

My family didn’t know the sport, my mom signed my form, but I think she had some hesitation because it’s a fighting sport.

My dad wasn’t comfortable at all with the fact that I wanted to do a contact sport, but eventually he accepted my request to take part in it.

When did you take part in your first competition, and what was that experience like?

I competed in my very first competition in 2007. It was the South African Championship, and I got a silver medal. I didn’t know how I developed so fast, and thought it wouldn’t go that well, but I cried either way, because I did so well.

Please tell us about completing your BCom Honours Internal Auditing Degree at the University of Pretoria, and how has it been juggling your studies and pursuing your sporting career?

I completed my BCom Honours Degree in 2019 and due to the pandemic, there was no graduation ceremony. I needed both sport and academics in my life.

“Sport gave me an opportunity to study at tertiary level, and my academics was my escape when I needed to refresh my mind from a tough training session.” – 2019 African Judo champion Michaela Whitebooi

2020 was dedicated to sports as I wanted to qualify for the Olympics therefore, I took a break from studies and I can honestly say I miss the studies.

What keeps you motivated to keep pushing to make both of your careers a success?

My drive for success in Judo and studies is to strive for a great future, a future where I have no financial stress and where my health and happiness comes first.

My family supports me through thick and thin and always keep me positive when the going gets tough.

My boyfriend Keenan Michau also pushes me to reach my goals and strive to succeed.

What have been your biggest struggles that you have faced when it comes to your sporting career?

I am blessed to be where I am today. I was given many opportunities to create a great future for myself and therefore I thank God. But there were many times where I couldn’t compete in competitions due to lack of financial assistance, as Judo isn’t a popular sport in South Africa.

In 2010 I had to move away from home to Pretoria to attend TuksSport High School for Judo.

Leaving my family behind at the age of 14 was difficult, it probably took me two years to get used to the fact that I am away from them, and every time I had to leave after school holidays, I would cry.

Judoka is a physical sport, have you suffered any blows or injuries?

Yes, I have had two injuries in my sporting career so far that made me step back from a competition or take a long break from training. However, I have never had to go through an operation for an injury, therefore I am blessed because operations take very long to heal.

What has been your biggest disappointment so far?

My biggest disappointment was losing fights on international level competition that I know I could’ve had victory over. Some of these fights cost me a gold medal.

You were the flagbearer for South Africa at the African Games in 2019 and snatched a silver medal. What was that experience like getting the opportunity to represent your country?

I have represented Judo South Africa from a young age, but receiving the opportunity to be a flag bearer was an exciting and to be honest, a stressful moment for me, as it felt that I was carrying the whole of South Africa with me while walking with the flag.

I was blessed with the opportunity and I carried our flag with honour to represent my nation, the rainbow nation called South Africa.

What would you say have been your biggest achievements?

“My biggest sporting achievement is getting gold at the Africa Championship in 2019, as it made history in the books of Judo South Africa.” – 2019 African Judo champion Michaela Whitebooi

The last female to receive a gold medal in South Africa was about 20 years before I received it, and I pray that many other female judokas will receive this reward going forward.

In general, what has been in the sport industry taught you?

The sport industry has taught me that there will be many times that you will fail in striving to reach your goals. My sport has taught me values that I can use in my daily life, like time management, respect and communication.

“What you worry about today, won’t matter tomorrow,” this is a saying that Keenan taught me, and it helped me with daily sport struggles and how I managed to move pass my failures in sport and seek success.

I want to represent South Africa at the Olympic Games. I was striving for qualification for the 2020 Olympic Games and it got postponed but God willing I will qualify next year and be able to wear my flag.

What changes would you like to see taking place in Judo, especially when it comes to getting more females into the sport?

Judokas leave Judo once they reach University level as they see there is no financial support for the competitions and training that they would like to participate in.

I would like to see more females remain in Judo after high school level, and use Judo to study further.

I would like to see the awareness of the sport increase in South Africa and get more development programmes.

What advice would you share with other young girls who want to get into Judo?

Judo is a self-defense sport that not only teaches you to protect yourself, but it gives you an opportunity to learn values and skills that can be used off the Judo mat.

Judo is not a male-dominated sport, it is a sport for both male and female. It is fun and exciting, and it helps you to stay off the streets and live a healthy lifestyle.

Having travelled and competed in international tournaments, what do you think of the standard of female sports in South Africa as compared to the rest of the world?

In terms of Judo, South Africa is one of the top countries in Africa, as we have proven several times. However, we are still running far behind the rest of the world.

“Judo is a paid sport in many countries and players can make a living from participating, however in South Africa we only do it because we love the sport.” – 2019 African Judo champion Michaela Whitebooi

There are many sports in South Africa that shows the rest of the world flames, like swimming, rugby and many more.

I know we got so much talent in this country and the world needs to watch out for female sports stars.

Who are the women in sport who inspire you and why?

Tatjana Schoenmaker, I have seen her grow into a beautiful young woman and achieve her goals with all the hard work she puts in. Her ambition to reach her goals pushes me to greater heights but also her beautiful personality and loving heart inspires me.

Also, Caster Semenya; No matter what the world says about her, she pushes beyond her struggles and showed them her abilities, and that gives me power to know that I can do it, no matter what may come my way.

There are many female judokas that has made a success from the background, but in  Taciana Lima Cesar we have our very own African judo hero. She has won many Africa titles, received international medals, is an Olympian, and she is still striving to reach the Olympics after receiving a beautiful baby boy.

Photo 1 Caption: Michaela Whitebooi learned the costs of high goals when she left home at 14 years to follow her dream of establishing a sporting career for herself, and today the confident the financial services graduate is reaping the fruits of her hard-earned investments. Photo: Supplied

Photo 2 Caption: Apart from the contact sport’s benefits in self-defence, Whitebooi says that judo gives you an opportunity to learn values and skills that can be used off the Judo mat. Photo: Supplied

Photo 3 Caption: 2019 African Games silver medalist and flagbearer, Whitebooi used sport as a means to earn her eduction, and though the pandemic put a stop to her graduation ceremony, this BCom Honours Degree graduate can shoot for 2021 Olympic Games qualification with Plan B tucked in her back pocket! Photo: Supplied 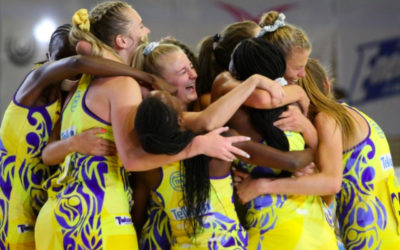 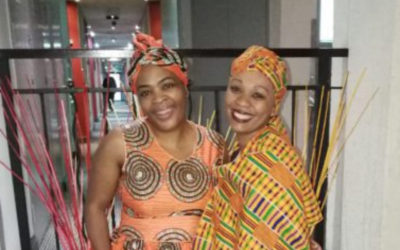 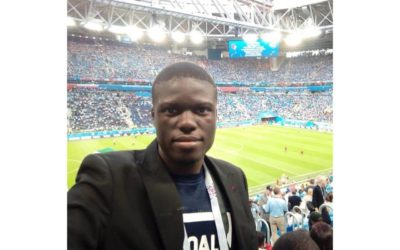 Goal Africa’s women’s football correspondent, Samuel Ahmadu, is a true champion when it comes to uplifting the profile of women footballers and aspires to rise to top positions in sports...