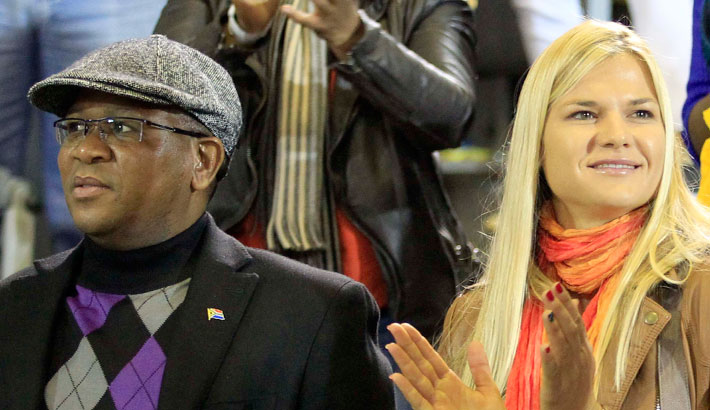 South Africa as a country and its people over the past 20 years has been seized with redressing the imbalances of the past and, twenty years into democracy, development and transformation still top the agenda of Government, and sports is no different.

Whilst sport is used as a catalyst for social cohesion and national unity, transformation is still a challenge with unequal and divided sports landscape in the country.

The unequal nature is mainly informed by participation, access, infrastructure development and the development of sports in general from both racial and gender points of view. When we speak transformation in sports, like the rest of South Africa, it is not only racial – but also has gender undertones.

In line with minister’s mission of recognizing excellence in sports, it is important to acknowledge the role played by woman in sports over a period.

Concerns have been raised from different quarters on how women achievers in sports have been neglected. These are woman who have raised the South African Flag high amongst nations, and to date many of them are not celebrated, if not forgotten.

It is for the reason above that in celebrating 20 years of democracy and Women’s Month, the achievements and plights of these women should be elevated.

This is also against the backdrop that this takes place 57 years after the historic turning point of the adoption of Women’s Charter in 1956.

We should remind ourselves, as a nation with our contradictions, that we have talent that should be celebrated, even more so woman who have made South Africa proud on the world stage.

Against this brief, the Minister of Sport & Recreation, Mr Fikile Mbalula, will honour the immense role and contribution made by women in sport during the apartheid days and years, and post 1992, which is the historic year sanctions were lifted on South Africa to participate in the International community.

Photo 1 caption: SA Sport and Recreation Minister Fikile Mbalula pictured with Olympic medallist Bridgitte Hartley, at the final of the Netball Diamond Challenge between hosts South Africa and Malawi, a tournament launched by the Minister in 2012 as part of his focus on making netball a national priority sport. Minister Mbalula is ending Women’s Month in 2014 in trademark style, honouring 50 among South Africa’s women in sport nobility at a special gala event at the Sandton Convention Centre in Johannesburg, on Thursday, 28 August. Photo: Reg Caldecott / Gallo Images