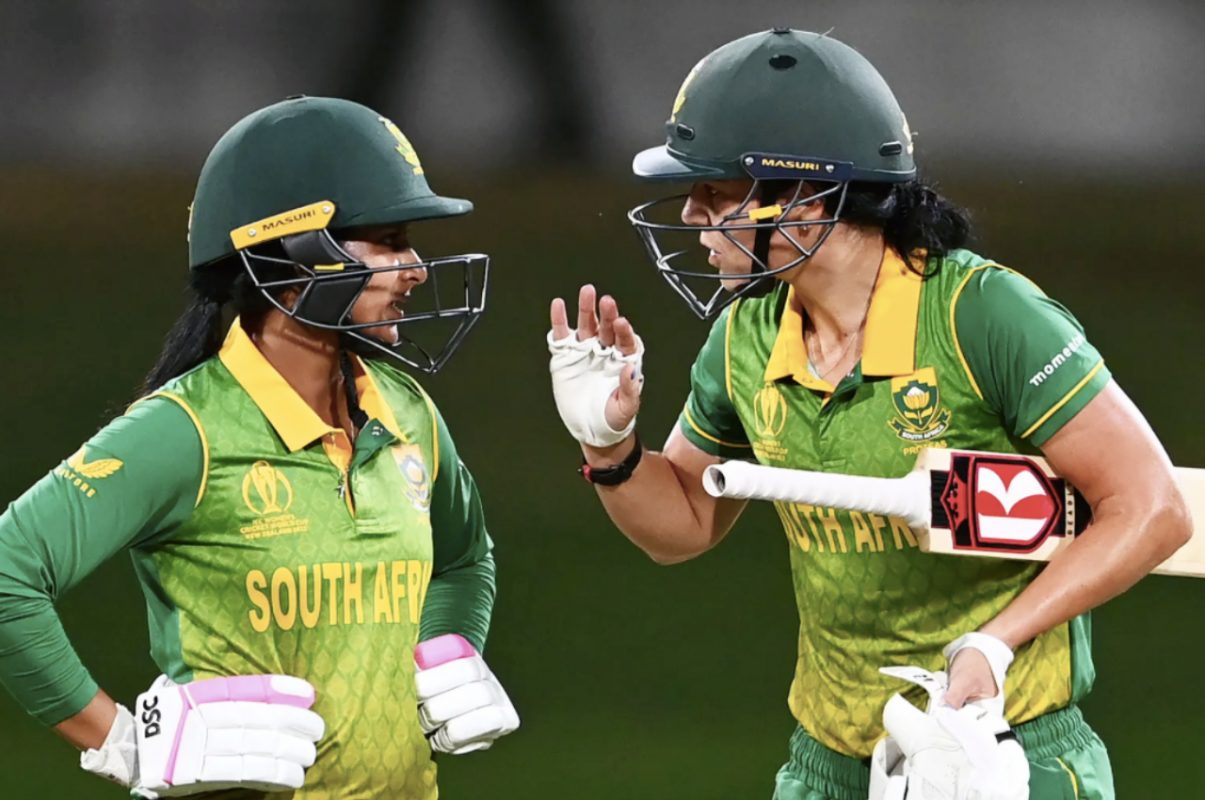 Three matches into their ICC Women’s World Cup campaign, the Momentum Proteas have lived up to their billing as tournament favourites, bagging six points after hard-fought wins over Bangladesh, Pakistan and England.

On Thursday, 17 March, the Suné Luus-led side will face another massive challenge when they come up against hosts New Zealand who will be keen to return to winning ways after a loss to Australia.

So far, South Africa’s bowling has been their stronger skill. Their pace quartet of Shabnim Ismail, Marizanne Kapp, Ayabonga Khaka and Masabata Klaas have accounted for 24 of the 29 wickets taken by the Proteas throughout the tournament. The remaining five wickets have fallen to run outs.

This fact, coupled with South Africa’s struggles with the bat, should mean it is no surprise that all three Player of the Match awards have gone to their seam contingent – Khaka being rewarded for her four-fer against Bangladesh, Ismail’s clutch effort against Pakistan earning her the award, and Kapp’s monumental all-round effort against England meant she was crowned ‘Player of the Match’.

Coming in to the tournament, South Africa’s pace trio of Kapp, Ismail and Khaka was billed “the best in the world”. One look at their numbers, and it would be hard to argue with that statement. As of 16 March 2022, the trio have taken a total of 414 ODI wickets between them at an average of just over 22.

“I have always been very vocal and honest that we have the best seam attack in the world,” Proteas skipper, Dané van Niekerk told gsport.

“I think the beauty of the three of them (Kapp, Ismail and Khaka) is that there is no obvious leader. Yes, I guess you could say Shibs is the leader of the pack in terms of her longevity and incredible contributions for our country, but what I love about them is that they’ve always got each other’s backs. They always want each other to do really well. When somebody doesn’t have the best day, they are the first people that go to their bowling partner, and they are there for each other,” she added.

“You can say Shabnim obviously drives that bowling attack, but Ayabonga has been the silent killer! She’s also come into her own, being a lot more vocal within the setup and I love that. They are just a great unit. They’ve come a long way together and it’s a special partnership,” she added.

While the main trio have been at the centre of South Africa’s success so far, Klaas too has played a very important role. In three matches, she has picked up five wickets at an average just over 21 and also has the best economy rate within the team (3.85). She has shown the ability to strike in the middle overs, dismissing the likes of Natalie Sciver, Tammy Beaumont and Omaima Sohail.

Since her return to international cricket in 2015, Klaas has struggled to find a consistent spot in South Africa’s playing XI. Only in 2016 and 2018 did she feature in more than 10 ODIs in a year. However, in the absence of van Niekerk in this tournament, the right-armer has received more consistent opportunities and taken her chances with both hands. Her consistency has been a standout through the World Cup so far, even earning the praise of fellow seamer, Kapp.

“I think over the years “Klaasy” has been very unlucky not to have played as many games because it’s very rare that you would play four frontline seamers. But now that she’s given the chance, we see what she’s capable of, and I think she’s been absolutely brilliant for us. The first few games as well, she’s taken crucial wickets for us, and it was just so good to see her performing out there today,” Kapp said in the post-match press conference on Monday, 14 March.

Klaas has combined well with Khaka and the spin duo of Luus and Tryon to dry up the runs in the middle overs. She has also worked up a decent pace, clocking around 115 kmph against England. Her accuracy and subtle variation have made her hard to score off, thus piling up dot ball pressure on the opposition batters, thus picking up wickets as well.

On Monday, she dismissed a well-settled Beaumont with a delivery that cut in sharply and caught the England opener on the crease, plumb in front of the stumps. It was a breakthrough that allowed South Africa to claw their way back into the game and keep England to a sub-par total.

Klaas’ ability to tie up the scoring rate in the middle overs, has also given South Africa the luxury of delaying the re-introduction of their premier wicket-takers towards the back end of the innings. Luus can use her seamers in short, sharp spells to keep them fresh, and the opposition batters guessing.

Much like Khaka, Klaas too has flown under the radar, but that has been more due to the lack of opportunities. One scalp away from reaching the 50-wicket mark in ODIs, she will be keen to continue to put in solid performances, further cementing her spot in the line-up. After many years on the side-lines, she has been thrown a lifeline, and is truly revelling in the spotlight of a big tournament.

Come Thursday, there is little doubt she will want nothing more than to contribute to a win.