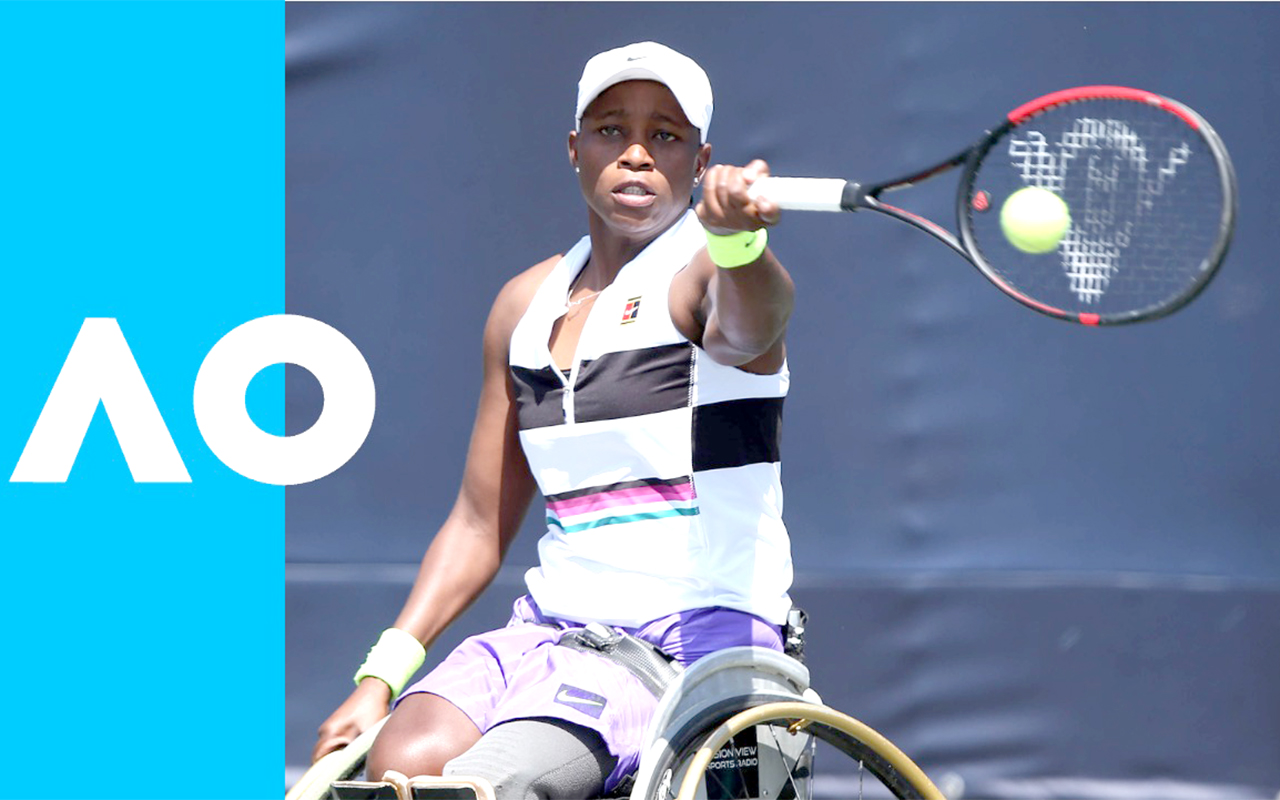 South African wheelchair tennis superstar Kgothatso Montjane is confident of going a step further in this year’s Australian Open, after reaching the semi-final round for the first time at last year’s event.

The 34-year-old from Seshego in Limpopo said her confidence was up as she looks forward to competing again, “Honestly, I am just looking forward to compete again, and I want to do my best of course to finish at a better place than I did last year.”

The wheelchair tennis Australian Open Grand Slam gets underway from 14 February to 17 February 2021 at Melbourne Park.

Touching down in Australia on Wednesday, 13 January, Montjane said she prepared well, and she is ready to challenge the world’s best.

“My goal for the tour is to reach finals or win the competitions.” – South African wheelchair tennis superstar, Kgothatso Montjane

“Preparations were good and I am ready to be back competing again and trying to get back playing at the higher level,” Montjane said. “My goal for the tour is to reach finals or win the competitions.”

The charismatic South African athlete will play in two ITF level 3 series events – the Victorian Open from 3 to 6 February, and the Melbourne Open, from 8 to 11 February, ahead of the first Grand Slam of the year.

Like her peers, Montjane will also have to contend with the new challenge of quarantine. Due to the COVID-19 pandemic, the Australian government has stated that all players arriving in the country must self-isolate for 14 days, before they can play any professional tournaments.

“It’s quite a different set up this year with the quarantine, but it gives us a chance to acclimatise,” Montjane commented. “The rules are quite tough, but it’s the best way to keep everyone safe, including the Australian citizens.”

The players will be allowed five hours outside their hotel rooms to train during the 14-day quarantine.