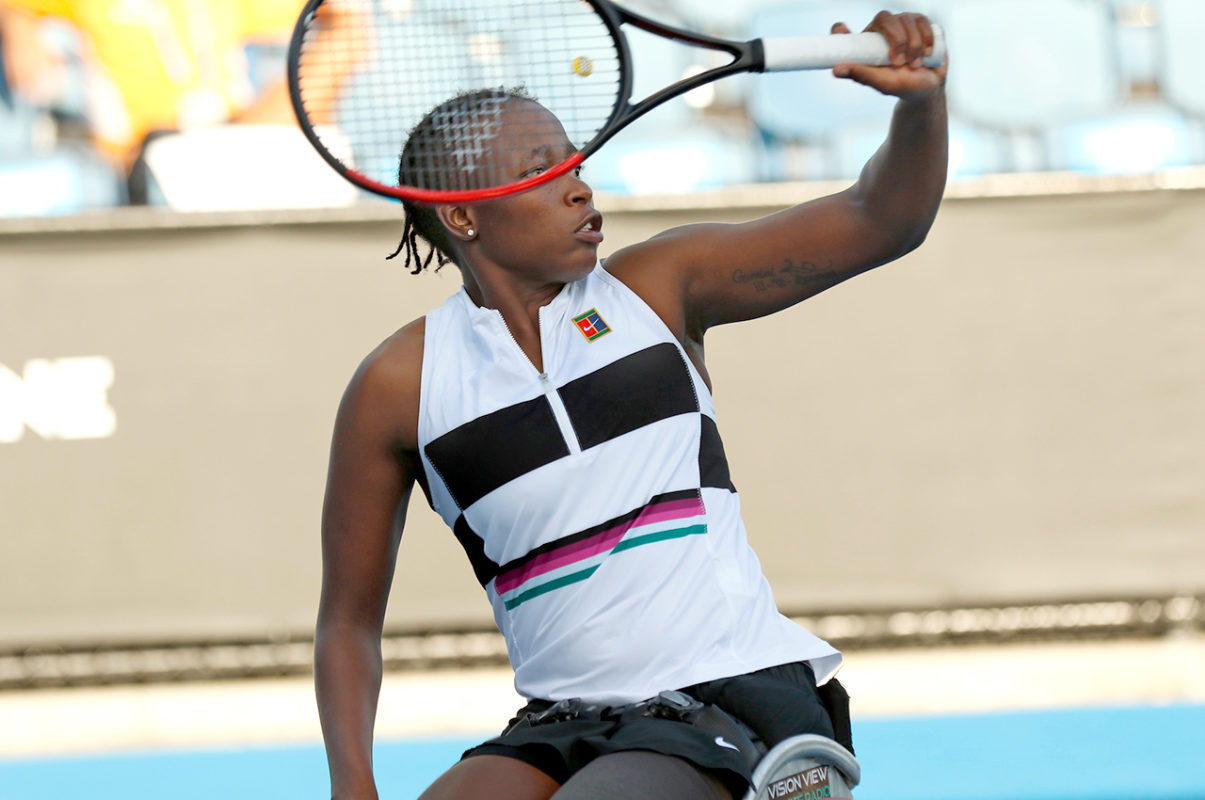 South African tennis star, Kgothatso Montjane failed to progress to the final stage of the Wheelchair tennis singles event at Wimbledon in London after suffering a defeat to Dutch number one, Diede de Groot.

In a repeat of last year’s semi-final, the result once again went in favour of de Groot, who pulled off a 6-3, 6-2 victory.

Montjane Then Took to The Doubles Semi-Final with Ellerbrock

As the 33-year-old looked to redeem herself after her earlier loss to de Groot, as she went on to feature in the Wheelchair double semi-final, partnering with Germany’s Sabine Ellerbrock.

The two who had faced each other in the quarterfinal round, were this time, side-by-side. Unfortunately, they lost their match, 5-7, 2-6, to Netherlands’ Marjolein Buis and Italy’s Giulia Capocci.