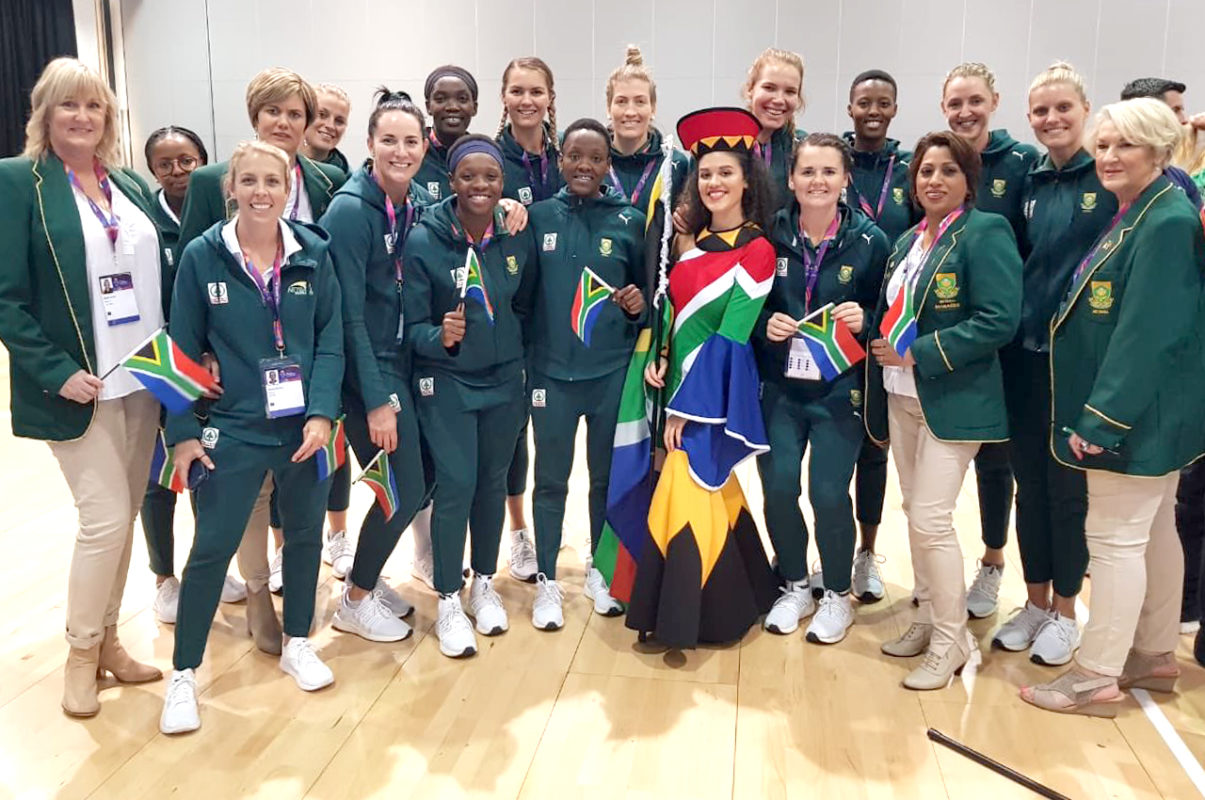 The SPAR Proteas got off to a flying start in the Vitality Netball World Cup in Liverpool, beating Trinidad & Tobago.

It was a very pacey opening quarter that saw the South Africans walk away with a four-goal lead (19-15 score-line). The Norma Plummer-led team continued with their great shooting right through until the half-time break.

As the full-time whistle blew, the Proteas had taken a 31-goal lead over the Caribbean team. Lenize Potgieter had a fantastic display on the court and earned herself the Player of the Match award.

Proteas will Hope to Continue Good Form against Fiji

Tomorrow evening the ladies will be back on the court as they take on Fiji. The Fiji Pearls were thumped by Jamaica: score 85-29 and will be looking to earn themselves their first victory.

Photo Caption 1: The SPAR Proteas team at the opening ceremony of the Vitality Netball World Cup in Liverpool. Photo: @Netball_SA on Twitter