More Success to come for Banyana 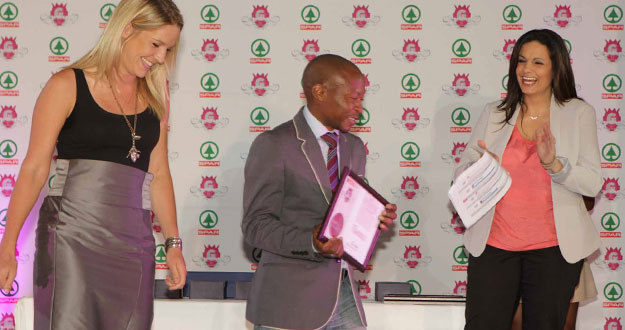 Banyana Banyana’s highly successful 2012 international football campaign has set the scene for a new era in South African women’s football and the race for places in the Women’s Senior National Team is tougher than ever.

In a year which has seen the Sasol-sponsored Banyana Banyana make their first ever appearance at the Olympic Games, followed by qualifying for the final of the CAF African Women Championship 2012 held in Equatorial Guinea earlier this month, the national team players and technical staff have qualified for major awards on the local front.

Banyana Banyana head coach Joseph Mkhonza was named as the ‘Coach of the Year’ at the SA Sports Awards, while Banyana Banyana (Team of the Year category) and midfielder Portia Modise (Sportswoman of the Year) also made it on to the list of finalists nominated by the judges.

Mkhonza was also a finalist in the SPAR gsport Awards –the premier platform of honouring those involved or participating in women sport in South Africa.

“The success of Banyana Banyana can be put down to the hard work put in by the players and committed efforts of the technical staff, plus the support of Safa and our loyal team sponsor Sasol,” said Mkhonza.

“The Sasol League, which is the premier women’s league played in all nine South African provinces, is a key platform through which talent is identified, and the Sasol League Road Show visits to the provinces allow the coaches the chance of analysing players during the Player Trials and during matches.”

Sasol Sponsorship Specialist, Football, Dumisani Mbokane said: “Banyana Banyana has reached the pinnacle of four years of hard work since Sasol became involved with the national team and backed the Sasol League. This further illustrates our company’s firm commitment towards women empowerment through sport which we view as a key element of nation building.”

Sasol’s committed approach played a major role in the company’s sponsorship being named as the winner of the ‘Best Use of PR in a Sports Campaign category at the Virgin Sports Industry Awards held in February this year.

“The Banyana Banyana players are now established role models to football fans throughout South Africa and indeed on the continent, and there is no doubt that if the talent of the current crop of players continues to be nurtured, to be supported by the arrival of several new, young stars, the national team has the potential of qualifying for major international events such as the Olympics and the FIFA women’s World Cup in the years ahead,” added Mbokane.