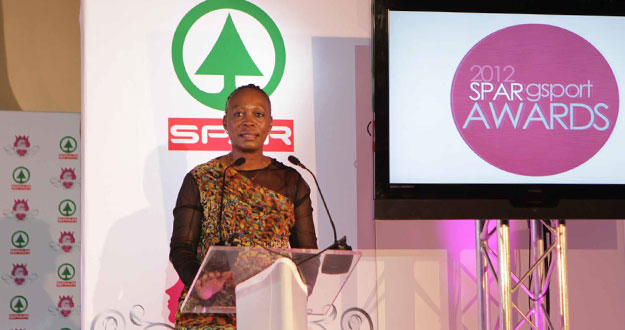 When the term ‘groundbreaker’ was coined the name Muditambi “Ntambi” Ravele probably came after it. The 50-year-old former teacher joined the National Department of Sport and Recreation as an Assistant Director, Sports Advancement in 1995, after teaching at Reitumetse High School in Soshanguve for nine years.

She then went on to initiate the Women and Sport project in the Department of Sport and Recreation, and was later appointed as National Co-ordinator of Women and Sport South Africa, which was launched in 1997.

Ravele was then appointed as a Chairperson for Women and Sport South Africa (WASSA) Steering Council by the then Minister of Sport and Recreation, Mr Steve Tshwete, and invited to represent South Africa in the International Olympic Committee (IOC), World Conference on Women and Sports, Switzerland.

She was elected as a Chairperson, Supreme Council for Sport in Africa (SCSA), Zone VI Women and Sports Interim Committee 1996/97, and then vice-chairperson from 1998 -1999. Ravele assisted in the formation of women’s committee in most of the Zone VI (SADC) countries, and runs workshops within some of those countries.

Ravele is the recipient of many awards, including being honoured at the Presidential Awards and winning the State President Sport Administrator of the Year Award for 2001/2002. She has also won the Limpopo Premier’s Award, Black Management Forum Award, and the Chief Mphephu Award, to name but a few accolades.

The mother of one, businesswoman and mentor shares the journey that has put her where she is today.

Congratulations on being inducted into the gsport Hall of Fame! How does it feel to be honoured by gsport4girls?

It is a great honour, especially to be recognised by other women.

What are your thoughts on the relevance of initiatives like gsport4girls?

It is a good initiative because it profiles women for our young girls to look up to. It also recognises excellence on the field of participation.

What sparked your interest in sport?

I was active from a young age, I played any form of sport in the streets of the township with other kids, and I enjoyed it. What made me study in the field of sport is because I grew up without female teachers or sport officials to look up to. Especially black coaches, administrators and technical officials.

What was it like launching the Women and Sport South Africa initiative for the Department of Sport in 1996?

This was one of my greatest achievements. It was successful because of the support from the former Minister Steve Tshwete and the former DG Mthobi Tyamzashe, who allowed and assisted us to achieve our goals. Because of their support, we managed to attract a lot of support from other stakeholders and other countries like UK and Australia

What are some of the challenges you faced trying to make it in a man’s world, and how did you overcome them?

There are many challenges, and most of the time you are referred to as a woman than as their equal. They sometimes want to allocate tasks of taking minutes and ask for tea during meetings instead of participating in decision-making discussions.

Sometimes they will refer to you as a quota even though you were never appointed because you are a woman, but because of your capabilities.

I managed to overcome these by always presenting my views, and I wouldn’t stop raising an issue until we addressed it.

What needs to happen now to take women’s sport forward?

We need to ensure that federations treat female athletes with the same respect and support as the male athletes.

We need to try and go back to the days where federations and governments were forced to appoint women in decision-making positions, and open opportunities for girls to participate in sport without any form of abuse.

What are you views on the state of netball, and the growth of the game?

Netball is the number-one women’s sport in the country; I think my concern is the lack of black participation as players and officials.

Netball is played in every school and university in this country; we shouldn’t be having problems with players and officials of colour coming through the ranks.

I am excited about the announced Netball League; I hope it will give opportunities to all so that our national team can reflect our demographics.

What have been some of your biggest career highlights?

Initiating the Women and Sport movement and the initiative being used as an example of good practice by the World Women and Sport forum. I was even asked to come and present a paper during the world conference on women and sport in Canada.

There was my appointment as Netball SA President with a task of transforming the organisation, and running it like a business was also special. We achieved all the tasks given to us within two years.

We achieved 50% representation at all levels and in all areas of our sport. We moved from only one employee and a volunteer in the office, to appointing a CEO, Event Manager, and Development Officer.

We started a national league, signed a contract with SABC and started a magazine programme called Ses’fikile, which we negotiated to be televised on SABC1 just before the Football.

We signed sponsorship deals with Unibank, and later SPAR for the national team and the national championships; Discovery sponsored the league and built netball courts in rural areas and semi-urban areas.

I worked at the PSL under the leadership of Trevor Phillips; he taught me a lot of skill on the business of sport.

What have been your biggest career lessons?

Select your battles, and don’t play games when you don’t know the rules of that game.

Who are your biggest supporters?

Many sportsman and women, and lots of South Africans and friends from other countries in Africa and abroad.

Great leaders in the world, leaders with good qualities and respect.

What is the best advice you have received?

To learn to work smart.

What advice would you give to women who want to go into sports administration?

To please focus on their portfolio and perform to the best of their abilities. Make sure you are always up to date about what is happening in the industry.

What does it mean to you, to serve on the Boxing SA Board?

Tell us about the Foundation you run, when it was launched, what is the purpose and how has it progressed?

I initiated a Women and Sport Foundation in 2007 after I left the PSL, because I wanted to run my business in sport and also have a Foundation that will develop a culture where all girls and women will have equal opportunities, equal access and equal support in sport and recreation at all levels, and in all capacities of decision-making, administrators, coaches, technical officials, professionals as well as participants, so that women and girls may develop and achieve their full potential and enjoy the benefits that sport and recreation have to offer.

We wanted to have a structure and will mentor up and coming athletes, officials and administrators and act as their advocate. The Foundation is taking up slowly, but I am positive that it will soon be able to cover all areas of our focus.

What motivated you to start mentoring young women? When did it start and what have been the highlights?

I have been doing this for years, even if it was not structured in a formal way. When we started the foundation, I selected women with great experience in sport to be part of my team, so that we can have a formal mentorship programme.

It is not working as planned because of financial constraints, but I have a few officials and players who are always in my pool for mentorship, and those who will always call when they need some assistance or support.

The highlights come in when you see them moving up through the ranks.

What are your goals going forward?

I think my biggest goal is to see the Foundation up and running as planned. I am still going to look for possible donors, and ensure that we give women the support they want.

Was there ever a point when you considered giving up?

Yes, you will have those challenges sometimes, but when the going gets tough, passion take over. My passion for sport always overrules some of those temptations.

How did you balance motherhood and being a successful career woman?

I have one who is turning 30 this year. It was not easy but I have built a team of men and women around me who were always available to assist me when I was travelling or busy with meetings.