2010 gsport Hall of Fame recipient, Motlatsi Keikabile, is upbeat about the future of athletics in South Africa after having been elected vice-president of Athletics South Africa, saying that she is ready to get down to work.

“We face a challenge to bring back credibility to the organisation, but I am ready to put in the effort that is required.”

In 2010, Keikabile was inducted into the gsport Hall of Fame in recognition of her outstanding work in the community to promote athletics.

At the time, she was heavily involved in the athletics administration, as a technical manager for ASA, and as President of North West North Athletics in Rustenburg. She also ran two community sports clubs – athletics and netball, in a bid to give back, and contribute to the growth of sport in communities.

Reflecting on her induction into the gsport Hall of Fame, Keikabile said: “The award renewed my strength, it mounted me with wings like an eagle, it made me run and not be weary, to walk and not to faint. It encouraged me to continue doing what I have been doing, my efforts were eventually recognised.”

In the past year, Keikabile was elected onto ASA’s Executive Board as an additional Member, nominated to manage Athletics Team to the Commonwealth Games in New Delhi, nominated to be Head of Delegate during the African Athletics Junior Championships held in Botswana, and nominated to Chair the Voting Panel for the SA 2011 Sports Awards to be held on 21 August 2011 in the Sun City Super Bowl.

Keikabile will hand over the coveted gsport Hall of Fame award to the 2011 recipient at the 6th annual gsport Awards, which take place on Monday, 1 August 201 at the Wanderers Club in Johannesburg. 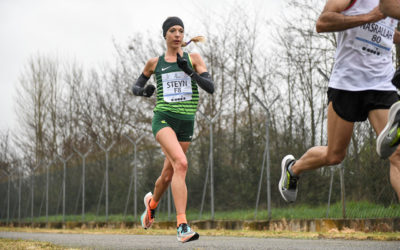