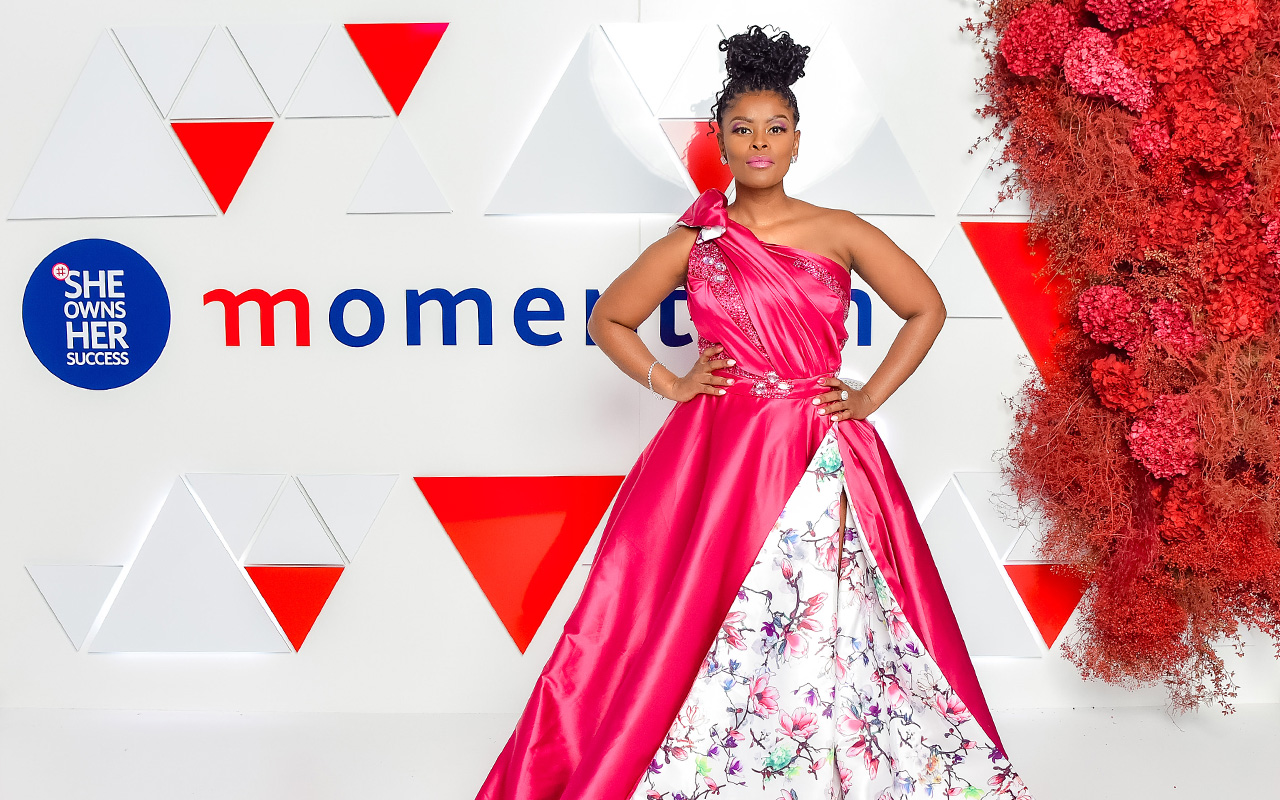 Award-winning sportscaster Motshidisi Mohono is pioneering her way in the sport industry as she aims to use her voice to inform, educate and entertain listeners on her Game Time Show on Radio 2000.

The two-time Woman in Television winner on the Momentum gsport Awards stage recently took up the opportunity to join the national radio broadcaster on the weekday show which airs from 18:00-19:00.

Apart from providing information to the public, Mohono says she hopes to learn from listeners and guests as she seeks to gain further perspective of the sport industry.

To date, Mohono has made an incredible impact as a rugby presenter in South Africa and now she aims to reach greater heights as she says: “My ultimate goal is just to be named among the best in the world, that’s it! And, I think I’m on route to world class.”

The sportscaster is fortunate to have women in sport who guide and share valuable advice to help her along in her career, which she is now using to inspire the next generation.

Motshidisi, thank you for your time. Congratulations on your recent appointment at Radio2000. What does it mean to have received this opportunity?

Hi Tlamelo, thank you so much for the congratulations. It means the world to me, such a great opportunity to just continue doing what I love which is speaking about sports and this is a show that’s all-encompassing. So, I won’t just be focused on my niche, rugby but covering all sporting codes, across the platform and across the world.

What are you looking forward to on the show?

I’m really looking forward to educating, informing and entertaining. I think that’s the one thing I really want to do. I want to be able to be a conduit where my listener can learn and also to be able to learn for myself from the listener as well as the guests that we will have on the show, so I’m feeling really good about this one.

What would you say has been the most challenging, but fulfilling part of your journey to date?

Well, there have been a lot, but I think in the beginning it was really to carve my own space within the arena of sports. I came in at a time when there weren’t a lot of women, particularly women working in the sport that I work in which is rugby, so just establishing credibility and also establishing my space within the space was the most challenging for me but I grew in confidence. Now, I’ve also grown in confidence of who I am as a person and also as a broadcaster so that has been the best part of it.

The fulfilling part is hearing commentary like, “I watch rugby I watch because of you.” I think that is the most endearing compliment that I’ve ever received, to know that I’ve changed someone’s mind or their perspective on this game that I love.

Who are some of the women in sport who have supported your career and mentored you along the way?

I think all – I think it’s so small that you almost know everybody, and everybody knows one another. So, when one woman wins, we all win. I have gained support from almost every woman in the space. It has been really great to also work with the likes of Kass Naidoo, Carol Tshabalala, Thato Moeng, Julia Stuart, Cato Louw, etc – women in the space that I work in but also the likes of Romy Titus, Lebohang Motsoeli, women who I am always able to reach out to.

Mpho Letsholonyane, another one who is always ready with a piece of advice or a different perspective as far as my career is concerned.

I wouldn’t necessarily point to one as a mentor. I think I have gained from everyone that I have been able to speak to, relate to and teach. You know, in teaching others you are also reminded of some of the lessons that you have learnt as well.

As one of the most celebrated media stars on the Momentum gsport Awards stage, what are your views on the power of being recognised for your craft and how it plays a part in shaping the rest of your career?

The Momentum gsport Awards stage – love that one! My views on the power being recognised for your craft, I think it’s one of the human traits. We want validation and we want to feel like we are seen. It is always great to be given those kudos from women who are doing the same work, giving you that pat on the back and a high five to say that you are doing really well. It does loads not only for your self-confidence but in furthering your belief and the fact that you are where you belong, so I love that!

In shaping my career – my career has given me a lot of confidence I won my first award at a time where I was really down in the dumps. I didn’t know if I was where I belonged, if I should even continue in this industry and that award was a sign to say that I was walking in the right direction. I think that’s also the role that is played in my career, it’s has reminded me to always step it up, to always raise the bar, to always be even more excellent, to always search for the room for improvement, so these awards are really vital and remind us that we are the best and we are doing our very best. The bar is set very high and that we should continue.

There are many of them! I think my first test match – South Africa vs Italy back in 2016 and even though South Africa lost, it was a momentous occasion for me, I remember it fondly for that reason.

Also winning the 2016 and 2020 Women in Television awards at the Momentum gsport Awards. Winning the South African Sport Award for Journalist of the Year 2018, was also just a momentous occasion and I think that day mattered even more because I was able to share that moment with my parents – they were my dates to the awards, so I always remember that day very fondly.

Every time that I’ve been able to step onto the field and present the sport to the world, I remember with fondness. I remember Siyamthanda Kolisi’s first game as captain – 2018 the first test for South Africa against England, it was extraordinary being at the Emirates Airline Park and just being drowned in the cheers and applause for this young man that was well rewarded for his investment in the sport. His first game as the captain where South Africa won coming from a pretty lowly score line at halftime to win the game. So that was one that stuck to my mind.

The 2019 Rugby World Cup, hosting it but also seeing South Africa win it, a team that was just a kaleidoscope of hopes and dreams and representation, it was extraordinary to be part of that.

The 2021 British and Irish Lions tour to South Africa that happened under the huge cloud of Covid-19 but also the unrest that broke out in KZN and spread throughout the country and it’s at a time we didn’t even think it would go ahead but it was definitely one of my highlights presenting that to the world – it was fabulous as well.

What’s your advice to women who want to venture into sport as they hope to make a positive impact in the industry?

Authenticity, be you. Your power is in being you. Being you is your X-Factor. Draw strength, encouragement and perspective from other people but always be you when you step onto camera or on to a mic. When you are writing, let people see who you are and your character traits and those little things that make you, you.

Prepare, be prepared, and work hard! You’re not always going to get applause for that hard work you do but work out anyway. Set your standard and meet your own standard every single day regardless of what people on the outside say.

What else are you hoping to achieve in your career?

My ultimate goal is just to be named among the best in the world, that’s it! And, I think I’m on route to world class.