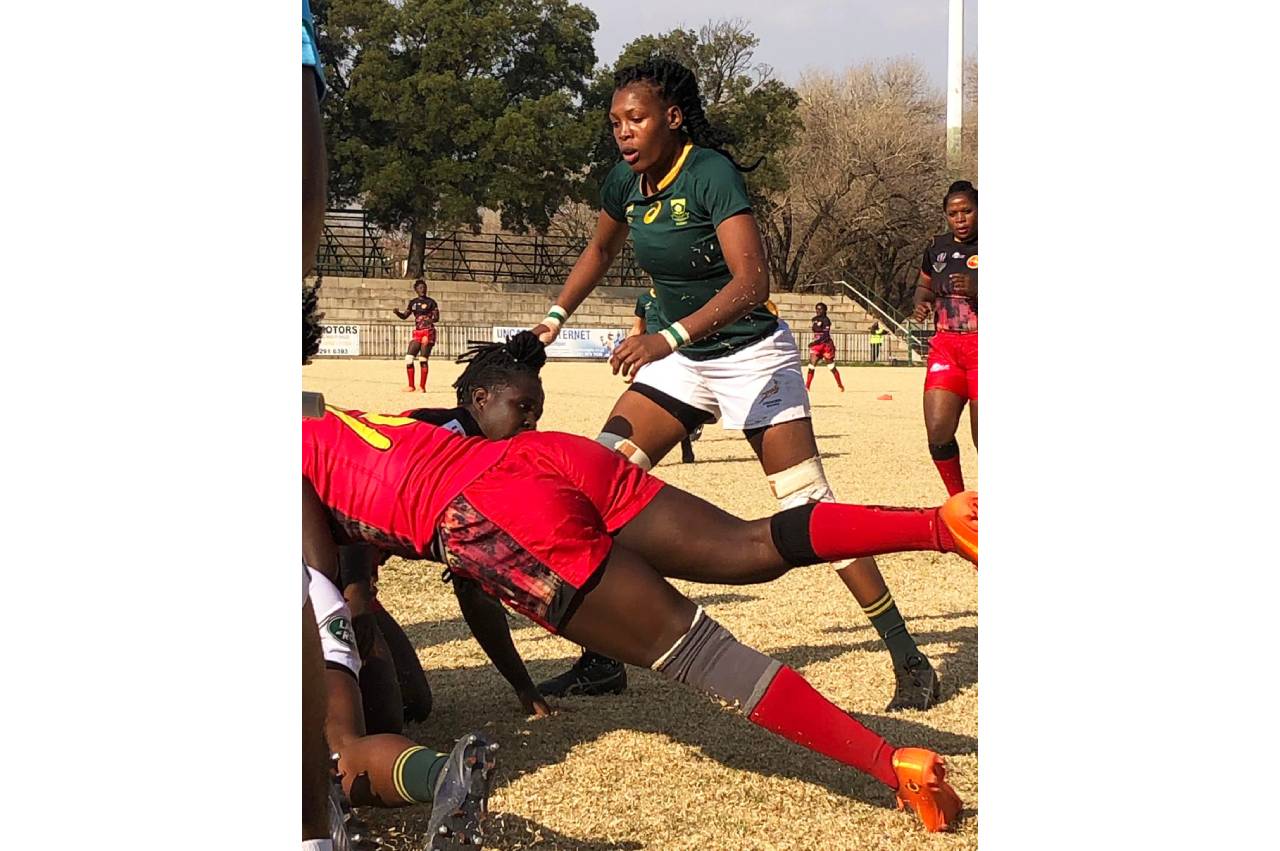 Springbok Women’s assistant coach Eddie Myners looked back at the team’s opening match in the Women’s Rugby World Cup Qualifiers in Brakpan with pride on Saturday, 10 August, 2019, but said there was work ahead as the team looks to book their place in the 2021 World Cup in the next week.

The Springbok Women kicked off their campaign with a stunning 89-5 victory against Uganda on Friday at the Bosman Stadium, and will line up against Madagascar on Tuesday, 13 August, and Kenya on Saturday, 17 August, in their remaining matches.

The team at the top of standings after the three rounds of matches will qualify automatically for the 2021 international extravaganza in New Zealand.

“The opening match was a good exercise for us, and it certainly was a case of mission accomplished,” said Myners.

“We went into the match with a specific plan, and we ticked a lot of boxes with our performance.

“There are, however, areas that we need to work on. The match was free-flowing and there was a lot of space, which allowed us to score 15 tries, so we didn’t get to test our set pieces as much as we would have liked to. In general, however, we are happy with the display,” he added.

The Springboks Will Be Looking to Up the Tempo Against Madagascar

Zoning in on the areas they would like to work on going into their next match against Madagascar, Myners said that they need to convert their chances.

“I think we can improve on our finishing, as there were a number of chances that we didn’t convert into points.

“There were also very few lineouts in the match, so we would like to focus more on our scrums, mauling and lineouts going forward, although I thought our scrums were very good against Uganda,” he said.

Given the short turn-around between matches, Myners said good player management will be vital to give them the best possible chance to qualify for the World Cup.

“The players were a little stiff and tired this morning, which is understandable, so it is important to manage them correctly and ensure that we do not overwork them,” said Myners.

“Our strength and conditioning coaches have been good at guiding us in that regard, so we will have a video session today, and a field session tomorrow (Sunday) and then our captain’s run on Monday, so that the players can enter the next match as fresh as possible,” he ended.

Photo 1 Caption: The Springboks began their Rugby Africa Women’s Cup on Friday against Uganda thumping their opponents 89-5 as the Stanley Raubenheimer side look to qualify for the 2021 Rugby World Cup in New Zealand. Photo: @WomenBoks on Twitter