The cream of South African netball will gather at the Royal Bafokeng Sports Palace next month for the annual SPAR National Netball Championships from August 5 to 10. A total of 42 teams, comprising more than 650 players, have registered for the championships, with teams divided into A, B and C sections.

The standard of play is expected to be high, particularly in the A-section, where there will be fierce competition among the top teams to win the title. Gauteng North has had a stranglehold on the title for the past three years, but could face stiff opposition from teams like Gauteng Central, Dr Kenneth Kaunda (formerly North West South) and Nelson Mandela Bay.

“The SPAR National Champs are always the highlight of the year,” said Netball South Africa (NSA) President Mimi Mthethwa. “Netball is the most popular women’s sport in South Africa, and it is always rewarding to see hundreds of young women striving to do their best in the sport we all love.

“We always hold our tournament around Women’s Day, so that we can celebrate our sport and the women of South Africa at the same time,” she said. “The tournament gives us an opportunity to identify new talent, and to see how effective our development programmes have been,” added Mthethwa.

Earlier this year, NSA embarked on a series of roadshows, led by national coach Elize Kotze. The roadshow went to centres around the country, where coaches in the region attended a workshop and had the opportunity to meet members of the SPAR national and under-21 teams.

“We went over the basics with the coaches, and gave them each a DVD that demonstrates what we want them to do,” said Kotze. “They have training manuals, but the DVD will make things clearer for them.”

“It is also important for them to see some of our top players in action, so they can see the standard they need to aspire to. Some of the coaches in the more remote areas have no idea of the pace at which the game is played at the top level,” said Kotze.

Earlier this year, SPAR renewed its 10-year sponsorship of netball for another three years. “We’re very proud of our association with netball,” said Mike Prentice, Group Marketing Executive. “Netball is a sport that knows no boundaries and reaches into all areas of South Africa, and we like to think that it is a perfect match for our aspirations.” 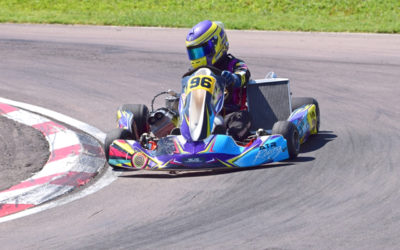