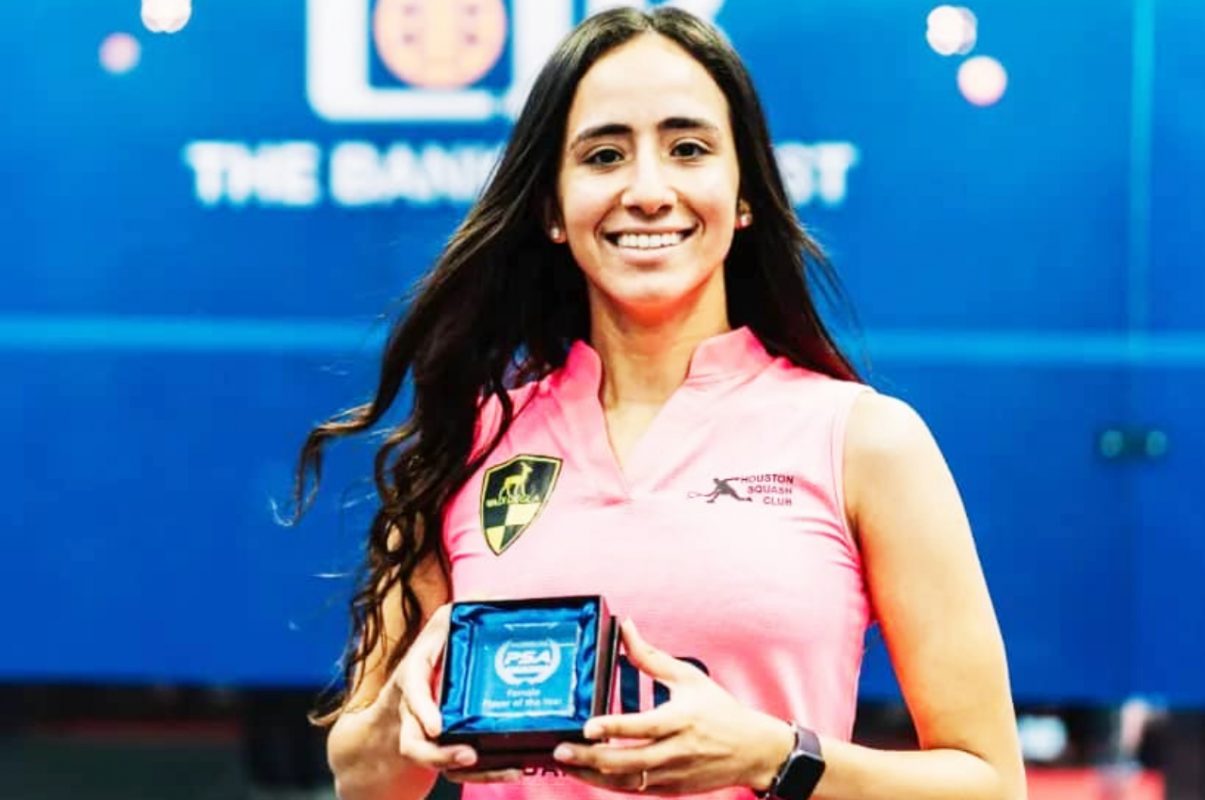 Egyptian squash star Nouran Gohar was crowned as the winner of the 2021-2022 PSA Female Player of the Year.

The three-time recipient of the PSA Female Young Player of the Year picked up the main award for the first time in her career following a season which saw her overthrow Nour El Sherbini to return to World No.1.

The 21-year-old also won the DAC Pro Squash Classic, the Cincinnati Gaynor Cup and the J.P. Morgan Tournament of Champions.

Her counterpart, Nour El Sherbini was the runner-up.

In the junior category, another Egyptian, Hania El Hammamy was crowned the PSA Female Young Player of the Year.

Nour El Tayeb completed the Egyptians’ dominance when she walked away with the PSA Women’s Spirit of Squash Award. While, Georgina Kennedy of England won the PSA Challenger Tour Female Player of the Year.

Winners of the awards were determined by votes casted by both the PSA Awards Committee and fans on the PSA World Tour website.

PSA Female Player of the Year