OUTride a Special Race for Altie

There is a determination in this voice: "Nothing, but nothing is going to keep me from racing the OUTride on 29 July in Pretoria," said Altie Clarke about the OUTsurance Tshwane Mayoral Ride.
There is a good reason why Clarke is so adamant about participating in the OUTsurance Ride; she is the defending women’s champion of Pretoria’s most prestigious lap race.
Clarke surprised everybody last year when she won: "That’s what makes lap racing so special. You can have your bad moments and still win," she said.
"Last year I was dropped every time we went up the climb to the Union Buildings, but I just kept saying to myself I will not give up. In the end I don’t  now who was more surprised when I won – the rest of the field or myself.
“What was really nice, was that I won a race in front of my friends. As a rider from Pretoria you don’t get to do that very often.
"I think South Africa’s cycling is in dire need of more races like the OUTride. I will put money on it that in Pretoria we will attract big numbers, weekend after weekend, with lap racing."
For the past few years Clarke has been the "Jack in the Box" of South African women’s cycling. Just when everybody forgets about her or starts saying that she is past her best, she "pops up" to win a race.
"I know that I have been very inconsistent in the last three years or so, but there are mitigating reasons,” said Clarke.
“My dad died, I moved house, got married and moved house again. That is not very conducive to the life of someone who would like to call herself a pro cyclist.
"But I have to be honest. I am also to blame for my performances. It was a case of really training hard and just starting to find good form, then something would crop up and I would get distracted, and the training would go down the drain.
"Last year I sat down and had a long and hard discussion with myself about the way my cycling career was playing out.
“I realised that I was wasting a lot of time and my talent. I also came to the conclusion that there is no substitute for hard committed hours on the bike.
"For the past 15 months I have really trained hard and I think the results are slowly starting to show. I could have won the Edenvale Classic if I wasn’t misdirected by a marshal when it really mattered. That definitely cost me the race."
Altie’s result base indeed shows very few finishes outside the top ten this year. "The fact that I have been selected for the South African’s women’s team that is going to race in China next week is proof to me that I am doing something right.
“Being selected is a big confidence booster. I now need to train harder to prove that I deserve to ride for South Africa again."
And what’s the secret to winning the OUTride? "The fact that we are only racing 77km doesn’t mean it is an easy race. In fact, I predict the OUTride is going to be one of the toughest races.
"The key to the event is not give up when you start suffering. Actually I don’t want to talk too much about my race tactics for the OUTride.
“I do have a race plan but I don’t want to elaborate on it. The people will have to come out and see me race, and hopefully win for a second time."’ 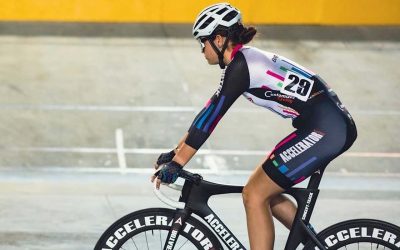 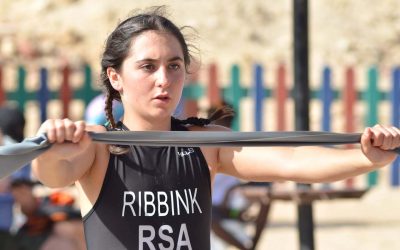