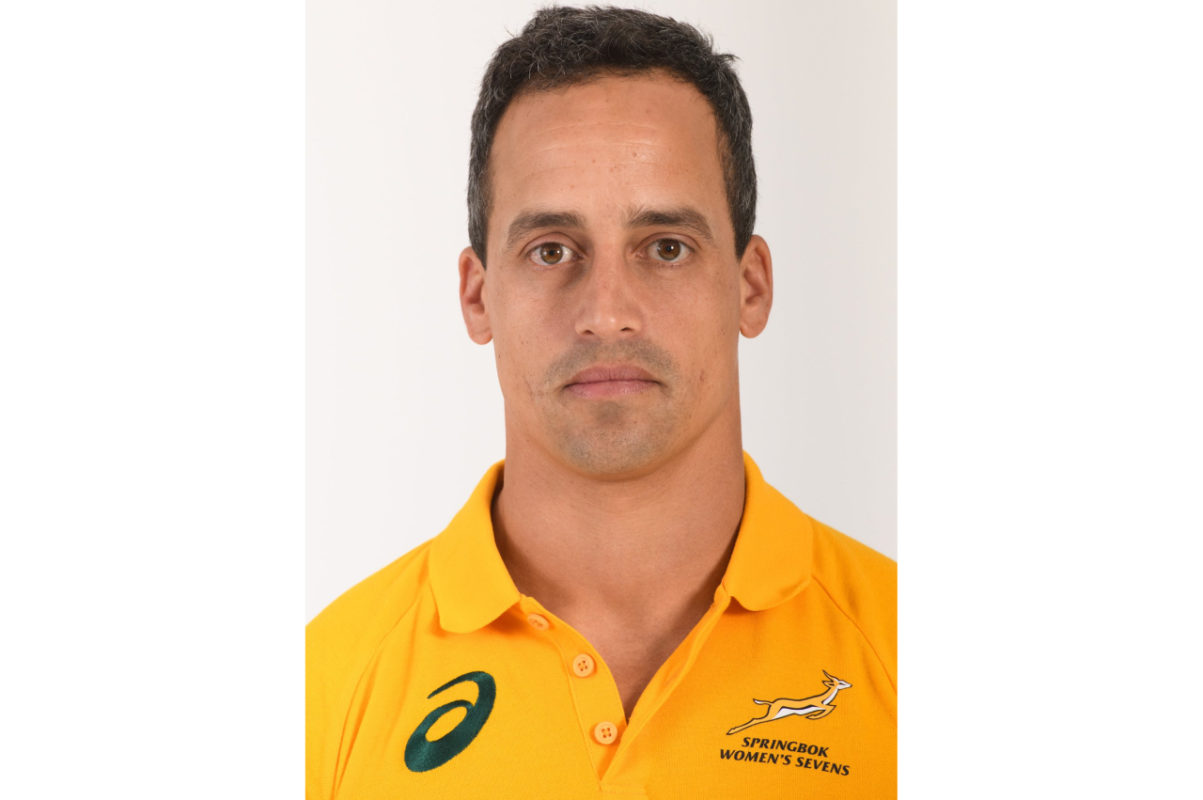 Paul Delport Excited for the Future of SA Women’s Rugby

Springbok Women’s Sevens coach, Paul Delport, is excited by the quality of talent coming through in women’s rugby in South Africa. The former South Africa Sevens captain was appointed to the role in 2018 and has worked to build the profile and structures of the format in South Africa.

The Imbokodo made a valiant historic first appearance at the Cape Town Sevens showpiece in December, earning at 10th place finish as an invitational side in a tightly contested tournament. The young squad will be looking for more opportunities to contest on the international stage once rugby resumes after the pandemic, with the HSBC World Sevens Series and the 2022 Sevens World Cup to be hosted in Cape Town within their sights.

Delport brings a wealth of experience and knowledge to the role, having represented South Africa in 60 internationals in a successful Sevens career. He has set audacious goals for the women’s format; with his passion and commitment to growing the game and ushering in new talent a strong cause of his coaching philosophy.

He connected with the gsport team to give more insight into the state of women’s rugby and his ambitions as national coach.

How was the experience of participating at the Cape Town Sevens?

The Cape Town Sevens was a massive experience for the ladies. For us as a system, the only way we will get better and improve is to play at that level. It was a big learning curve for us as a team, but I was so proud of the ladies. We hadn’t played on that stage since the World Cup in 2018 in San Francisco, it had been over a year that we played in a high-profile international competition. It was also important for our sports fans and community to see how talented the ladies are and how much hard work they put in.

How would you compare South Africa’s High-Performance structures to the rest of the world?

We are definitely on the right track and we are going in the right direction. What has been tough is that we are far behind in terms of our systems and our overall thinking behind women’s sport. There has been a big turnaround this year, and after a couple of tough years, SARU has really stepped up. They are committed to pushing the women’s game and also investing in it too.

What is the one thing you would like to see improve in Women’s rugby?

At the moment it is tough to run a system when you are running it from the top down. We don’t have many feeder systems into our National setup. I believe up until U11, boys and girls should play rugby together at school, we need to get that into our girls and co-ed schools. We need to make rugby mainstream. There needs to be more opportunities offered at school-going age as well as at university level. It doesn’t matter how much money you put in because if you don’t have anything feeding the national team it will be a struggle.

How have you made the transition from playing to coaching?

It has been such a rollercoaster, but I think I was at the right place at the right time when the opportunity came about. I was lucky to have been given the role with the Academy and also worked with Renfred Dazel the former coach. It was an interesting transition, but I always say to people, if you want to learn how to coach, it is best to coach people who haven’t played that sport before. It has been an interesting journey. If you coach men and you tell them what to do, they nod their heads and do it. But if you coach women they always want to know why, which is great. It makes you more interesting and you also have to think deeper about how you go about you coaching. Personally, for my development, coaching the women has been the best thing that has happened to me.

How would you describe your coaching philosophy?

I used to be a perfectionist and always very hard on people. I realised that I needed to take a step back and these days I am more about the processes rather than the results. Being part of the women’s system has taught me to be adaptable and to give players a platform to perform. It is about creating an inclusive environment that always players to perform at their best.

What have been some of your highlights as coach?

Us playing in Cape Town at the end of last year was a massive step for us. We were very aware of where we were as a team. One of our goals going into the tournament was that as an invitational team going in ranked 12th, we didn’t want to finish 12th. We didn’t win any games, but I think the ladies played really well to finish 10th overall which was positive for us. Last year was big for us winning the back-to-back tournaments in France. We took five uncapped players with us and the conditions were different, it rained a lot, they were conditions that we were not used to playing in.

We had two women’s rugby players as finalists in the 2020 Momentum gsport Awards, how do you see the next generation of rugby players in South Africa?

Babalwa Latsha and Zinhle Ndawonde are such consummate professionals. I have so much respect for someone like Zinhle who has a physical full-time job and is still able to put in the work that she does, it is testament to her character. Babalwa is phenomenal; we invited her to one of our pre-World Cup camps in 2018 and she did so well that she ended up playing for us at the World Cup. She was a fantastic impact player who is so smart and always wants to learn. Most importantly, Babalwa is a good natural leader who has picked up the torch and is taking growing women’s rugby in this country very seriously. We have a great crop of players who are currently in the system, they are hard-working, committed and incredibly talented. I am excited about the future and what we can achieve as a team.