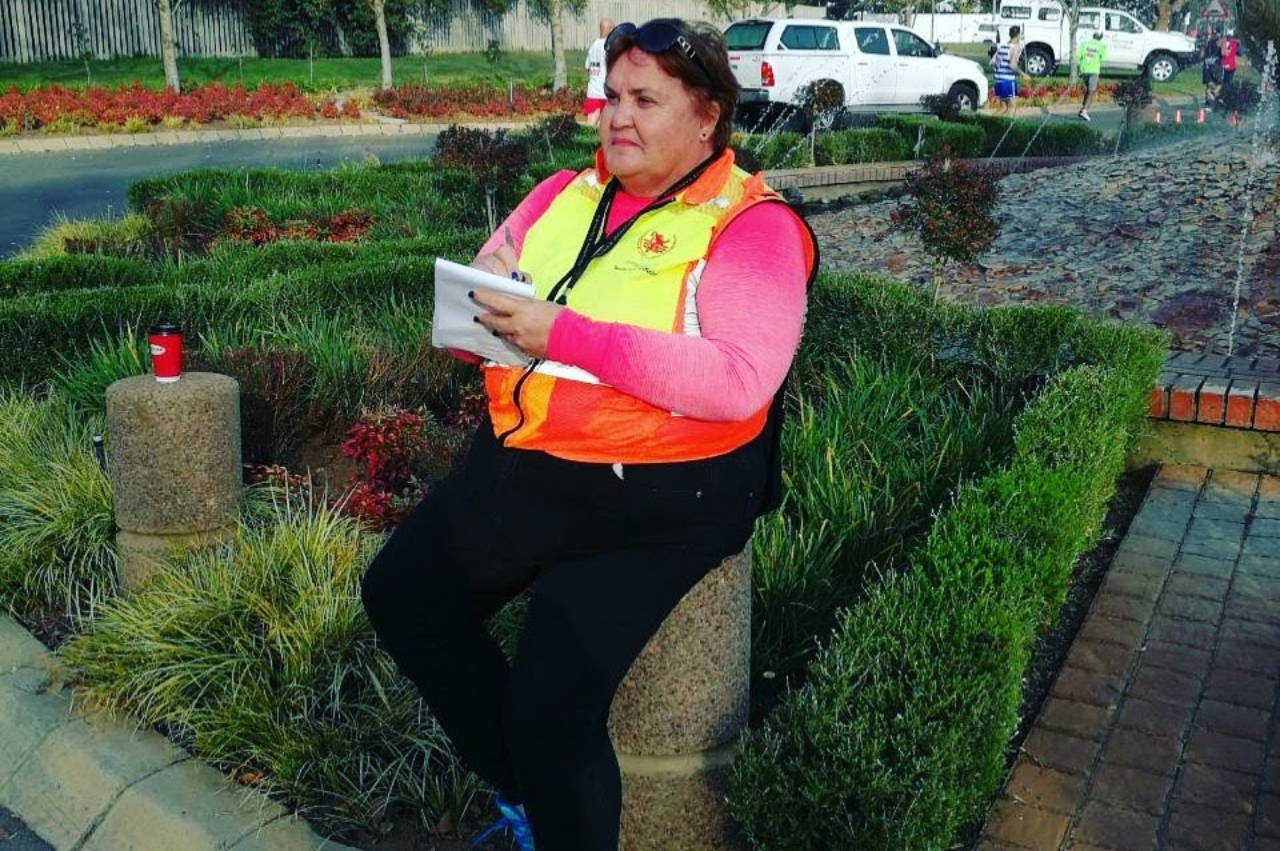 Colleen McNally is well known on the road running circuit and has participated in various marathons, including the 1997 World Master Championships.

McNally’s passion for sport began at a tender age where she took part in athletics, hockey and netball. She later got involved in the RunWalkforLife programme after her fitness levels deteriorated.

To date, she has represented the CGA Technical Officials Committee, elected CGA Road Running Commission’s Vice-Chair for two years, then Chair for 4 years.

She was then elected to ASA Road Running Commission in 2013, serving on the 7 member ASA HOC committee.

With an impressive list of achievements, what is McNally still aiming to achieve in the sporting space? gsport finds out!

Colleen, welcome to gsport, it is good to profile you. Where does your passion for sport come from?

I took part in Athletics, Hockey and Netball at school from Grade 2 onwards. As an adult I became unfit and overweight, and was referred to RunWalkforLife. I became a competent walker – longest race being the two-day Guardbank Capital to Coast in 1996. I also represented SA at World Master Champs in Durban in 1997, in the 5000m walk.

When did you decide that you wanted to play a part in South African sport?

When we needed licence numbers to compete regularly, we joined Randburg Harriers. Our walking captain was elected to CGA Racewalking committee and complained there were never any minutes. I volunteered to take minutes, and from there became a Racewalking judge – I was honoured to be placed at Engen and ABSA meetings, where I also worked as a timekeeper.

You are well known on the road running circuit. What are you current roles in sport?

The CGA Racewalking committee led to my election to the CGA Technical Officials Committee in 1998. I was elected to CGA Road Running Commission in 2009, as Vice-Chair for two years, then Chair for 4 years. I was elected to ASA Road Running Commission in 2013. I served on the 7 member ASA ad HOC committee when IAAF dissolved the ASA Board. Under the leadership of Daan du Toit, we worked hard to lay the foundations for ASA to get back on track and grow to become a successful organisation again.

What does it take to be a successful race official?

A passion for the sport and for fairness. A willingness to learn constantly and keep up with rule changes. Integrity is vital, as sometimes unpleasant decisions must be taken even if personal friends are involved.

What have been some of your top career highlights?

How do you overcome challenges you face?

Being up to date with current rules, and being able to refer to them resolves any issues. Standing firm and applying rules correctly.

Road Running has taken a massive knock, as it is a mass event sport. We could start by hosting small events, all Covid-19 protocols in place, with runners starting in waves – depending on the width of the road. If we get small events well organised, we can hopefully build up numbers.

What one women’s sport event has got you excited for 2020?

The SPAR Ladies virtual run – everyone can participate. The World Half Marathon Champs in Poland would have seen a new SA record with Glenrose Xaba and Gerda Steyn in peak form.

What is your advice to those race officials coming up in the industry?

Realise firstly, that you are a volunteer. You may receive an incentive to cover travel costs, but your first priority is to ensure fairness. You can only achieve this by learning and understanding race rules. When you wear your bib, you are independent – your only loyalty is to the rules.

What are your thoughts about the state of women’s sport in South Africa and what can we do to improve it?

Who are your favourite sportswomen and why?

So many! Comrades winners Caroline Wostmann, Anne Ashworth, Charne Bosman for their commitment and endurance. Lebogang and Diana Lebo Phalula, Glenrose Xaba and Kesa Molotsane for their persistence. René Kalmer and Mapaseka Makhanya for their longevity in the sport. Deirdre Larkin (87) and Ulrike Karg for overcoming obstacles and continuing to win.

What inspires you to be your best?

Knowing that I can make a difference in growing my sport by keeping up to date in all areas of road running. This way our hard work can develop and strengthen our sport.

What do you still want to achieve in sport?

To develop road running as a safe sport, to uncover talented athletes and ensure they can achieve the best possible. To ensure that knowledge and experience is shared widely, to empower as many women as possible.