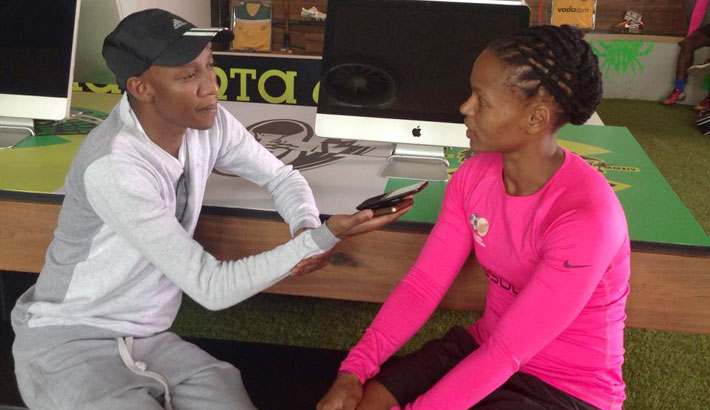 Vera Pauw’s charges depart for Zambia on Thursday, 21 August to take on She-polopolo at Nkoloma Stadium in Lusaka on Sunday, 24th August. Kick-off for the match is scheduled for 15h00.

Both Sasol Banyana Banyana and She-polopolo are preparing for the 9th edition of the African Women’s Championship (AWC), which will also be used as qualifiers for the 2015 FIFA Women’s World Cup. The top three finishers from the AWC will qualify to compete at the World Cup in Canada.

Preparations for the match are well underway. The team assembled in Milpark on Sunday, 17 August and held their training sessions at the Nike training centre.

“We are not fully ready yet for the tournament, but we are on track. We need to work on getting fitter and stronger, and with each friendly match we play, we are moving towards that goal,” said Pauw.

Banyana Banyana will take onto the field against Zambia without midfielder Amanda Dlamini, who suffered a knee injury in the match against Namibia at the Dobsonville Stadium two weeks ago.

“Amanda’s injury is not bad, the scan showed that she will be out for a few weeks, and she will be ready for October,” concluded Pauw.

Banyana Banyana will continue playing friendly matches before travelling to Namibia to battle it out with Cameroon, Algeria and Ghana for a place in the semi-finals of the tournament.

Photo 1 caption: Former SASOL Banyana Banyana captain Amanda Dlamini (right) pictured during a press briefing ahead of the team’s departure for an international friendly against Zambia, as their African Womens’ Championship preparations take shape. Dlamini will sit the friendly out following a non-serious knee injury sustained against Namibia at the Dobsonville Stadium two weeks ago. Photo: Banyana Banyana on Facebook