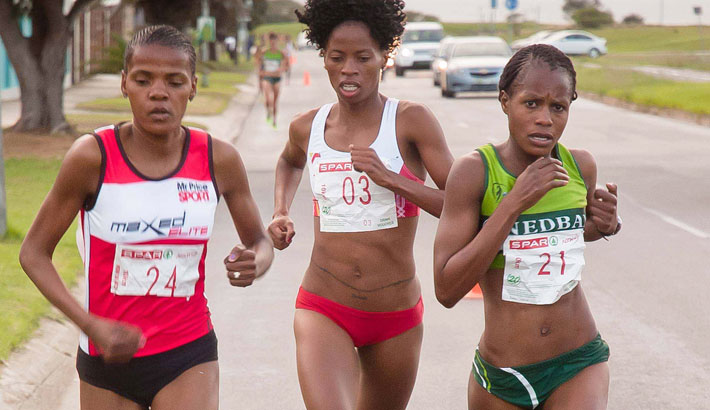 The Port Elizabeth leg of the SPAR Women’s 10km Challenge series at Pollock Beach in Nelson Mandela Bay on Saturday is likely to be a cracker, with some of South Africa’s top road runners battling it out for top spot.

Runners to watch include the winner of the Cape Town leg, Diana-Lebo Phalula, who changed coaches recently and appears to have taken on a new lease of life. Phalula won the Two Oceans Half Marathon on April 19, 0.23 seconds ahead of defending champion Rene Kalmer. They are both running on Saturday and the struggle for dominance in the race could result in a fast time.

Kalmer came a disappointing seventh in Cape Town, just a week after competing in the world half marathon championships in Copenhagen, but she will be going all out to reclaim her title as queen of the road. She did not run last year, because of international commitments, but she has described Port Elizabeth as her favourite race.

While all the runners will be aiming for top spot and the generous prize money on offer, the South Africans will also be trying to earn valuable Grand Prix points. The Grand Prix rewards the top runners competing in the five Challenge races, which are held around South Africa.

The winner will receive a car and the runner-up R30 000. There are also prizes on offer to the top runners in the various age categories.

Kalmer has won the Grand Prix on three occasions, and Van Zyl has won it twice. Phalula has made it known that she intends to maintain her lead at the top of the leaderboard and walk away with the keys to a brand new Nissan Micra, but all the top runners will be going all out to ensure that she doesn’t have it all her own way.

Phalula is currently at the top of the leaderboard with 30 points, followed by Conrad, with 18. Makhanya is in third position, with 16 points. However, with four races still to go, the Grand Prix is wide open.