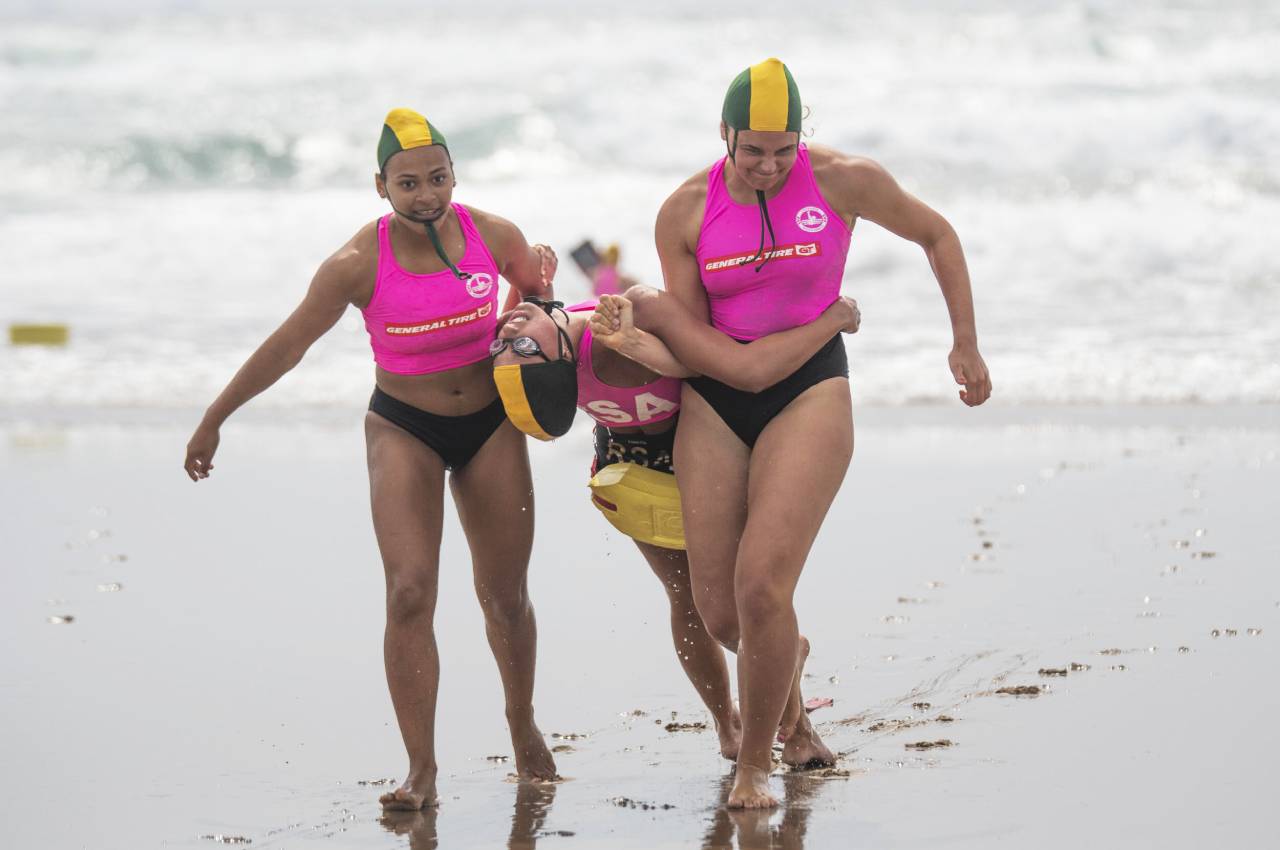 The South Africa and New Zealand teams put the pressure on International Surf Rescue Challenge test one winners Australia during the second test that was shortened by heavy surf conditions at North Beach on Sunday.

Australia showed their dominance on Saturday but it was Sunday’s conditions that levelled the playing fields and saw the Kiwi and South African teams close the gap significantly on a truncated day.

After Saturday’s opening test the Australian team made it clear that they were going to be the team to beat and the defending champions set the bar high for the rest of the teams.

The South African’s finished the first test in third position after a relatively slow start to the competition, but on Sunday a determined team took to the surf and the beach and the number of gold medals increased dramatically.

It was the Notten siblings who combined for the second of the morning’s golds when Anna and Nick won the mixed board relay.

The team swim events saw more dominance from Australia as both the juniors and open races were tightly controlled while the highlight was Prue Davies coming first overall in the open team swim event.

The two youth ski events produced drama aplenty with the surf causing mayhem as they paddled out. It was New Zealand and Australia who dominated the ski races in the heavy surf.

With the sea conditions starting to turn for the worst the safety committee took the decision to suspend water events before both senior ski races.