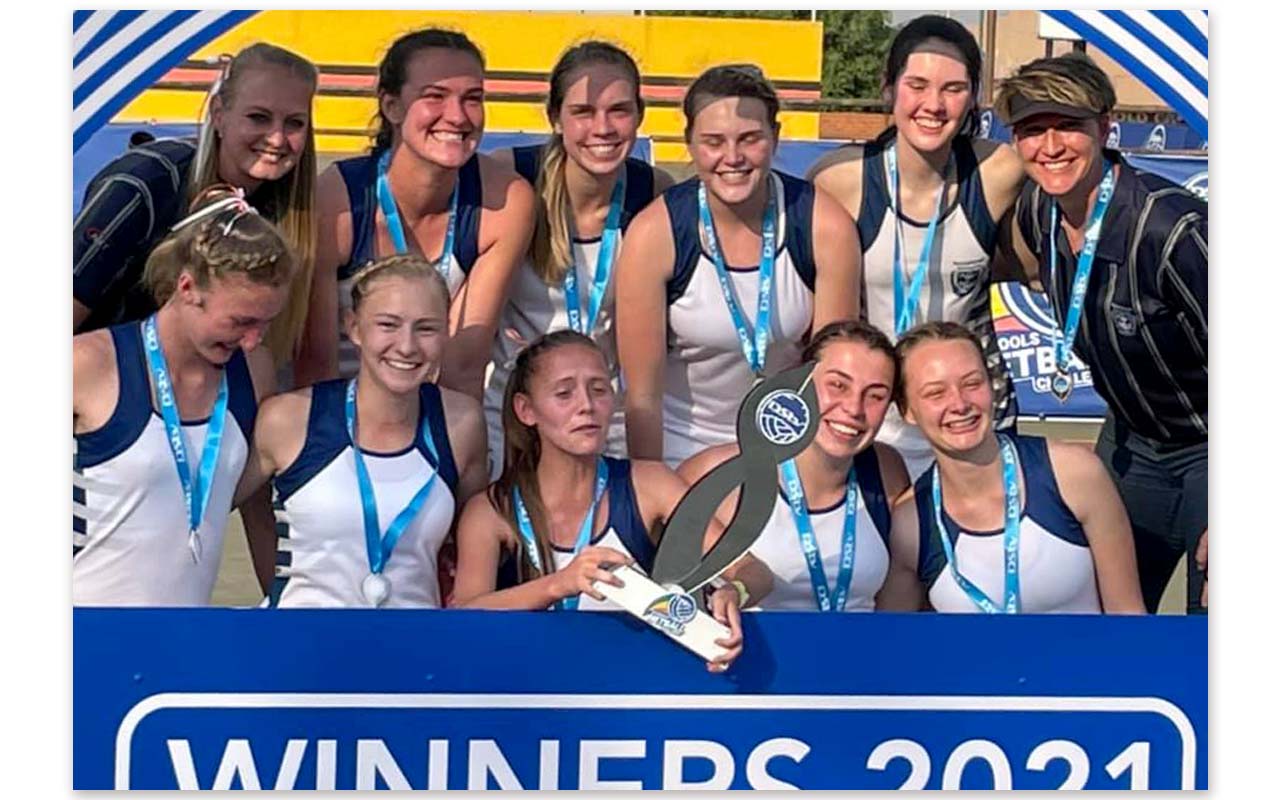 Potchefstroom Gimnasium have been crowned the DStv Schools Netball Champions after beating Hoërskool Menlopark 25-22 to claim the national schools title.

The North West side dominated the match from the first quarter, leading the score board 19-16 at half time.

Coach, Marike Maree says her players were determined to take the title by eliminating the Gauteng sides to the podium.

“This is the girls’ last SA’s, they definitely have a high goal that they have set for themselves.” – Potchefstroom Gimnasium coach, Marike Maree

“The Gauteng schools are all challenging, all of them are at a high standard,” she said.

The two streams, Batho and Ubuntu to give an equal chance to all schools to reach the national finals.

It was a battle of provincial rivals in the Ubuntu finals. Hlabi Secondary School came out victorious in a close contest against Makgofe High School. The team from the Sekhukhune district handed the Capricorn district side a narrow 20-19 defeat.

Hlabi captain, Lebo Letsoalo admitted that the competition was not a walk in the park.

“I am happy about my team. I’m grateful that we got this far. I thank the coaches, principal and teachers that brought us here. The tournament was tough but we tried hard to do our best. We have learnt that netball brings about opportunities, we need to train hard to get to the level that we did today.

“I’m happy that we were on TV. My parents were able to watch and support me. They have given me support and all that I need to play netball,” Hlabi Secondary School captain, Lebo Letsoalo

The DStv Schools Netball Challenge was launched in May aimed at shining the spotlight on future Spar Proteas between the ages of 16 and 19 who play the sport across the country.

MultiChoice Executive Head of Corporate Affairs Collen Dlamini says pitting the two streams against each other was intentional in order to expose all players to the high level of play.

“We were very deliberate by organising this tournament in this fashion where we have urban school competing against rural schools.” – Collen Dlamini, MultiChoice Executive Head of Corporate Affairs

“That’s because we want to uplift the rural schools so that they don’t get left behind. We’ve got the 2023 World Cup coming up and we would like to see a mix of players from rural areas also getting that opportunity to play in the national team.

“We hope this initiative will enable us to achieve those goals. It’s very important that we have that kind of skills transfer, where they will play against each other. That is how they will be able to grow and they will get that exposure as well playing in front of millions of South Africans. They will be scouted by various clubs etcetera. We think we managed to achieve that goal and we are going to double down on that going forward,” says Dlamini.

“I must say in May I thought this was never ever going to happen, but seeing though that the good Lord is on our side, I think COVID was brought to a minimum and we climbed in immediately to give these children an opportunity. Because we just know the kids need the opportunity to play. They need to be part of everything,” says Woolley.

Copy by SuperSport with editing by gsport