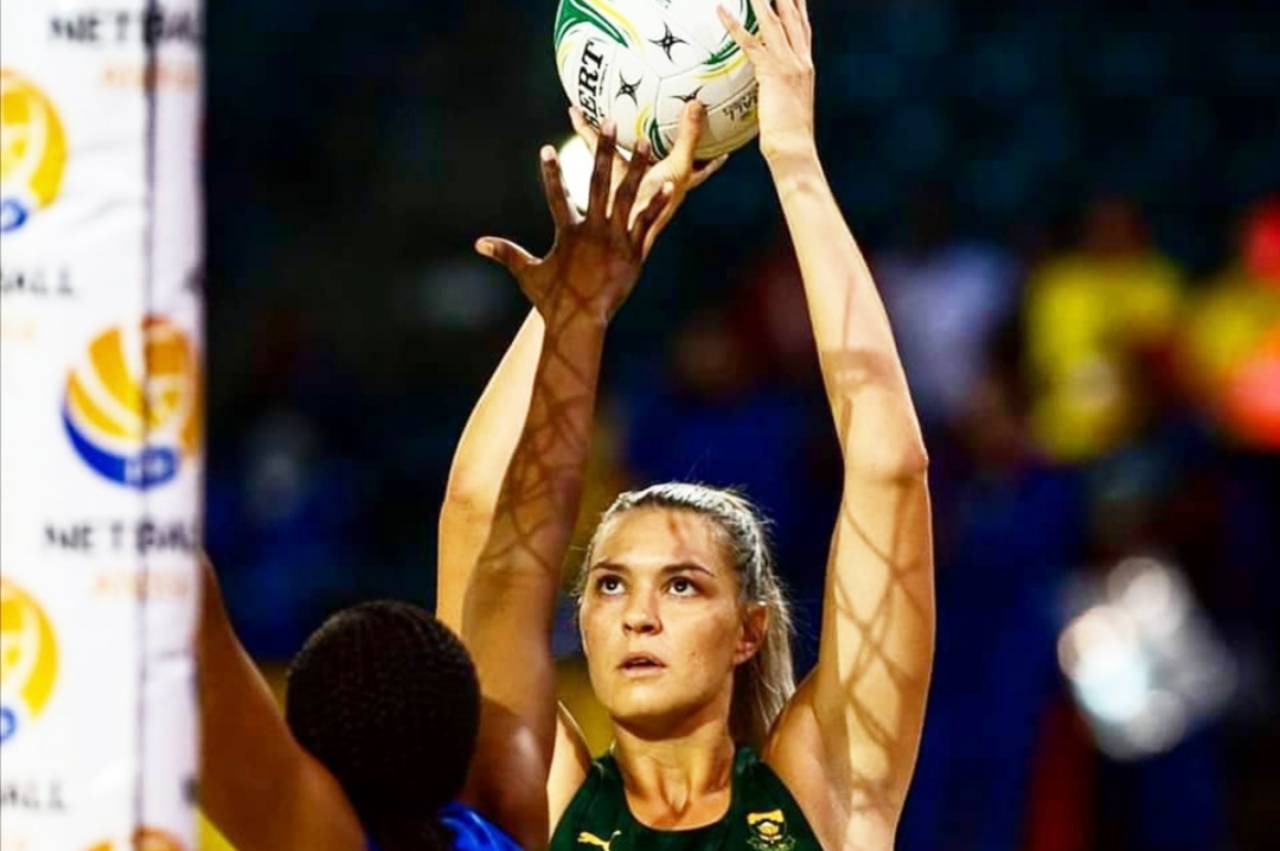 Born in Polokwane, Limpopo, where Potgieter developed her incredible passion and talent for netball playing for Laerskool Pieterberg, she later moved to Pretoria to further her studies and netball career.

Potgieter represented her province of Limpopo at respective provincial netball tournaments, played for the Gauteng Jaguars in the Brutal Fruit Netball Cup for three years as well as turned out for her university in the local varsity championship.

She earned her first international cap at the 2014 Commonwealth Games. Between 2014 and 2019, Potgieter has elevated herself through her outstanding performances and exceptional contribution to both the South African National Team and Australian Super League teams as one of the world’s top ranked players.

2019 was an exceptional year for Potgieter. Her contribution and impeccable shooting prowess saw the SPAR Proteas team recognised as one of the world’s leading teams. This culminated with an incredible showing at the 2019 Netball World Cup in London, where the Proteas narrowly missed out on a place in the final.

Speaking to gsport’s Celine Abrahams, Potgieter recalls her biggest highlights from 2019, provides insights into the progress of the SPAR Proteas team and looks forward to the 2023 Netball World Cup in South Africa.

Lenize, how’s life under COVID-19 lockdown been for you?

My life under lockdown would probably be the same as when I would return from another country when I have just finished the season of netball. I would wake up in the morning, do two or three sessions a day, eat, watch series and hang out with my family when they get home from work. Obviously now, we have been hanging out way more, but that is fine – we do not want to “kill” anyone (laughs).

The only thing that I am not doing right now because of lockdown is going out to have some coffee with my mum or friends that I have not seen in a while. And, even just walking the dogs.

What are you doing to keep yourself motivated?

I have just been training. My aim is to become one of the best shooters in the world one day so that’s already motivation enough. Also, when I go back to my respective teams – the SPAR Proteas and the Adelaide Thunderbirds, I don’t want to regret not putting in the hard yards during the time that I could have done it and I don’t want them to regret choosing me into those teams.

I hate the feeling of letting someone down, so obviously I do not want that at all.

What have been the positives for you during this time?

Spending more time with my family, time that I did not have before and now I do have it. Another positive is trying to learn new skills or trying to work out new programmes with limited equipment that we have and seeing how you can make your brain work and not just stuff being given to you all the time. So, this is a great learning curve.

Looking back at 2019, what were the biggest highlights for you?

It would be the Netball World Cup (in Liverpool). We felt the support from back home and in Liverpool. Everyone was rooting for us; we were the up and coming team that were ready to show off ourselves – the skills and the knowledge that we had gained, and I think we did that.

We made it into the semi-finals that had not been done in 25 years, we lost by two goals against Australia, so that is one of the best memories or highlights of 2019 of my entire life! Other highlights would be going on netball tours with the SPAR Proteas team because we always have the best times and they are like my second family.

Personally, what did you think of your progress and playing an integral part of the SPAR Proteas team?

I believe that there is no “I” in team, obviously everyone keeps improving themselves, but it is due to someone else or due to the team. If it were not for them, I would not have become a better player and be where I am today. Norma Plummer (former SPAR Proteas head coach) and Nicole Cusack (former SPAR Proteas assistant coach) played a massive role in my development, as well as all the coaches before them.

How do you think that Netball South Africa and the SPAR Proteas have changed the view of the sport locally?

I think the way that the SPAR Proteas team has impacted everyone is that we show that we don’t need millions of rands, the best equipment or 20 staff on our team to make us one of the team’s to be recognised. I think it is all about the passion, the heart and not playing for yourself but also playing for your team, your country, for God and showing the talents that He has given you.

I think we have impacted the view of the sport locally in an incredibly positive way. People are talking about netball now. People know who the players are, and it is becoming a semi-professional sport. We get a lot of support from the government, from our sponsors and we have to see where time takes us. We are growing, especially in South African and I cannot wait to see what the future holds.

What do you think still needs to be done to raise the profile of netball in SA? The 2023 Netball World Cup is set to be hosted in Mzansi. From a supporting perspective, do you think by that time we will see more locals attending matches?

I think the way that we can raise the profile of netball in South Africa is by promoting the events that are happening. We have our university events, the Telkom Netball League, SPAR Championships and at the end of the year we usually have our African Cup and getting any team to come to South Africa to play in a national test series, so I think we all need to promote those events more and I am talking about massive advertising with banners or boards. I know we are on TV, but we can do more to promote.

I believe in the mindset of you have to spend money to make money, so maybe if we spend a little bit more to get people’s attention then we can increase the spectatorship and viewership and raise the profile of netball in South Africa. We have made a massive progression over the years, so we will see what the future holds.

I am super excited because it is going to be one of the best events held in South Africa! I think that we have seen after the 2019 World Cup that so many locals attended our international test series and the African Cup at the end of the year which is very promising for us.

If we can start raising awareness of the local events as soon as possible and leading up to the World Cup that will be amazing because we will start to see more of our locals attending the World Cup in 2023. I know that there is going to be a lot of international people coming over because they want to visit South Africa.

I think a lot of locals are going to watch the World Cup, because it is already increasing so I can only imagine what is going to happen in the next three years.

What are you looking forward to the most of playing in this prestigious tournament on home soil?

Playing in front of my home crowd. I do not think there is more pride that you can feel than to sing your national anthem in front of your locals. Just hearing everyone sing it gives me goosebumps! It is such an honour to play in a World Cup and in your country, it is massive and that is what I am looking forward to the most. We just want to show off South Africa to the rest of the world – showing what we are made of, showing the spirit of South Africa because there is none like it, so I can’t wait to surprise them more when the event is being held.

It is what I have mentioned before, becoming the best shooter in the world. It’s very hard with all the talent that is out there, not only in South Africa but also overseas so that is something that is hard to obtain, but if I put in the hard work and run the extra miles then hopefully one day I’ll achieve my dream.

Photo 1 Caption: Born in Polokwane, Limpopo, Lenize Potgieter developed her incredible passion and talent for netball playing for Laerskool Pieterberg. She later moved to Pretoria to further her studies and netball career.  Photo: Lenize Potgieter (Instagram)
Photo 2 Caption: Potgieter represented her province of Limpopo at respective provincial netball tournaments, played for the Gauteng Jaguars in the Brutal Fruit Netball Cup for three years as well as represented her university in the local varsity championship. Photo: Adelaide Thunderbirds (Instagram)
Photo 3 Caption: 2019 was an exceptional year for Potgieter. Her contribution and impeccable shooting prowess enabled the SPAR Proteas team to be recognised as one of the world’s leading teams. This culminated with an incredible showing at the 2019 Netball World Cup in London, where the Proteas narrowly missed out on a place in the final. Photo: Reg Caldecott

Jo Prins is still on cloud nine after being crowned gsport Woman in Media at the 2020 Momentum gsport Awards, where the class of #gsport15 boldly owned their success. In a time where Social... 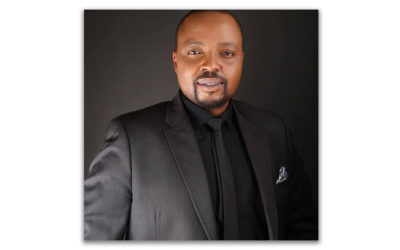 Seasoned broadcaster, Thabiso Sithole, has seen and done it all in South African sport, covering almost every major world event where South African athletes have proudly flown the flag. Over...